When Tashee Capital Gateway was launched in 2010, civilians and military personnel alike bought homes in the project on which the developer abruptly stopped construction in 2016, without specifying a reason. Their story is a cautionary tale for homebuyers.

A total of 538 residential units and 13 shops were to be completed by 2016, but so far not a single unit has been delivered.

Chaddha is one of the 475 buyers who invested their life savings in 2010 to purchase a unit in KNS Infracon Pvt Ltd’s Tashee Capital Gateway, spread over Sector 110 A and Sector 111 in Gurugram, at the border of the national capital Delhi.

Twelve years on, the residential project is stuck. Many have paid 90 percent of the cost of a home in the project; some have even paid 100 percent.

“I bought a flat in Tower D in 2012 and took a loan of around Rs 50 lakh. Since then, I have been paying EMIs (equated monthly installments) as well as rent. The delivery was supposed to take place in 2016 but there is no hope left for us,” said Vikas Hooda, one of the buyers.

Hooda has been fighting a case in the National Consumer Disputes Redressal Commission (NCDRC) for the past five years over the non-delivery of the home that he had been promised.

KNS Infracon was controlled by Kashi Nath Shukla, also chairman and managing director of Tashee Group, who ran for a Lok Sabha seat in 2014 as a Bahujan Samaj Party (BSP) candidate from Maharajganj in Uttar Pradesh.

Tashee Capital Gateway was launched in 2010 and received a licence from the department of town and country planning, Gurugram, in 2011. Built on an area of around 10.46 acres, the project was supposed to consist of 10 towers. The size of the flats ranged between 1,250 sq ft and 3,000 sq ft.

The builder stopped construction in 2016 for reasons that aren’t known.

A total of 538 residential units and 13 shops were to be completed by 2016, but so far not a single unit has been delivered.

Towers A to G (Phase 1) were supposed to have 13 floors, with four flats on each. Three towers in Phase 2–H, I, and J –are in various stages of construction.

Apart from these, the project consisted of two towers meant for Economically Weaker Sections along with two commercial buildings, one community building and a nursery school.

The developer even altered the project’s layout, buyers alleged.

“I invested in getting a corner flat on the ground floor in tower C which was the last tower in the first row as per initial alignment but they later changed the alignment despite charging a high premium for it. Now Tower C is in the middle and there are D and E towers next to it,” said Sandeep Chhikara, another homebuyer.

Buyers alleged that Shukla left the project midway and flew to the UK. He did not appear before the NCDRC during case hearings even once, they said.

KNS Infra sent some letters to homebuyers last year and earlier this year, claiming to be in advanced talks with Swamih Investment Fund 1 for funding the project.

In November 2019, the central government launched the SWAMIH Investment Fund to help complete over 1,500 stalled housing projects, including those that have been declared non-performing assets (NPAs) or had been admitted for insolvency proceedings. The move was to help 4.58 lakh housing units across the country. Only RERA-registered projects with a positive net worth are to be provided funding.

The funds are yet to be released owing to non-compliance with Swamih guidelines, and alleged homebuyers.

A mail sent to Tashee Group and its executives by Moneycontrol elicited no response.

According to Haryana Real Estate Regulatory Authority (HARERA) documents seen by Moneycontrol, Shukla was the MD of KNS Infracon.

Vishnurupa is developing some projects in Amritsar and a search of the Punjab RERA website showed that the contact details in the promoters’ section are the same for Vishnurupa as well as for AIPL Housing and Urban Infrastructure Ltd.

A group of homebuyers moved the NCDRC in 2017 and a final hearing was to take place at the end of 2019 end. Since then, there have been only adjournments. A final hearing is now likely on July 5, 2022.

“Many people have paid almost 90 percent. The builder not only delayed the delivery but also levied arbitrary charges on homebuyers in violation of the Builder-Buyer Agreement,” said lawyer Rekha Agarwal who is representing buyers in the NCDRC.

“The developer appears to have diverted money from one project to another. To further delay the court proceedings, the builder had filed a proxy case in the National Company Law Tribunal (NCLT) for insolvency that has been rejected, and now the final hearing in the NCDRC will take place on July 5,” Agarwal added.

Some buyers moved HRERA in January 2020, seeking compensation for the delay in the delivery of their flats. On July 9, 2021, HRERA directed the developer to pay interest at the prescribed rate of 9.3 percent per annum for every month of a delay from the due date of possession, which was June 7, 2015, till the date of handing over possession.

It directed KNS Infracon to pay the amount within 90 days, but the developer did not comply with the order. KNS Infracon challenged the order in the RERA appellate court, but the appeal was dismissed.

“There are around 30 cases filed in KNS Infra’s case in RERA. The developer has started paying some percentage of the compensation money in some of the cases after the execution commenced post the RERA order. They started paying in December last year after RERA issued warrants asking them to present themselves before the court and comply with the order,” said lawyer Ankit Sharma, who represented Tashee buyers in HRERA.

HRERA had also issued several notices to KNS Infra between 2019 and 2020 for non-compliance with regulatory provisions, but no action was listed against the builder on the RERA website. 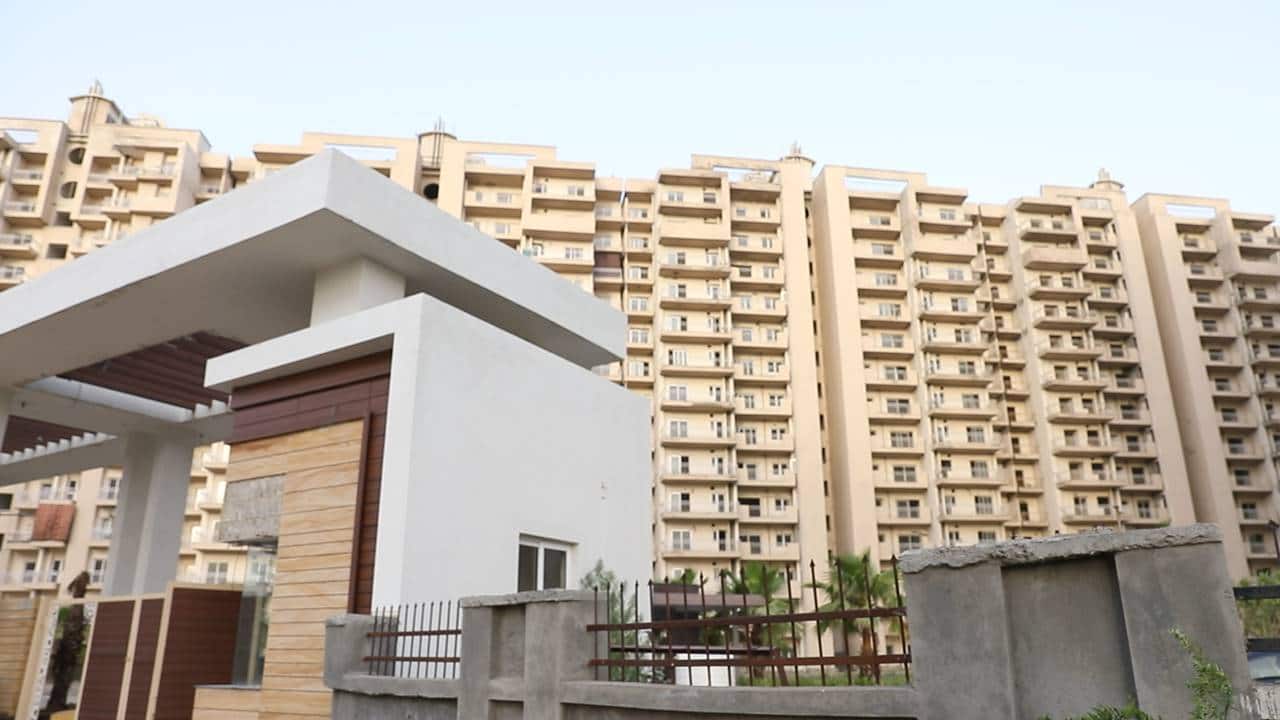 When the NCDRC delivers its ruling on the case, the developer has the option of challenging it in the Supreme Court. Buyers also have other legal alternatives.

“The NCDRC can reinforce and get compensation or a refund for the buyers. It had, in some cases, sent the promoters to jail as well,” said Kumar Mihir, a lawyer. He added that the commission is unlikely to pass an order asking the developer to complete the project.

Then another option available to them is RERA. However, the implementation of the RERA order would be a big challenge. Also, while it would be difficult for the same set of buyers to approach the NCDRC as well as NCLT, a separate group of buyers with support of the minimum required numbers can approach the NCLT as well. Those who have complained to the NCDRC can also withdraw their application and move to the NCLT, Mihir said.

When KNS Infracon launched Tashee Capital Gateway in 2010, many defence personnel joined civilians in purchasing units in the project.

Air Force Group Captain VK Singh said that defence personnel liked the project for several reasons including that it was affordable, close to the Cantt area, a golf sourse, the Defence Staff Officers' Institute (DSOI) in Palam Vihar as well as due to its proximity with Delhi.

“Defence officers get cut off from their roots due to transferable jobs. Finally, when the retirement age comes after over 30 years of service, their lifestyle changes and they find a lot of familiarity with the defence crowd. They are more familiar with the Cantt areas which have facilities like recreation centers, canteen, institutes etc. Since it was affordable, close to Delhi, and also has an ECHS (Ex-Servicemen Contributory Health Scheme) hospital nearby, it became a preferred choice for people like us,” said Singh.

Retired wing commander H S Gulati, one of the homebuyers, said, “Of the buyers, around 30 percent are either from the Indian Army or Air Force who put their hard-earned money into this project. Many of them have retired and are staying either on rent or in alternative accommodation. Some officers are posted across the country and are thus not able to follow up the project on a day-to-day basis."

The buildings in Phase 1 are almost 90 percent complete, so it shouldn’t take more than three months for the developer to complete the project, homebuyers said.

What’s most important is the sincerity of purpose on the part of the developer, said the buyers, who have their hopes pinned on the NCDRC.