Developers say it is difficult to sell or rent apartments that are located in flood prone areas.

The Brihanmumbai Municipal Corporation (BMC), the civic body in charge of the country’s financial capital that is the richest such entity in India, has gone on record saying that flooding in Mumbai is inevitable if there is excess rainfall or if there is heavy rainfall in a shorter span. Given that this is an almost normal annual event now, and with the monsoon having officially made its onset in the metropolis, the focus is back on the city’s real estate, which is one of the biggest casualties of excess rain and waterlogging.

The impact of waterlogging—life can be seriously thrown out of gear—is such that property prices and rentals are also affected. Buyers and residents say that the micro market rate can be 10-20 percent less when it comes to purchasing or renting an apartment in an area that is prone to flooding.

How many and where are the water logging spots?

According to the figures tabled by the BMC in the budget for 2022-23, Mumbai has 386 chronic flooding spots, of which work in 265 had been completed. This figure was updated later to stand at 282 locations that the BMC has taken flood control measures, which means 104 flooding spots are still to be handled. Of these, 68 are in the western suburbs, 25 in the island city and 11 in the eastern suburbs.

Areas like Juhu, Khar, Santacruz and Bandra in the western parts, Dadar TT, Hindu Colony Hindmata and Gandhi Market in Central Mumbai, and Chembur, Govandi and Mankhurd in the eastern suburbs are prone to waterlogging every year. These are localities where the per-square foot rate ranges from as low as Rs 15,000 to as much as Rs 1 lakh. However, owing to waterlogging, several micro areas tend to have less appreciation or owners end up selling or renting at a very low rate.

Have to consider flooding situation before construction

Harshul Savla, managing partner, Suvidha Lifespaces (M Realty), said, “We have to consider factors like flooding or waterlogging before investing in any new construction in Central Mumbai... When it comes to selling or buying apartments in areas where there is waterlogging or floods, the challenge is real.”

Savla added, “The locals in the micro markets do not easily purchase apartments here without discounts of, say, around 20 percent, but (deals with) aspirational buyers who are not locals are easy to close without discounts. However, we construct such projects around six inches above ground to ensure waterlogging is tackled. In the rental market, a discount of 20-25 percent is needed for waterlogged areas, but due to a lot of redevelopment activity in Central Mumbai, these days the demand is always going to be there.” 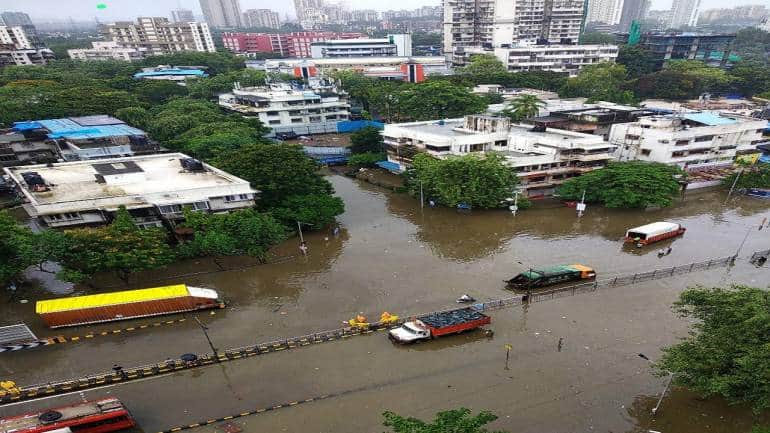 Niranjan Hiranandani, vice-chairperson, National Real Estate Development Council and managing director of Hiranandani Group, a leading Mumbai-based real estate company, said, “It is a challenge to sell apartments or rent them out as customers at times have alternative choices. This is why developers need to plan out meticulous civic planning according to the terrain and topography of the land under development. We have always emphasised on concealed civic planning that allows proper water percolation into the drainage system. Today, customers value such robust civic infrastructure while considering home buying and, thus, it is imperative for developers to invest in infrastructure planning.”

Should you prefer a flood-prone area because it is cheaper?

Eeshanpriya MS, a resident of Dadar, said, “I was previously residing in Hindmata that used to get flooded even if there was 30 minutes of heavy rainfall. I decided to stay there as I was getting a bigger space in my budget, and somehow managed to stay with the waterlogging every monsoon. I had to pay Rs 16,000 rent in which I got a 250 sq. ft house. However, a little away from that place where there is no waterlogging, the rent was the same but the space was hardly 150 sq. ft.”

Clearly, then, one has to weigh the benefits of lower rates with the prospect of being marooned before deciding on taking up residence at such locations 10% discount for western suburbs but difficult to land deals

Several areas including Juhu, Vile Parle, Santacruz, Khar and Bandra in the western suburbs also witness waterlogging every year due to which, locals say, they have to sell apartments at a lower rate, and add that renting out flats is tough despite the discount.

Paramjit Singh Ghai, president of Juhu Vile Parle Development Cooperative Housing Association, said, “Several lanes in Juhu and Vile Parle get flooded every year during the monsoon. The BMC has taken up work but despite this there is flooding. Due to this, several areas in Juhu, Khar and Santacruz are going at over 10 percent to 15 per cent discount around the year. Despite the discount, it is difficult to crack the deal.”

What is the authority doing?

The BMC blames the climate change crisis and adds that the city has been pounded by cyclones in the last two years. Civic officials said that the city is ready to handle 60-70 mm of rainfall on a per-hour basis, but if the city receives around 200 mm of rainfall in a shorter span, then it would be a problem and will lead to waterlogging. Aaditya Thackeray, the son of Maharashtra chief minister Uddhav Thackeray and guardian minister of Mumbai Suburban district, too a month ago had said, “If the city witnessed over 200 mm of rainfall in a day, any city—not just Mumbai—would see flash floods.”

As part of its annual exercise, the BMC has put more than 500 pumps on standby to drain water quickly in case of heavy rains. It is also ready to call on the National Disaster Response Force and seek help from the Indian Army and Indian Navy including the Coast Guard in case of critical situations.