The regulator's push is slowly helping in better COVID-19 claim settlement. Approach the insurer or ombudsman in case of unfair settlement.

Note to readers: On Thursday, Moneycontrol highlighted the relatively lesser-known health insurance claims and disputes that insured COVID-19 patients have seen over the last one year, in the first of our two-part series. The focus on this issue continues today, along with the path to possible resolution.

When COVID-19 pandemic hit the Indian shores, many were not prepared to deal with the financial drain it caused. This is not surprising given the low insurance penetration in the country. However, even those who were covered could not escape unscathed, due to the hospital-insurer tussle.

As disputes between insurers and hospitals over overcharging, capping of rates by state governments and General Insurance Council rate structure turned ugly, patient-policyholders were left in a lurch.

“More so, because of the ambiguity over reserved beds for insured patients. On the one hand, some neither allotted such beds nor charged rates fixed by state governments to insured policyholders on the grounds that those did not apply to insured patients. And on the other, insurers refused to pay these charges in full, citing state government capping,” explains Malini Aisola, Co-convener of the NGO Campaign for Dignified and Affordable Healthcare.

In June 2020, the GI Council came up with the indicative rate chart specifying the tariff to be used to make claim payments. It advised insurers to pay claims as per government rates or in cases where this was not applicable, follow the indicative rate chart. Aisola holds lack of regulation and more importantly, lack of enforcement by the government agencies responsible for policyholders’ catch-22 situation.

New Delhi resident Nalin Bist (name changed) faced a similar predicament when his mother had to be admitted to a private hospital for COVID-19 treatment. The hospitalisation cost was Rs 1.9 lakh, but the insurer agreed to pay only Rs 1 lakh, citing Delhi government rate ceilings. “Finally, I approached the insurance ombudsman, who passed an order that the insurer cannot make deductions on the basis of government order and rate structure,” he explains. The insurer now has to make an additional payment of Rs 55,000 to Bist.

Insurers made such deductions on the grounds of the ‘reasonable and customary charges’ clause in the IRDAI Health Insurance Guidelines 2016. Put simply, charges for the ailment should be in line with prevailing rates in the geographical location for similar types of services.

However, Mumbai-based activist Gaurang Damani, who had filed a PIL in the Bombay High Court in 2011, which led to the formulation of health insurance regulations, disagrees. “Claims cannot be

arbitrarily rejected under 'Reasonable and Customary charges' clause,” he says, citing the deliberations at the Bombay HC. He has written to the IRDAI chairman, raising objections to this clause in its health insurance guidelines. “Since the Regulations supersede the guidelines, IRDA must immediately remove clause 37 (pertaining to reasonable charges) in the guidelines. IRDAI must proactively prevent any future unfair usage of such conflicting clauses…,” the email, which Moneycontrol has seen, says.

Also awaited is the progress on petition filed in the Delhi High Court by advocate Talha Abdul Rahman on behalf his client. The latter’s insurer paid less than Rs 2 lakh out of the Rs 9 lakh that he had incurred for his father’s hospitalisation, citing the Delhi government’s charges cap.

Lengthy stay due to COVID complications

COVID-19 has never stopped surprising ever since the outbreak. Uncertainty over its impact on individuals’ health, effectiveness of rapidly-evolving drugs as well as therapies and patients’ response to treatment. There were cases of patients suffering from after-effects long after recovery. “We witnessed cases were some patients had to be hospitalised for up to 60 days. Physical investigation was not possible in such cases due to restrictions on visitors. So, we had to take these on board in good faith. However, 90 percent of patients were discharged in seven to eight days,” explains Girish Rao, MD and CEO, Vidal Health TPA.

Earlier this year, the regulator issued an advisory asking insurers to settle claims as per their cashless agreements with network hospitals. In the absence such an agreement, the IRDAI asked insurers to enter into one, after using GI Council and state government rates as reference points.

Earlier, deductions were being made even for cashless claims, according to insurance brokers. “When insurers approve cashless pre-authorisation, the customer trusts the company to regulate the pricing through its cashless network agreement with the hospital. Why penalise policyholder for choosing cashless network?” asks Anuj Jindal, Co-founder and CEO, Sureclaim.in. If the insurer feels that the hospital has overcharged, then it should hold the hospital responsible. “The policyholder’s bill should not exceed the tariff,” he adds.

After IRDAI’s intervention, however, there seems to be some improvement on the ground. “In cashless claims, the maximum amount is being paid out, with fewer deductions. Insurers and TPAs are taking into account the government and GI Council tariff card for reimbursement claims,” says a senior claim official at a private insurance broker. However, the actual impact will be known in the coming days as hospitalisation cases inch upwards. 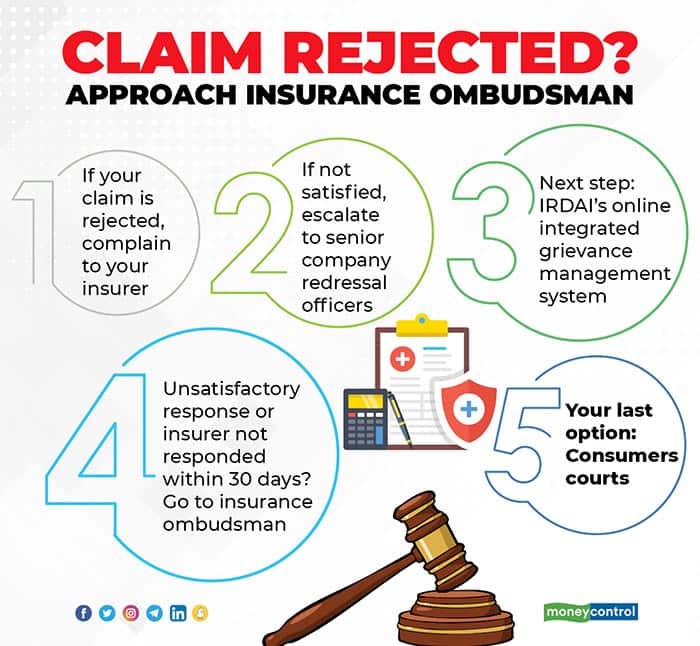 If the company rejects your cashless claim, do not give up. “The insurance company may take the stance that hospitalisation was not necessary as the symptoms were mild (just throat irritation or runny nose). This is when you can take the reimbursement claims route – we have successfully contested such rejections and argued that they were termed risky cases by doctors,” explains Jindal.

If all else fails, you can approach the IRDAI and the Insurance Ombudsman. Earlier, Mumbai Insurance Ombudsman had stated that complaints around partial claim payouts were among the top-most COVID-19 grievances his office had received. Like in case of Bist, the ombudsman will conduct a hearing and pass an order that is binding on insurers. However, you must follow-up and ensure that the insurer adheres to the order and makes the payment if the verdict is in your favour. If it does not comply with the order within 30 days, it will have shell out interest – at the rate of two percentage points over the prevailing bank rate – as per the Protection of Policyholders Regulations, 2017.

Preeti Kulkarni is a financial journalist with over 13 years of experience. Based in Mumbai, she covers the personal finance beat for Moneycontrol. She focusses primarily on insurance, banking, taxation and financial planning
Tags: #Health Insurance #insurance
first published: Mar 19, 2021 09:55 am