NAVI and Zerodha have their base in Bengaluru, while Bajaj Finserv will operate its mutual funds business from Pune

Nimesh Chandan, former head of investments (equities) at Canara Robeco mutual fund has joined Bajaj Finserv’s upcoming mutual fund yesterday at its headquarters in Pune, on January 27. In August 2021, the fund house had announced that it had got its in-principle license from the capital market regulator, Securities and Exchange Board of India (SEBI). With Chandan on board as the head of investments, the fund house has now started the process of  building the rest of its team, including its fixed income group.

Pune gets its first mutual fund (MF) house headquartered in the city. Most fund houses have their headquarters in Mumbai.

Last year, NAVI Asset Management (AMC) set up its own headquarters in Bengaluru after it acquired Essel AMC. Zerodha’s upcoming fund house is also to be based in Bengaluru.

MF and distribution industry officials say that this is mainly because the sponsor companies prefer to keep their mutual funds arms’ head offices close to where they are. For instance, the Bajaj group is based in Pune. 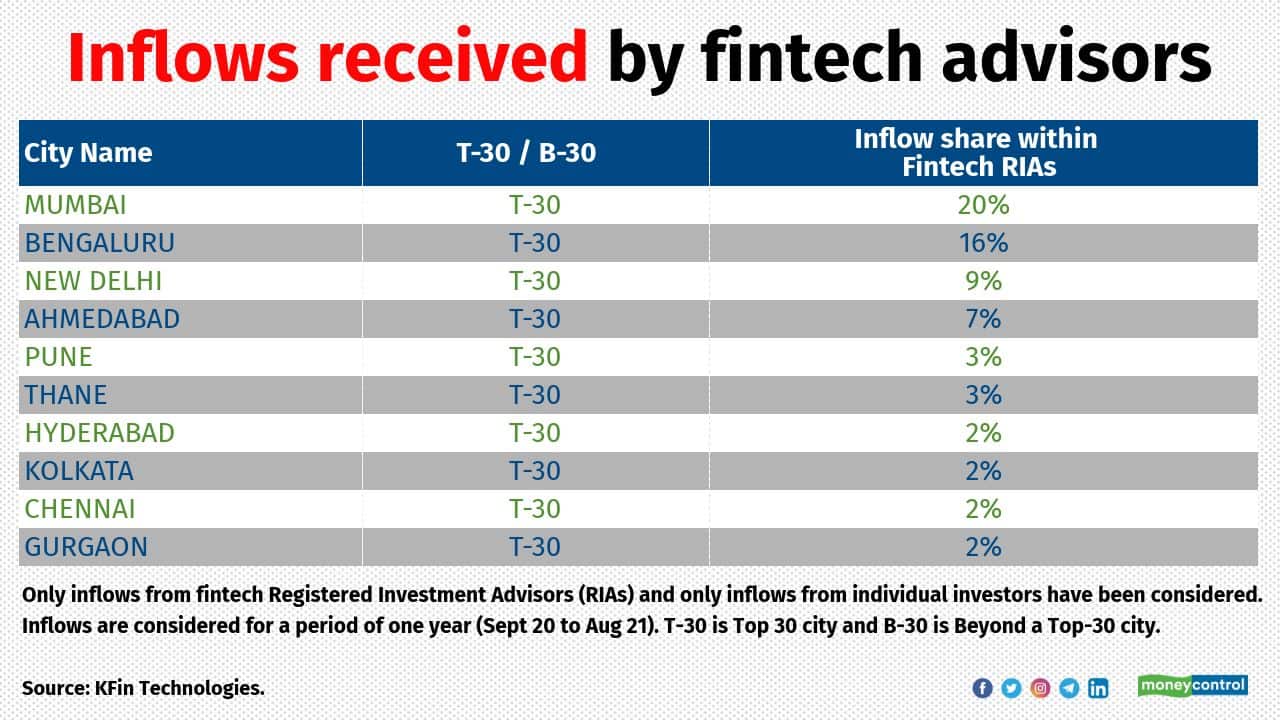 Bajaj Finserv and Bajaj Finance are based in Pune, and so is its insurance joint venture, Bajaj Allianz. Both NAVI group and Zerodha are based in Bengaluru. “Fund houses set by large corporate firms that come with a long vintage prefer to keep their group offices close by. It just makes it easier for senior management across group companies to interact, meet,” says Pune-based distributor Amit Bivalkar, director at Sapient Wealth.

To be sure, there have been fund houses in the past that have been set up outside Mumbai. But that was ages ago. Sundaram mutual fund was set up in 1996 in Chennai. Again, to be close to the Chennai-based Sundaram group of companies. Even Franklin Templeton splits its main operations between Mumbai and Chennai, still. Although Franklin Templeton has had its headquarters in Mumbai since the time it set shop in India in in 1996, it acquired Chennai-based Pioneer ITI mutual fund in 2002. Despite this, Pioneer ITI’s equity fund management team continued to sit and operate in Chennai (it still does).

Calls to Bajaj mutual fund’s Chandan went unanswered. Its CEO Ganesh Mohan declined to speak as the fund officials haven’t yet started to speak with the media, pending a formal launch.

Although mutual fund investors from all corners of India, the onset of Covid-19 has also hastened to the digitization of MF investments. Increasingly, more investors have been investing in MFs through online distributors. 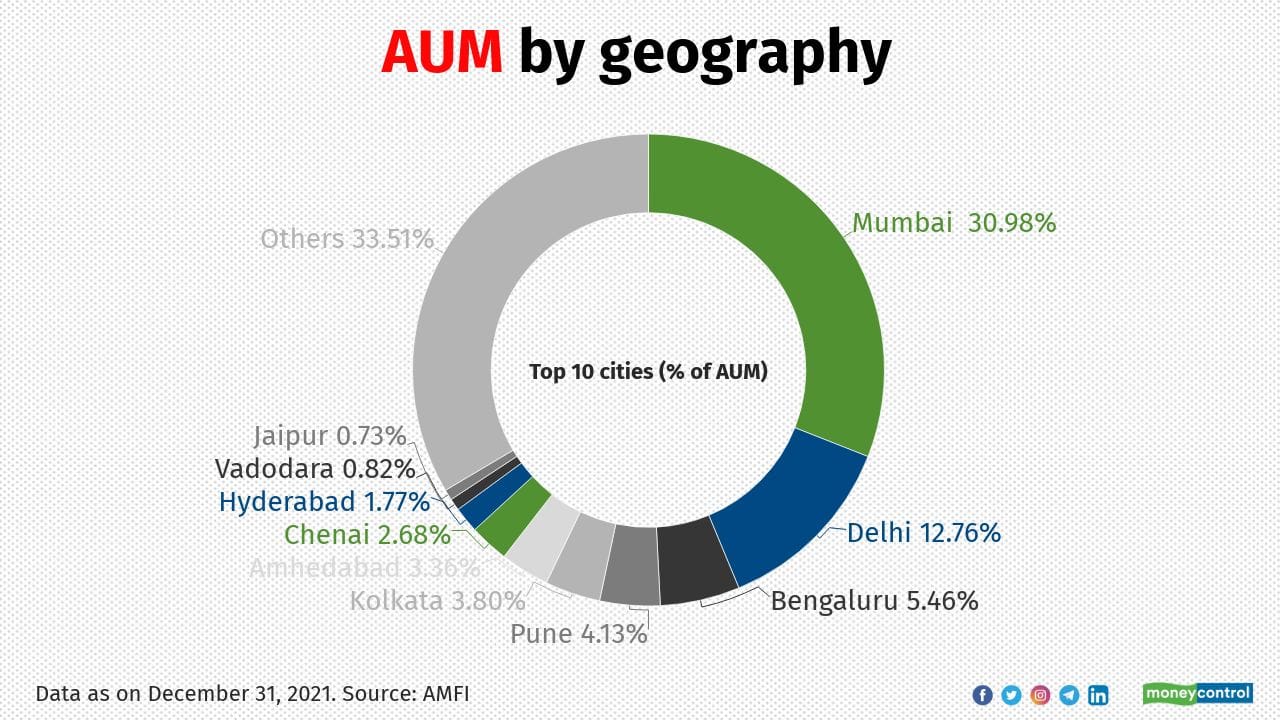 With roughly 16 percent of MF inflows in such digital fintech firms coming from Bengaluru, it’s hardly any surprise that both Zerodha and NAVI- fintech firms- have chosen to set up their offices, hundreds of miles away from Dalal street.

Bengaluru and Pune also figure among the five largest cities in India as per the MF industry’s assets under management (AUM) <see table>. “As investors have shifted to investing in MFs, so have fund managers shifted to working from home (WFH), like in so many other industries. Now, WFH may be temporary, but we don’t need to be around Mumbai anymore,” says a fund manager on condition of anonymity.

Pune-based distributor Rishabh Parakh, a chartered accountant and mentor of NRP CAPITALS, a MF distribution firm, says that the setting up of a Pune-based AMC helps the local distribution community, who otherwise have to travel to Mumbai to interact with top fund managers. “Having any AMC's head office in Pune will undoubtedly benefit the distributor community in Pune and surrounding areas because of easy access to the top management, which can help in doing a lot of things collaboratively to reach out to customers because most local distributors will have the majority of their clients in their own city.”

(Dhuraivel Gunasekaran contributed to the story)

Kayezad E Adajania heads the personal finance bureau at Moneycontrol. He has been covering mutual funds and personal finance for the past two decades, having worked in Mint and Outlook Money magazine. Kayezad was the founding member of Mint’s personal finance team when it was set up in 2009.
Tags: #invest #Mutual Funds
first published: Jan 28, 2022 10:26 am