The interest rates offered by banks have been on a downward trajectory, in keeping with the reduction in rates by the Reserve Bank of India (RBI). Even so, there are still some banks that offer interest rates above 6 percent on one-year fixed deposits (FDs), according to data compiled by BankBazaar. 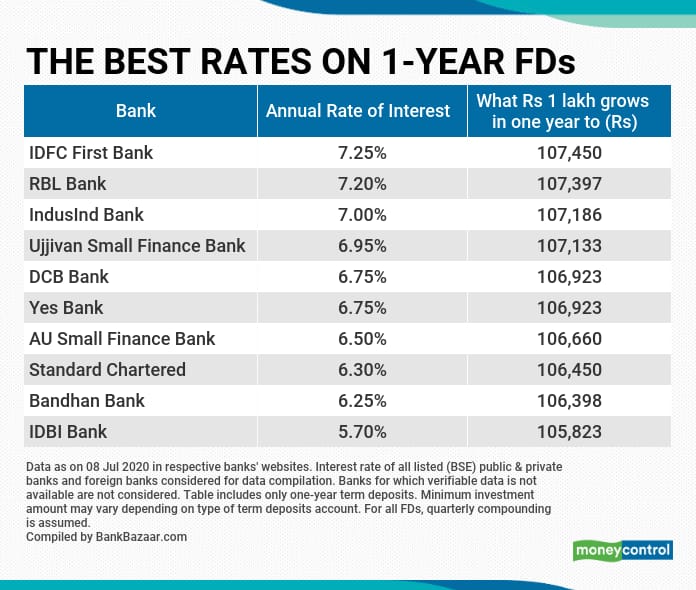 You won’t typically find large public and private sector banks in this list because they have a wide depositor base do not need to offer higher rates to attract customers. HDFC Bank, ICICI Bank and Kotak Mahindra Bank offer 5.25 percent, 5.15 per cent and 4.75 per cent respectively on their one-year FDs. The top two public sector banks, the State Bank of India (SBI) and Bank of Baroda (BOB) pay 5.10 per cent. Smaller banks typically offer higher rates because they need to attract investor funds. Private sector banks have a wide range of interest rates from 7.25 per cent to 4.25 per cent for a one-year term deposit.

The interest rate on a one-year FD varies substantially among foreign banks. Standard Chartered makes it to top-10 FD rates, but other popular foreign banks such as HSBC and CITI Bank are offering 3.25 per cent and 3 per cent, respectively.