'Union Budget will be game changer; these 3 stocks could turn multibaggers in Modi 2.0'

We are very selective in NBFCs as the dust has to settle with the churning out of the "men from the boys", says Sanjiv Bhasin

The upcoming Union Budget would be a game changer as the Centre could unleash a host of measures after receiving a strong mandate.

Sectors to think for portfolio addition are consumption, with discretionary being the real game changer, and autos being the favorite in them, Sanjiv Bhasin, Executive Vice President - Markets & Corporate Affairs at IIFL said in an interview to Moneycontrol's Sunil Shankar Matkar.

Q: Do you see India outperforming emerging markets for the rest of the year (2H2019), especially after a strong run-up since February? Have your revised the targets for Sensex and Nifty?

A: Yes, as the Federal Reserve gets dovish and indicates neutral stance, we expect yields to soften up to 2 percent, which means the USD also sees weakness. The biggest gainers would be emerging markets with India and Brazil being key beneficiaries. 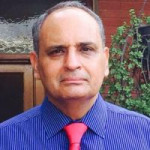 Also, US President Trump and Chinese President Xi to meet end of this month and any truce could see risk on rally for second half of the year.

Thirdly, in the Indian context, the Budget could be game changer which could see the strongest ever mandate for the government, see consumption and rural income supplement give fillip to a lackluster economic performance.

Q: The two-wheeler space has seen recovery in the last few weeks. Are you a buyer now or wait for some time?

A: It is the best time to buy as we think the Budget will address the fall out of the link of lending by NBFCs and spur rural consumption by sops to acknowledge the big mandate of the government and also see rural incomes rise.

The other positive would be a good onset of delayed monsoon which we think will be much more wide spread in second half of July onward. Also valuations of select 2-wheeler are extremely attractive after the correction.

Q: What is your view on the power sector as the government came out with a 100-day agenda to resolve issues in the space?

A: Power supply has seen immense growth with also cost of power getting cheaper. However transmission and distribution losses continue to hurt distributors. We also have seen immense success in metering with legal frame work improvement & recovery of dues getting stronger.

We expect the government to improve state receivables to discoms by issuance of bonds which could improve liquidity concerns of major suppliers.

Q: As there is no strong demand for jewellery, homes, cars, etc but the demand for AC sales is strong, what is your thought on the overall consumption space?

A: Yes, consumer durables are doing very well after a long winter hurt most players in the north. However, onset of the strongest summer in over three decades has set the "cat amongst the pigeons" as air conditioners and other white good sales have jumped to their highest level in over 4 years and companies in white goods indicating over 50 percent jump in volumes.

We think weather anomaly could continue this summer and lower cost of money could see other white goods like, washing machines, dryers and micro waves, etc. see more traction in the coming months.

Q: What are your expectations from the Union Budget as it is the first by Modi 2.0 government? Will it be a game-changer?

A: Yes, it would be a game changer as strongest ever mandate could see government unleash a host of measures as under:
1. Rural income reprieve and supplement to gain more consumption lead spending
2. Liquidity infusion by bridging the gap between banks and the end user with new norms for NBFC
3. Instilling confidence in the lending system and removing the mistrust presently hurting growth
4. Infrastructure spending with job creation, government capex and prompting more investments into large projects with participation by corporates

5. Consumption, investment and exports thrust as these three are the key to India returning to the path of double digit growth.

Q: There is a lot of nervousness in the NBFC sector and a lot of stocks hit badly. Do you feel valuations are attractive enough and, hence, are you a buyer in the space?

A: Very selective as the dust has to settle with the churning out of the "men from the boys". However, we expect more colour from the government in the Budget with new norms for governance and compliance and more measures for liquidity with the missing trust being restored.

Bajaj Finance, LIC Housing and Cholamandalam Investment are the three favourites with L&T Finance being a dark horse given its strong promoter and liquidity management better then others.

Q: What are the key sectors and the stock ideas for portfolio addition, which could turn multibaggers in Modi 2.0?

A: Consumption with discretionary being the real game changer and autos being the favorite in them. Investment with infra spending on roads, ports, airports, etc. being the driver for GDP growth.

3. NBCC - Biggest government player in construction in tier-1, 2 and 3 cities with key development of land banks and other projects of errant builders being done by them.