5 digits on Nifty possible in June, pharma to be leader of next bull run: Sanjiv Bhasin

Auto could be the star for the 2nd half of the year as streamlining of BS4-6 now over with last 2 years growth appetite making a huge comeback as the new normal sees reduction in public transport & shared mobility.

We think Indian pharma stocks will be the leaders of the next bull run for the 2-3 years as earnings, volumes & growth to outperform. Also, the need for medicine stocking may be more psychological which could drive higher volumes both globally & locally, Sanjiv Bhasin, Director at IIFL, said in an interview to Moneycontrol's Sunil Shankar Matkar.

Q: Do you think it is really possible for the United States to start a fresh tariff war with China given the current health and economic situation?

There will be rhetoric to divert the attention of the huge loss of lives in the US with President Trump also concentrating on his elections in November. We think it will be more rhetoric rather than any meaningful action. Either way India is in a sweet spot as World over will rethink outsourcing from China with India to grab share provided we rise to the occasion with simplification of entry barriers & incentives to invest in India offered to potential investors. So for India it could be a boon as World over China sees dissent rising even though most may not make such feelings public.

Q: Pharma has been a great outperformer in the last one-and-half-month given the world's focus towards the sector. Do you think the rally is sustainable going forward and is it the right time to enter into the sector? 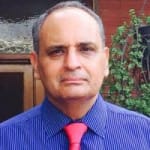 After almost 4 years of under performance, Pharma seems to have regained its lost 'mojo' in the last 2 months as focus globally turns towards this sector. We think Indian pharma stocks will be the leaders of the next bull run for the next 2/3 years as earnings, volumes & growth will see outperform. Also the need for medicine stocking may be more psychological which could drive higher volumes both globally & locally.

Q: The market made an attempt to move towards 10,000 on the Nifty in April. Is the level attainable?

There was a very strong bounce in April after the decimation in March. Lack of early stimulus from the Government coupled with weak global cues has seen early May see a huge rise in volatility. We expect May 1st half to be volatile with global cues, weak earnings & weak macros seeing ETF related outflows.

However, most of the bad news being priced in, a surprise Government stimulus larger than expected coupled with US markets seeing resumption of rally & locally lockdown reopening in tranches should see a retest of 10,000/10,500 by mid to late June.

Q: Given a lot of opportunities available in the market and expected new opportunities to be created in the COVID-19 crisis, what are those five stocks to bet on and which can create humongous value for shareholders by next year?

TCS: It should be a clear winner given that the work from home theme will extend to normal time also being introduced with client books being strong & good hedge against the rupee.

Reliance Industries: The Facebook deal has set the cat amongst the pigeons as data & digital social media seem the new winners with company now looking to becoming the fastest tech play in India.

Cipla: Pedigree pharma stock seeing huge re rating as it becomes best play on generic, API & export play with a strong pipeline of drugs both approved & under approval.

HDFC: It will be the biggest gainer in the mortgage lending business as it gains market share & raises money at the lowest rates as markets distinguish between the best in business & enable company to gain market share as economic activity resumes. (People bank of China) Buying a huge stake indicates the pedigree the company enjoys globally.

Hero MotoCorp: Excellent rabi crop coupled with return of food security will see rural incomes rise as the government gives more incentive to farmers in the shape of lower borrowing rates etc. Also the new norm will see reduction in public transport & shared mobility which will see 2 wheelers being the biggest gainers both in rural and urban India.

Q: Auto has taken a huge beating given the slowdown in the sector before and now. Do you think one should look at auto now given the attractive valuations or better to stay away for the time being, why?

Auto could be the star for the 2nd half of the year as streamlining of BS4-6 now over with last 2 years growth appetite making a huge comeback as the new normal sees reduction in public transport & shared mobility. The other positive would be lower rates as a precursor to global money printing being done will see pass on effect to the customer which would spur demand & thirdly emission norms will see huge changes which could be game changer for commercial vehicles.

Q: Have you seen any change in the behaviour of retail investors in the current COVID-19-led steep fall and situation, compared to earlier crisis (2008 GFC, 2000 IT boom etc)?

The retail investor has over the last 4 years after demonetisation realized that equity as an asset class is a necessity and the spread from just 3 percent of our population in equity has spread to almost 5 percent now which can accelerate to over 12 percent in next 5 years.

The smart retail investor has used this great fear as an opportunity to increase his asset allocation to equity. Also, the present debt crisis in some select mutual funds will see equity inflows get stronger in the near and slightly longer term.

Q: The market has been eagerly waiting for a bigger stimulus package which can help the economy revive faster. Do you think it is possible for government to announce a big package given the fiscal stress?

The government has taken a measured approach in providing the stimulus, with first health, second poor and third taxation relief steps being announced. The wait till the curve flattens is now coming to an end and we expect that before the lockdown finally ends on May 17, we could see a sweet package to cover the entire MSME, NBFC and other industries most in need, with an extension of moratorium and relief to common man being the theme.