Trouble in Motown! Auto sector which is 49% of manufacturing GDP looks for rescue

A bruised and battered automobile industry was left gobsmacked when none other than Dr. Krishnamurthy Subramanian dismissed the worst-in-two-decades crisis it is reeling under. India’s chief economic advisor perfunctorily remarked on July 12 in Hyderabad that it was “just one part of the economy”. The overall manufacturing sector “is doing well”, and “there is steel and others which are doing well”, he said.

The alarming crisis in the auto industry was downplayed by contrasting it with a “buoyant” domestic steel industry which, too, is suffering from increased imports in reality in the wake of worsening global trade war between the US and China. Moreover, it is pleading for protection through increased safeguard duties.

The auto industry contributes 7.5 percent of India’s GDP and a whopping 49 percent of manufacturing GDP with a large economic multiplier impact.

According to the Industry body SIAM, the industry directly employs eight million people in the manufacturing and services sector including dealerships. When one considers the extensive backward and forward linkages that include among others small financiers, drivers and fuel pump attendants, the number swells to around 40 million people. 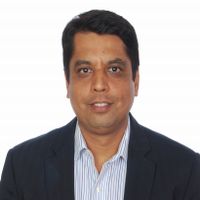 The industry’s woes started around September-October 2018 when a confluence of disparate events halted the steady growth it had witnessed over the previous few years.

In anticipation of buoyant sales during the festival season manufacturers had planned their production schedules. A ruling by IRDA to buy increased insurance upfront for three to five years for various categories of vehicles, a sudden spike in fuel prices, increase in axle loading norms for commercial vehicles (CVs) by around 20 percent were compounded by the IL&FS defaults.

The IL&FS defaults has metastasized in various parts of the economy and has dealt a body blow to aggregate demand in many consumption-focused sectors including autos.

Many NBFCs were scrambling for rollover of their liabilities at stiff borrowing rates and were forced to slam brakes impacting growth in sectors such as autos and housing finance.

What has followed is a severe crisis of confidence and all-pervading fear psychosis among borrowers, as well as lenders, who have started doubting the solidity of balance sheets of counter parties.

It was in a sense an epochal mini-Lehman moment for India which has pushed many other large, highly-leveraged corporate groups on the brink of default pressurizing an-already fragile banking sector groaning under a mountain of non-performing loans.

It is in this environment of heightened risk aversion that the auto industry was looking forward to pro-active measures from the policymakers to help resuscitate demand.

Sales have been in a free fall for the last eight months despite heavy discounting. The industry has invested thousands of crores in upgrading their products to comply with the BS-VI emission norms that have been made mandatory from April 1, 2020.

Whereas Europe gave 10 years for its advanced industry to switch from Euro-IV to Euro-VI in 2 stages, Indian manufacturers are being forced to switch in just three years.

Some senior policymakers recount with glee how they compelled the manufacturers to fast-forward the switch or face heavy consequences. Activist Courts haven’t helped either.

By disallowing registration of non-BS-VI compliant vehicles from April 1, 2020, manufacturers will be forced to curtail production of BS-IV vehicles from the start of 2H FY19-20.

In an environment of slowing demand for vehicles, this switch will add a substantial 10 to 15 percent to the cost of vehicles. Similarly, large investments running into a few thousand crores have been made by Oil refiners for lowering sulphur content of fuel before the switch.

An anxious industry that has invested thousands of crores and is concerned about the evolution of demand for BS-VI vehicles from FY 20-21 was stunned when one of the influential policymakers issued an ultimatum that they needed to prepare themselves for a complete switch to EVs in case of three-wheelers by 2023 and two-wheelers by 2025 without any thought to the creation of charging infrastructure, costs of lithium-ion batteries as also the fact that there is Chinese chokehold on the rare earth metals that go into these batteries.

The geo-economic dangers of being dependent solely on an adversary like China as against scores of crude oil suppliers is something the policymakers need to ponder on.

Even the incentives offered for EVs in the budget are paltry: 10 percent for two-wheelers and 3-4 percent for cars over five years whereas the price difference vis-à-vis a similar-sized IC vehicle is more than double.

Many companies have resorted to production shutdowns to align with plummeting sales. The auto component industry body ACMA (that employs five million people) fears that massive job losses to the tune of one million are inevitable if the situation is not addressed immediately.

Haryana (Gurugram) and Maharashtra (Pune) are two of India’s largest auto hubs, and assembly polls are due in both the states in October.

The immediate pro-active intervention of policymakers alone can stem this precipitous slide. For years, policymakers have talked about a cash-for-clunkers scheme on the lines unveiled by the US after Lehman crisis without any forward movement.

GST rates on lower-priced commuter bikes, small cars, three-wheelers, LCVs and farm equipment including tractors need to be lowered to 18 percent from a forbiddingly high 28 percent.

Imposing an additional cess of Rs 2 per litre on petrol and diesel has led to an increase in the overall cost of operations for the transport industry and consumers further aggravating the slowdown in the industry. Partial relief from this stiff imposition should be considered.

The problem of reduced availability of consumer finance (for sectors like autos) through NBFCs was sought to be addressed in the Budget.

The budget offered relief to the beleaguered NBFC sector by urging public sector banks to purchase high-rated pooled assets of financially sound NBFCs, amounting to a total of Rs 1 lakh crore during the current financial year with the government providing one-time six months' partial credit guarantee to PSBs for first loss of up to 10 percent.

However, this kind of “moral suasion” has rarely worked in India as PSBs have become highly risk-averse. A similar nudge to buy securitized pool of assets after the ILFS bust has not helped solve the problem.

A bold measure like the Troubled Asset Relief Program (TARP) is the need of the hour. TARP was used successfully by the US Treasury to revive its frozen credit markets and restore economic growth by buying troubled companies’ assets and shares.

It is time the policymakers from Niti Aayog, Transport and Finance Ministries heed our Prime Minister's clarion call of “Sabka Saath, Sabka Vikas and Sabka Vishwas”.

(The author is CEO (PMS) at Prabhudas Lilladher)