The Indian market ended in the green on May 19, enduring profit-booking towards the end of the session, amid positive global cues.

Sectorally, the action was seen in telecom, power, utilities, auto, while profit-taking was seen in capital goods, energy, realty and banks.

Maximum call OI of 14.95 lakh contracts was seen at 9,300 strike, which will act as crucial resistance in the May series.

Maximum put OI of 22.02 lakh contracts was seen at 9,000 strike, which will act as crucial support in the May series. 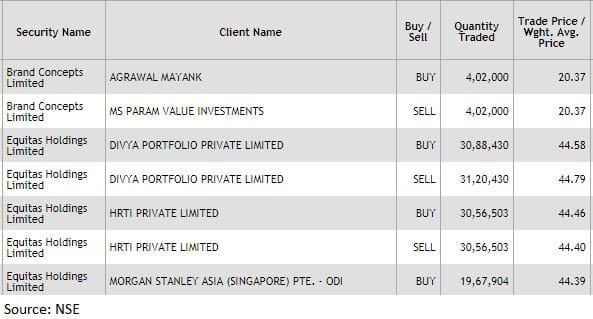 Healthcare Global Enterprises: Buena Vista Fund bought another 5,15,634 shares in the company at Rs 103.99 per share.

Stock under F&O ban on NSEVodafone Idea is under the F&O ban for May 20. Securities in the ban period under the F&O segment include companies in which the security has crossed 95 percent of the market-wide position limit.
Nishant Kumar
Tags: #Market Cues #markets #Trade Setup #video
first published: May 19, 2020 09:14 pm