Since we have major events and data lined up, volatility is inevitable, thus we suggest focusing more on risk management, especially for the leveraged trades.

India stock markets saw volatile trading and settled with a cut of nearly a percent, taking a breather after the recent rally. Participants were in the profit-taking mood from the beginning, citing weak global cues and not so encouraging earnings announcements. The news that IMF had lowered its growth forecast for India further dented the sentiments.

After three days of decline, the benchmark indices recouped some of its weekly losses, thanks to the decline in the crude oil prices and buying in select index majors. Amid all, the broader indices showed resilience and posted decent gains. 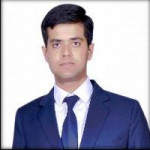 This week is going to be critical not only for the financial markets but also for the economy as the Union budget is scheduled on February 1.

Earnings and derivatives expiry of the January month contracts will also be the focus. Among the corporates, Maruti Suzuki, State Bank of India, Hindustan Unilever and Tech Mahindra are some of the big names which will be announcing their results along with others.

We reiterate our view that a decisive breakout above 12,400 will trigger a fresh surge in the Nifty, else consolidation will continue. However, the support zone has shifted slightly lower to 12,100 and 11,900 levels.

Since we have major events and data lined up, volatility is inevitable, thus we suggest focusing more on risk management, especially for the leveraged trades. While the signals are mixed from the cyclical pack, defensive viz pharma and FMCG are looking strong, so plan your positions accordingly.

Here are 3 top stocks that can give good returns:

After spending nearly three months in a range, of late Bata India has witnessed a fresh breakout from its consolidation range. Importantly, the price breakout was accompanied by a sharp rise in the volume, adding to the confirmation. In short, all indications are in favour of the up move to continue.

The PSU banking pack has been struggling for the last several years and Canara Bank is no different. It recently made few attempts to surpass the resistance zone of 200 EMA on the daily chart but in vain and that resulted in the formation of a fresh shorting pivot.

Punjab National Bank (PNB) has been trading in a downtrend in line with other PSU banking counters and there’s still no sign of a reversal.

It is currently trading within a triangle formation and trading closer to the lower band of the pattern. Indications are in the favour of a fresh breakdown in the near future.

D-Street Talk | Don't put all eggs in one basket, instead buy multiple baskets