Intensification of rural focused measures in budget to back FMCG sector

When the FY20 interim budget was presented in February, the macro backdrop appeared fragile largely due to rural distress. Consumption slowdown was visible mainly for the durables and largely attributed to the liquidity crunch arising out of the crisis in the NBFC sector.

The FMCG sector was seen as a relatively shining space in the economy as staple demand in rural areas was relatively stable ahead of urban demand.

However, five months past the interim budget, macro backdrop and consumption story is strikingly worrisome. Rural demand which was about 1.3 times urban demand has petered down to 1.1 times in Q4 FY19 for prominent companies such as HUL and Dabur.

In the upcoming budget, we expect intensification of rural-focused policy measures which can perk up rural demand. Policy measures calibrated to improve farm income, avenues in agriculture and allied services, direct benefit transfer (subsidy), rural employment schemes, and income support schemes shall help in rural consumption demand. Here, we highlight few areas which sets the context for such measures. 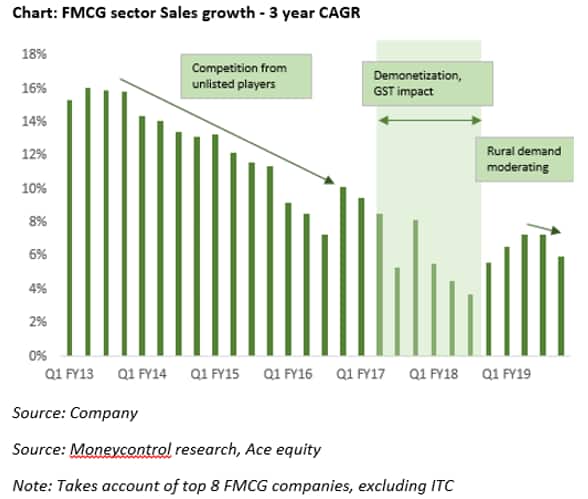 Ways and means to increase direct income support would likely be explored particularly when other traditional means of support such as MSP (Minimum Support Scheme) have not been effective enough.

Firstly, targeting farm focused subsidy schemes could intensify. In the interim budget, there was an increase in allocation for Urea and food subsidy by 11 and 8 percent respectively. Notwithstanding the news flow that part of the subsidy allocation particularly for petroleum was carried over from FY19 to FY20, there could be step up in allocation due to proven efficiency of direct benefit transfer.

Secondly, in the interim budget, assured income support for marginal farmers (Pradhan Mantri KIsan SAmman Nidhi (PM-KISAN) was announced which amounts to direct income support of Rs 6000 / year per person. Earlier targeted for 12 crore small and marginal farmers having a land holding up to 2 hectares, this scheme under recent extension is applicable for all farmers. Thus the estimates for this scheme are now Rs 87,000 crore vs. earlier Rs 75,000 crore for FY20. There is an expectation for further expansion in the scope of scheme in terms of per capita income support.

One of the reason behind weak translation of MSP as an effective crop buying price is the inadequate infrastructure. We believe that there would be higher allocation for the food processing value chain which starts from a justified procurement policy to an enabling environment for food processing. Last year, budget allocation for the food and distribution department had a 75 percent increase compared to FY18 actuals. 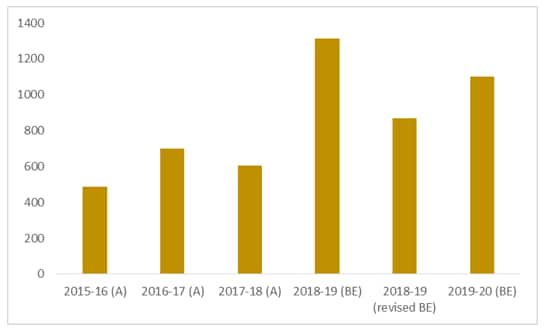 Other aspect of interim budget allocation which was disappointing compared to last year’s budget estimates was the agriculture allied sector.  We expect higher emphasis for aquaculture and dairy sectors which have also been one of the most stressed sector in recent times.

We may also witness further impetus for rural infrastructure in the form of digital villages. As per last update, Government targets for 1,00,000 digital villages which would be connected through Wi-Fi and  assist residents in entrepreneurship opportunities such as setting up cottage industries.

Given the subdued demand scenario, wish list for budget expectations could be much longer. However, fiscal constraints puts a cap on what can pragmatically be achieved. Further, there are challenges with respect to resource mobilization.

While GST collections are lower than expected, potential leeway given to the US on account of trade negotiation can further dent the indirect tax collections. We may see non-traditional avenues of resource mobilization which includes and not limited to acceleration in disinvestment targets.

Having said that, political and economic onus on government is high with respect to the need to revive rural economy. And hence, we might see targeted allocation which are more efficient.  In this context, companies such as Dabur, Emami and HUL which have 40-50% sales from the rural economy should benefit. Further, companies exposed to food processing industry such as ITC, Prataap Snacks and Parag Milk should also be kept under watch.

How will US student visa restriction impact Indians?