In the US, consumer spending held up well despite decades-high inflation, and showed more evidence that they’re dipping into their savings to support purchases.

India and Malaysia are among several Asian countries restricting exports of certain key commodities as nations try to safeguard supplies over concerns of food security and inflation.

Thai producers of sugar, chicken and rice look set to benefit as they enjoy strong harvests this year after back-to-back droughts. Meantime, Brazilians faced the highest-ever levels of hunger in the pandemic, disproportionately affecting the poor and women.

In the US, consumer spending held up well despite decades-high inflation, and showed more evidence that they’re dipping into their savings to support purchases. China’s economy remained deep in a slump in May as lockdowns continued to weigh on activity.

Here are some of the charts that appeared on Bloomberg this week on the latest developments in the global economy: India will restrict sugar exports as a precautionary measure to safeguard its own food supplies, another act of protectionism after banning wheat sales just over a week ago. The country was the world’s biggest sugar exporter after Brazil last year, and counts Bangladesh, Indonesia, Malaysia and Dubai among its top customers. 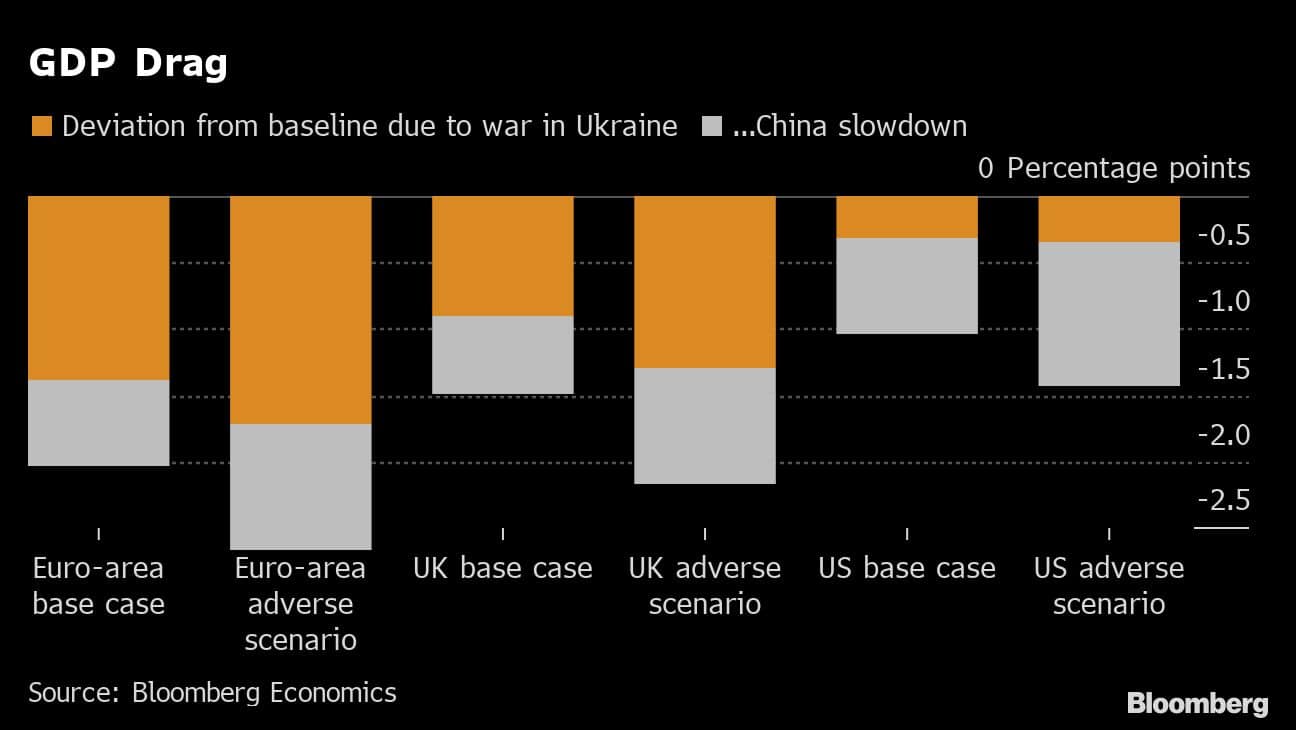 The double crises of Russia’s invasion of Ukraine and China’s new pandemic lockdowns are jolting the world recovery by exacerbating inflation and hurting growth, according to new research from Bloomberg Economics. Central banks in Pakistan, Ghana, Israel, Nigeria, New Zealand, South Korea and Guatemala hiked interest rates this week. Policy makers in Russia cut rates in an effort to prop up its economy, but it has still boosted more than lowered rates for the year. 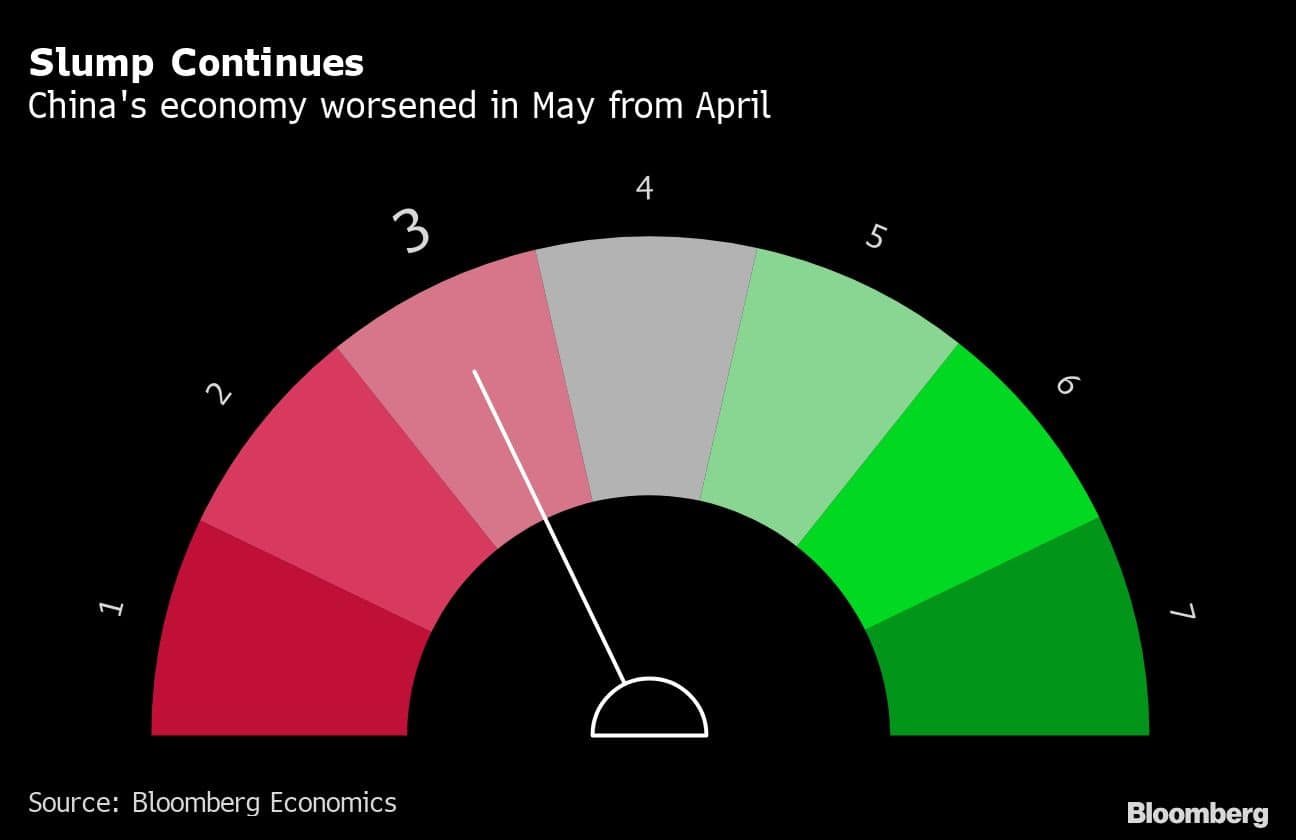 China’s economy remained deep in a slump in May as lockdowns continued to weigh on activity, and as the threat of omicron and expanded restrictions dampened sentiment. That’s the outlook based on Bloomberg’s aggregate index of eight early indicators for this month. A plate of chicken rice, one of Singapore’s most popular meals, is poised to get more expensive after Malaysia moved to restrict exports. “If it’s persistent and, more worryingly, reflective of more protectionist measures by other countries over food security and inflation concerns, then this could be a lose-lose scenario for everyone,” said Selena Ling, head of Treasury Research & Strategy at Oversea-Chinese Banking Corp. Thailand -- a major exporter of sugar, chickens and rice -- looks set to benefit as many of its Asian neighbors limit shipments of agricultural commodities to shelter consumers from surging prices.

The rising food protectionism and price rallies are welcome news for Thai producers that are enjoying strong harvests this year after back-to-back droughts. 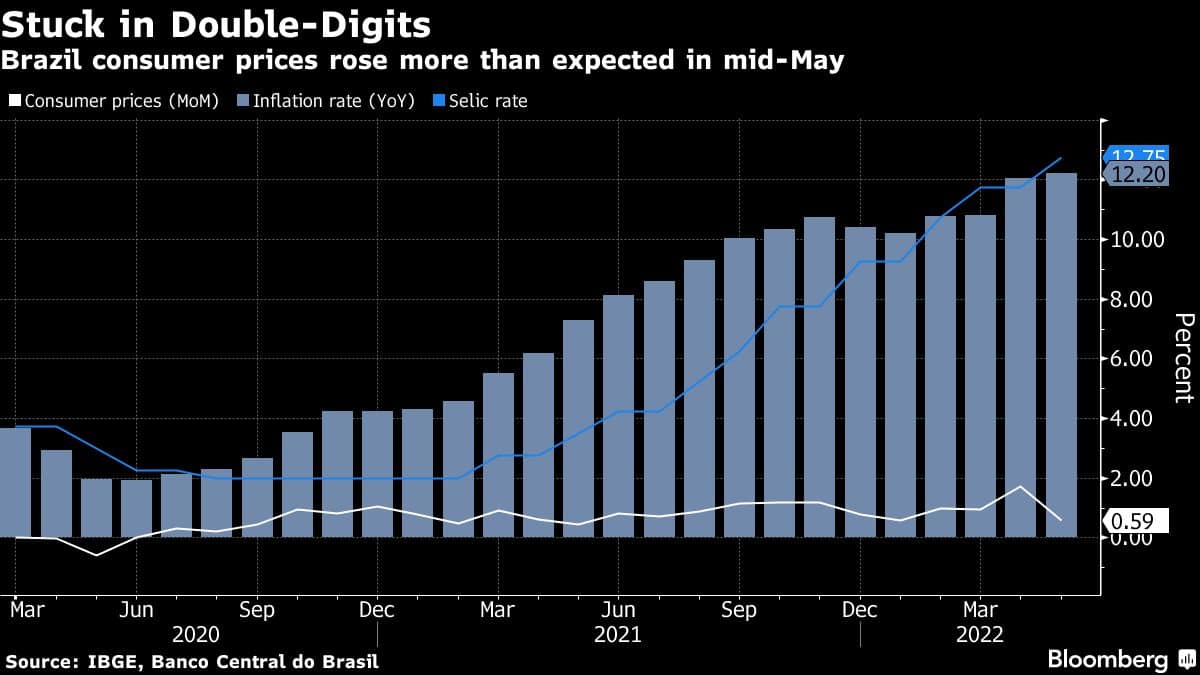 Brazil consumer prices jumped more than forecast on food and transportation costs, as policy makers weigh how much longer they will extend interest rate hikes. Brazil endured its highest levels of hunger on record during the coronavirus pandemic, according to a new report, highlighting the acute struggles facing the poor before elections in Latin America’s largest economy. 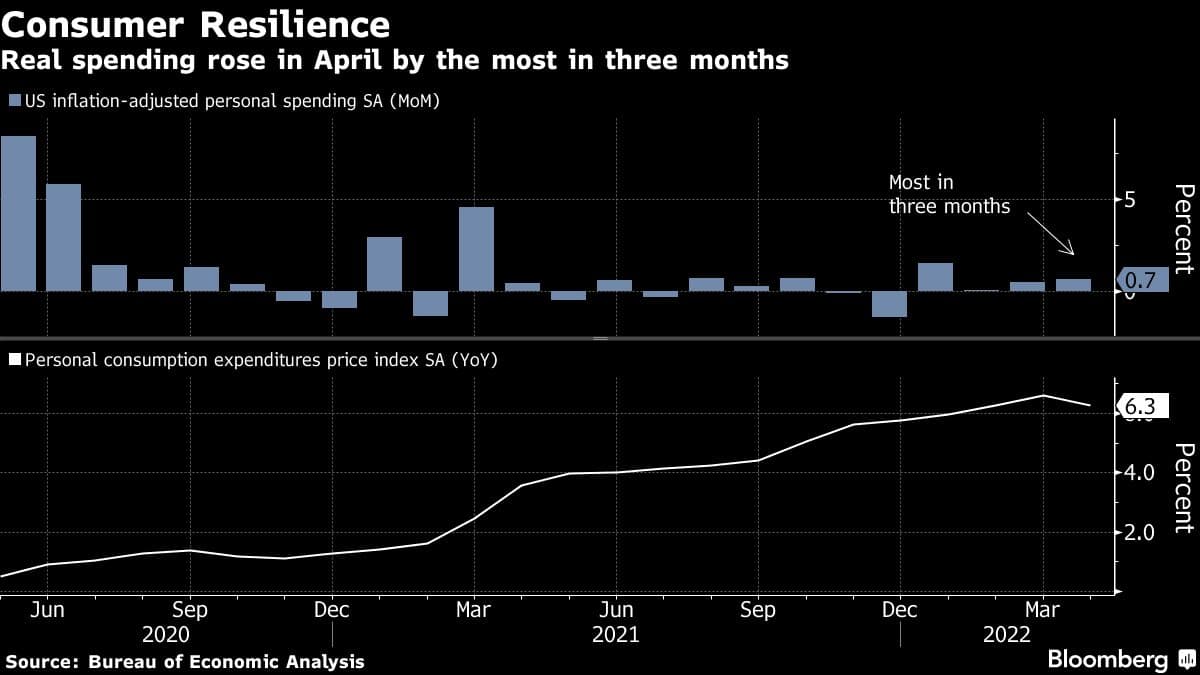 US inflation-adjusted consumer spending rose in April by the most in three months, indicating households were holding up in the face of persistent price pressures by dipping into savings. 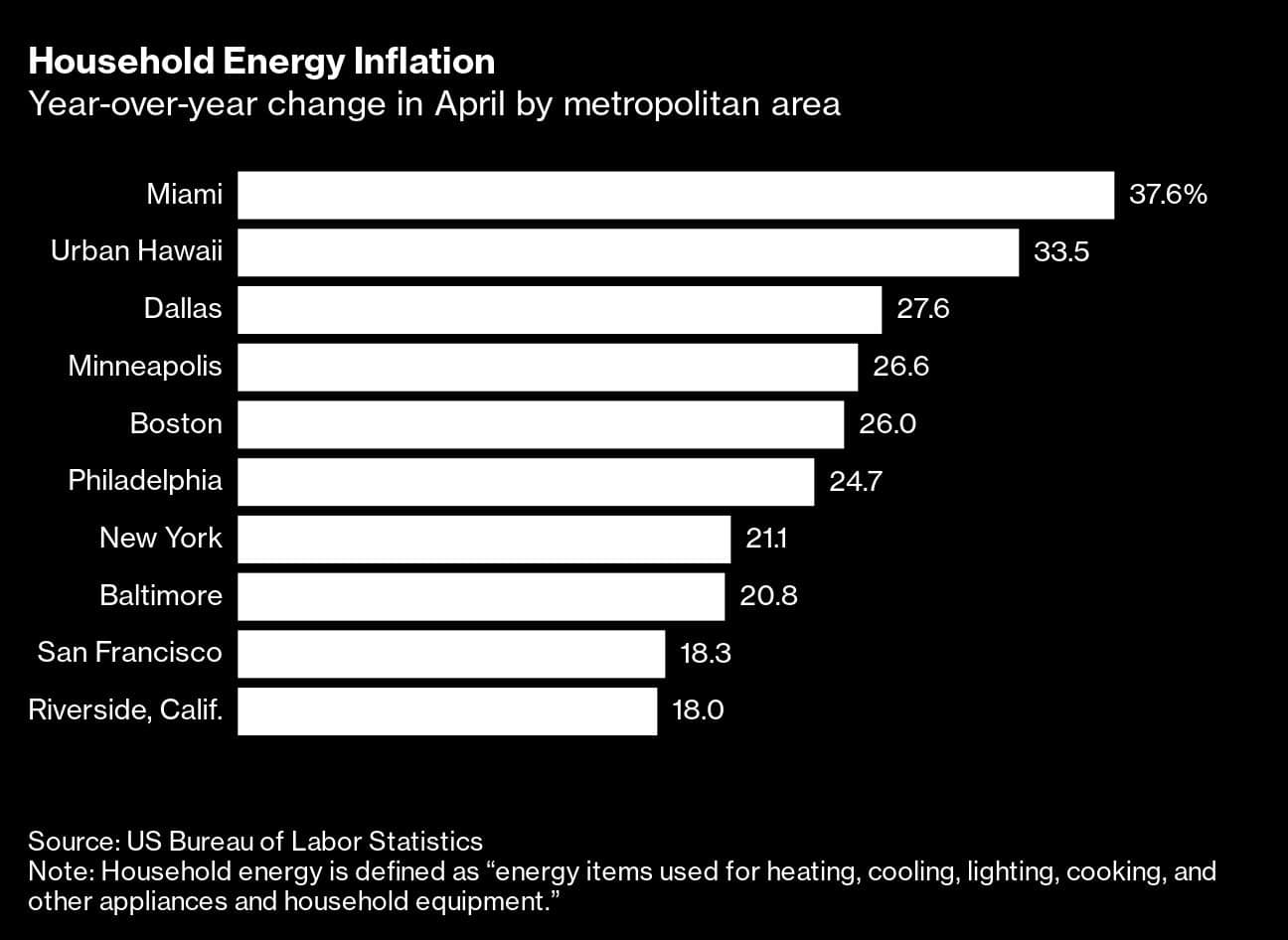 US residential electricity rates have been surging for months and are poised to climb even higher this summer on a combination of tight supplies of natural gas and coal, an unrelenting drought in the Western US, and a nationwide forecast for extreme heat. More Americans are quitting their jobs than ever, and fewer are sticking around in their new positions. Among workers who took a new job in 2021, the share who had been in their previous position for less than 12 months rose by 6.5% compared with a year earlier, data compiled by LinkedIn show. Investments in Germany supported Europe’s largest economy in the first quarter, allowing it to cope with the headwinds caused by the pandemic and the war in Ukraine.