The report says that advertising, finance, healthcare, consumer, and aerospace are some of the sectors leading AI adoption, however, growth is expected to be strong across every industry

A robot displays a photograph it took of attendees at the Oberthur Technologies stand at the Mobile World Congress in Barcelona, Spain March 1, 2017. REUTERS/Paul Hanna - RTS110I2

In the next eight years, revenue from Artificial Intelligence (AI) market will grow 25-fold to be more than Rs 3.9 lakh crore by 2025. This year the revenues globally stood at Rs 15,628 crore, according to a report by Tractica, a market intelligence firm that focuses on human interaction with technology.

The recent track of investments into the field is equally encouraging. In last four years, the investments into AI companies rose by almost 10-times reflecting the interest and investor sentiment regarding the new technology.

The surging interest in implementing AI systems among institutions and companies across the world is responsible for the exponential growth projection. The forecast is an upgrade of Tractica’s previous projection for AI market growth “owing to a greater than anticipated pace of change and development in the AI sector.” 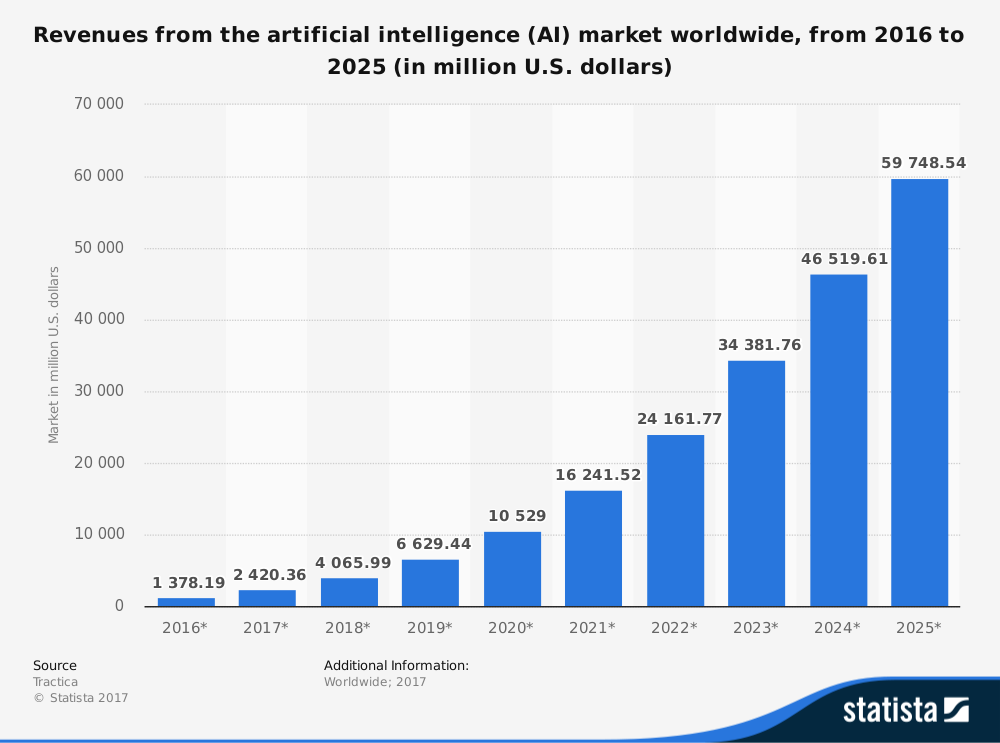 The report says that advertising, finance, healthcare, consumer, and aerospace are some of the sectors leading AI adoption, however, growth is expected to be strong across every industry.

“Artificial intelligence has applications and use cases in almost every industry vertical and is considered the next big technological shift, similar to past shifts like the industrial revolution, the computer age, and the smartphone revolution,” says research director Aditya Kaul.

The research firm also predicts that worldwide shipment of consumer robots will also increase fivefold in next five years. The number of units supplied will be 50.7 million in 2022 from 10 million in 2016. In the same period, the market will grow threefold to Rs 85,958 crore. Consumer robotics is shifting from cleaning robots to robotic personal assistants or family companions, experts say. “In addition, robotic toys, which, until now, were largely gimmicks, are transforming into interactive connected play devices that have virtually limitless possibilities, as well as useful educational tools as a part of science, technology, engineering, and math (STEM)-based curriculum,” says research analyst Manoj Sahi.

Similarly, the mobile augmented reality market will grow 25 times to be Rs 1.2 lakh crore. The expanding use for mobile AR will lead to growth from 34 crore unique monthly active users (MAUs) globally in 2016 to nearly 190 crore MAUs by 2022, the report says. 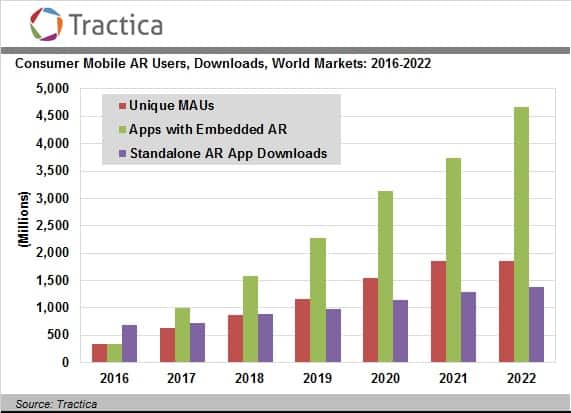 According to experts, mobile AR market will continue to leap as AR will start to become an increasingly embedded mobile capability through software development kits (SDKs) and other strategies, and AR will live within social media platforms, e-commerce apps, maps, and business applications.

“Mobile AR will power one of the next great user interface applications – visual search – and will, therefore, play a central role in determining the future success of internet giants,” says principal analyst with Tractica, Mark Beccue.

The rise of AI and AR has prompted large multinational companies to acquire startups working in the field. Recently, Google acquired four-month-old Bengaluru-based startup Halli Labs. This was its 12th acquisition of a startup working in the field since 2012. 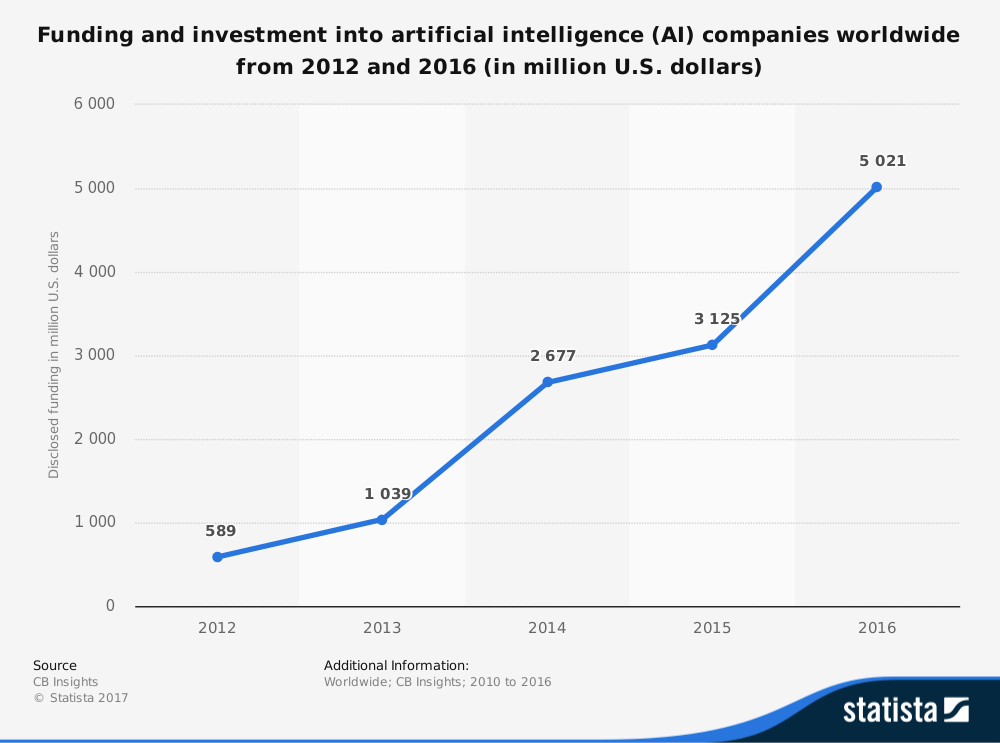 Worldwide, there have been a slew of mergers and acquisitions by MNCs. The auto major Ford, which is working on autopilot cars, acquired Argo AI for Rs 6,492 crore. Similarly, Amazon, Baidu, Facebook and Intel has been on an acquisition spree. Resultantly, the total investments in this field have reached Rs 32,589 crore.
Tags: #Artificial Intelligence #Business #DATA STORY #Technology
first published: Oct 16, 2017 09:20 am