Will discuss listing at our next board meet in a couple of weeks: Leo Puri

In Securities and Exchange Board of India’s (SEBI) last board meeting for 2017 on December 28, the market regulator has said that no entity can have stake in more than one mutual fund up to over 10 percent. One instance would be UTI Mutual Fund (MF) where State Bank of India (SBI), Bank of Baroda (BoB), Punjab National Bank (PNB), LIC, the sharehnolders, all have their own separate MF units.

In Securities and Exchange Board of India’s (SEBI) last board meeting for 2017 on December 28, the market regulator has said that no entity can have stake in more than one mutual fund up to over 10 percent. One instance would be UTI Mutual Fund (MF) where State Bank of India (SBI), Bank of Baroda (BoB), Punjab National Bank (PNB), LIC, the sharehnolders, all have their own separate MF units.

In an interview with CNBC-TV18, Leo Puri, Managing Director of UTI AMC shared his take on what is in-store for UTI MF in 2018.

Cross holdings in AMCs have never been encouraged, he said.

Speaking on UTI’s listing, he said that the UTI AMC board has recommended to proceed down the path of listing. In 2008, Finance Ministry had given a formal approval for such a process to be initiated, but the markets were not supportive, he added.

Will discuss listing at our next board meet in a couple of weeks, said Puri. 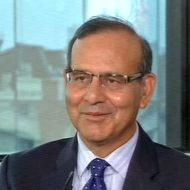 A: SEBI’s guidelines merely formalise what is an existing position. Perhaps where moral suasion has not had the desired effect, they have converted that into a formal guideline.

It has always been the case that cross holding is not something that is permitted or encouraged and indeed this in line with the broader view that our regulators have on the ownership and management of systemically important financial institutions. There is now both a global consensus and a consensus amongst Indian regulators that you need to have fit and proper widely held companies that are board managed without concentrated shareholding.

Obviously cross holding in particular leads to a number of issues around conflict as regards to the way a company is governed, managed, CEOs are chosen, strategies are developed and has a risk of creating dysfunctionality to the cost of investors or depositors as the case maybe. So, you have to see this not as specifically a UTI related issue, although it impacts us, it is a progressive evolutionary step which takes something that was earlier in the realm of moral suasion into formal guideline and we welcome it.

Latha: Has the finance ministry moved ahead on this because they would be privy to SEBI putting this rule out. Should we expect a listing fairly quickly for you and secondly would the valuations be comparable to the only one listed mutual fund?

A: It is public knowledge that UTI AMC board and trustees have recommended that we proceed down the path of listing in part to address the issues of conflictive interest which SEBI has just underlined and also in order to ensure that our governance structure is secured for the future, that we are an independent board governed entity. So, that has always been our position, it has been our position for many years.

In fact in 2008 the finance ministry had actually given a formal approval for such a process to be initiated although markets were not supportive.

So, certainly it is the UTI AMCs view – management and board view that the right way forward is to proceed with a listing. We will discuss this again in the light of SEBIs recent guidelines at our board meeting in a couple of weeks. The next step would be to also discuss with shareholders and the ministry of finance and form a quick consensus around the approach to be taken.

So, if we do list, we believe we are highly valuable company that could release tremendous value for our shareholders. I see no reason why it will not be in line with the comparable listing that we have seen of Reliance Nippon and potentially HDFC Mutual Fund as well.

Sonia: The listing process started a few years back but never took off because of different stances of the various promoters – State Bank of India, Punjab National Bank, Bank of Baroda etc. Is everyone on the same page now?

A: Majority of our shareholders have always been in favour of this. As I said this has given clear direction that is now provided and the move from mere moral suasion to a regulatory directive, I am pretty sure that we will be able to form a consensus on how we restructure our shareholding quite quickly. I think to the extent that if there are any differences in views, those can be accommodated as we construct the right format for a listing.

Sonia: UTIs growth has lagged the industry a bit. If you take a four year view, the industry has grown to the tune of about 25-30 percent and UTI has been somewhere to the tune of 20-22 percent. What kind of growth can we expect now that things are moving towards listing?

A: On the issue of industry growth, I will make two comments. One, if you look at where the growth has come in the last three years, essentially the four or five large bank owned AMCs have been driving distribution very heavily through their captive channels. It may not be widely known but between 70-95 percent of sales through the retail branches of the big five banks are essentially of their own mutual funds.

So, you had a growth period in which captive distribution has come to the fore in a very strong way. It is of course not illegal in India where there is no requirement to have open architecture but nevertheless it does tell you something about how this industry has grown. A lot of this has been essentially convergence from fixed deposits where there is surplus liquidity with banks post demonetisation into equity funds or balanced funds. Sometimes with the risk of misspelling given that so called dividends are promised in this regard. So, not all of the growth that has happened in the last few years has necessarily been entirely healthy in the industry.

If indeed we are going to be in an environment where banks driven captive distribution is important then that is another reason why UTI needs to have its independence, so that we can form our own alliances around distribution which today we are unable to do. We rely heavily on independent advisors which has been our history. Were we free of this shareholding structure we have, we could form our own alliances and move ahead.

Secondly, what is often neglected is that UTI is much more than a mutual fund. We have in fact about Rs 3.5 lakh crore of assets under management, we are a leading pension manager where we have actually been the best pension managers this year as adjudged by EPF. We are a large manager of the NPS, we have one of the largest offshore businesses of nearly USD 4 billion as an asset manager as well and we have UTI Capital. So, overall if you look at our structure and our value, we are more than a mutual fund, we are a Rs 3.5 lakh crore asset management company and that is how we perceive ourselves.

Latha: This quarter should we expect the listing?

A: I think that would be a little ambitious. Certainly we will do our best to do it as quickly as possible.
CNBC-TV18
Tags: #Business
first published: Jan 1, 2018 12:21 pm