Five things you should know about the Citroen C3

The quirky cross-hatch is scheduled to go on sale in early 2022.

In a refreshing change of pace, Citroen is describing the C3 as what it is – a hatchback with SUV cues. (Image copyright Maison Vignaux @ Continental Productions)

Citroen has arrived in India during a tumultuous time for OEMs (original equipment manufacturers). Sales are at a record low, petrol prices are at a record high, and their only offering in the country – the C5 Aircross – appears to have been caught in this tide. The brand has, however, done its homework, and in the absence of players like Ford, is expanding its portfolio quickly in the hopes of cracking the most competitive segment there is – the sub-compact SUV/premium hatchback space. With a firm emphasis on comfort, unconventional design and customisation, Citroen appears ready to tackle the post-pandemic car market with the made-for-India C3.

Citroen has been careful not to deploy the term “sub-compact SUV” while describing the C3, marking a refreshing change of pace. Instead, the brand is describing the C3 as what it is – a hatchback with SUV cues. In reality, pretty much every sub-compact SUV in the market doesn’t technically qualify as an SUV, given that they lack all-wheel drive capabilities. They’re all hatchbacks on stilts. Yes, the crossover overtones in its design language are clear, and have been placed there to appeal to Indian audiences. But not adhering to the existing nomenclature is just the sort of French irreverence the market has been in dire need of.

2. It’s got a lot of competition

Its broad categorisation opens it up to plenty of competition since it doesn’t simply go up against other sub-compact SUVs like the Hyundai Venue, Nissan Magnite or Renault Triber. It even makes the sub-four metre size bracket, and so will go up against the likes of the Maruti Suzuki Ignis, the upcoming Tata Punch and premium hatchbacks like the Maruti Suzuki Baleno. Citroen hasn’t said anything on the pricing front, other than that it will be competitively priced keeping hatchback price brackets in mind.

The C3, which is scheduled to be launched in early 2022, has been made to appeal to Indian customers. This means a higher ride height, customisable interiors with 78 accessories and plenty of colour. The car will be powered by a frugal 1.2-litre turbo-petrol unit, with daytime running LEDs, a 10-inch touchscreen infotainment unit and boot space of 315 litres being some of its main highlights. Transmission options will include a 5-speed manual gearbox and a 7-speed dual-clutch automatic. Citroen hasn’t revealed the exact dimensions of the C3, save that it has a ground clearance of 180mm, a turning radius of 10 metres and a wheelbase of 2.54 metres. The Citroen C3 will have 78 accessories for customisation and plenty of colour. (Image Copyright Maison Vignaux @ Continental Productions)

The CMP Modular platform that it’s built on, will also be utilised for other sub-compact offerings, including one from sister-brand Jeep. The platform boasts of heavy localisation, with 90 per cent components sourced locally, making this the most extensive form of platform localisation since the Skoda Kushaq. With the C3, Citroen also plans on expanding its dealership network. The brand has made it clear that unlike with the C5 Aircross, a diesel powertrain will not be on offer.

Given the recent slew of policy changes favouring electric mobility, Citroen doesn’t wish to be an outdated player. According to Citroen India Brand Head Saurabh Vatsa, the CMP Modular platform the C3 is built on is “powertrain agnostic”, which is an indirect way of saying that the brand is ready to turn it into a BEV, should the sales trends in the coming years compel the brand to do so. 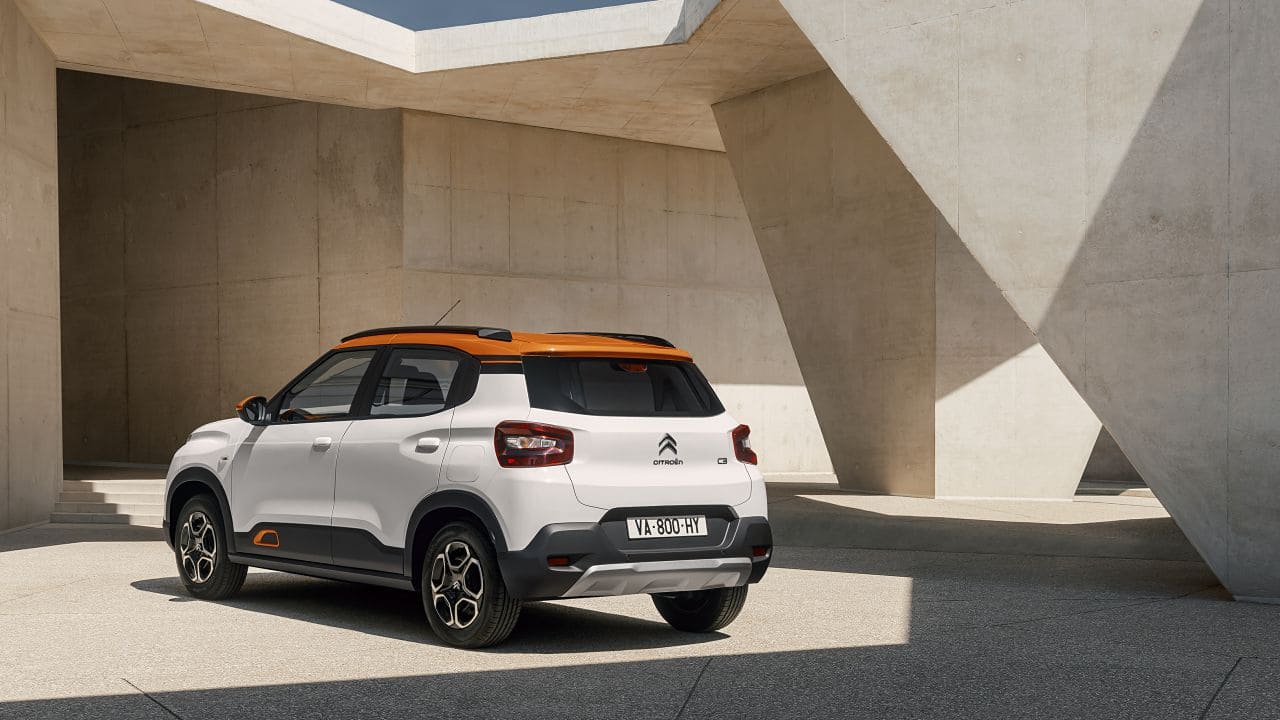