Why Ford is exiting India and what it means for customers

How did a brand known for making dynamic, performance-oriented machines come to exit India? And where does that leave its customers?

The Ford EcoSport launched in 2013 has been the best-selling car from Ford India’s stables. Roughly 27000 models were sold in 2020 alone .

The Ford Escort still looms large in my memory. Until its launch in 1995, the luxury segment was largely moribund, except for the wholly-unattainable Mercedes-Benz E-Class and a handful of other names.

But, the Escort seemed novel, as did the blue oval emblazoned on its bonnet. Ford, the American automotive giant that gave the world the Model T, the Mustang, the Thunderbird and many such iconic sub-brands had arrived in India, and that could only mean that India’s liberalised economy and its automotive market had come of age. With the fourth phase of economic reforms and relaxed FDI rules, Ford’s first innings in independent India had officially kicked-off in style.

The Escort was special. It was driven and owned by the likes of Azim Premji, long after it had left the market. Its boxy rear didn’t seamlessly meet its curvy front, and yet it was striking in its unconventionality.

The maiden product of the Mahindra Ford India Limited joint venture that saw its re-entry in the Indian market, the Escort was powered by a 1.6-litre petrol engine and failed to become a sales success.

It did, however, pave the way for their first big hit – the Ford Ikon. The Ikon was the first independent product made by the brand, launched in 1999, following which it went on to make 12 products, through its two, world-class production facilities in Gujarat and Tamil Nadu. 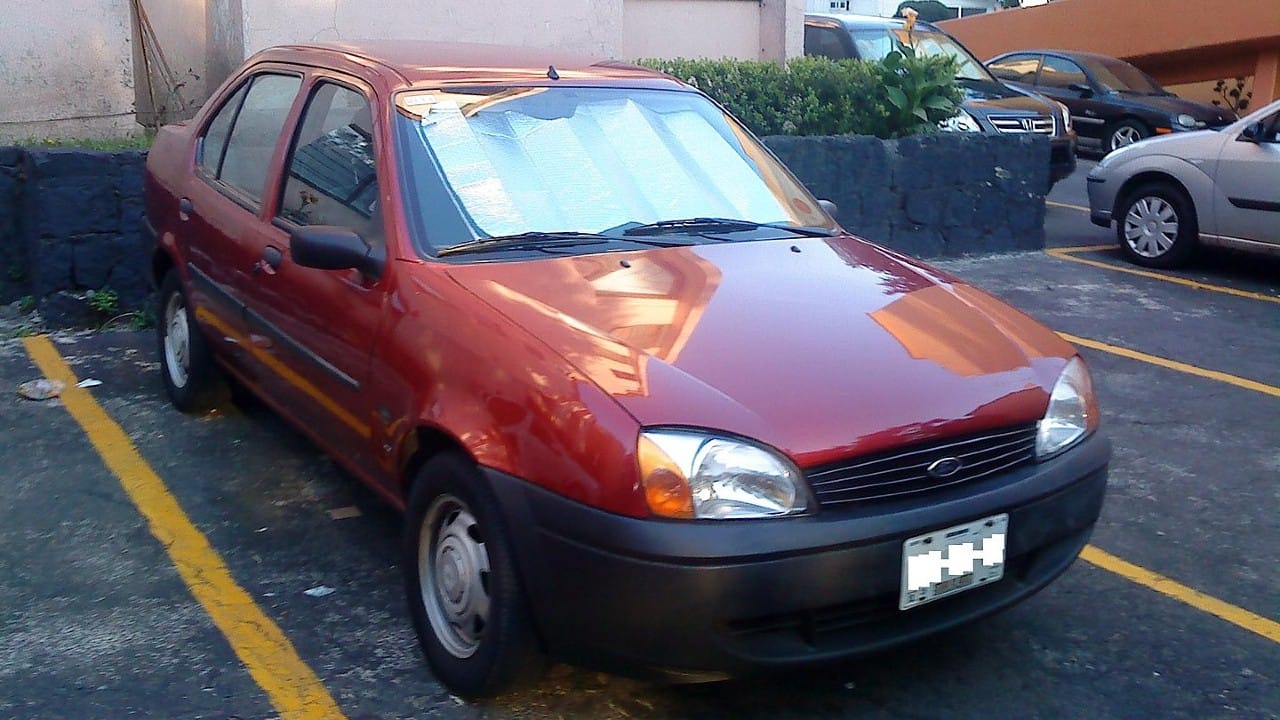 The Ford Ikon, launched in 1999, came after Ford India’s first joint venture with Mahindra had concluded. It marked the brand’s first sales success in the country and continued production till 2011.

The Ikon was everything young India wanted – stylish, dynamic and practical to boot. It came after the Ford Mahindra joint venture ended and let Ford India, the wholly-owned subsidiary make its own mark in the industry. The Ikon was followed shortly by the brilliant Ford Mondeo. Launched to take on the likes of the Mercedes-Benz C-Class and other entry-level luxury sedans, the Mondeo was ahead of its time.

In that it was too expensive a product for a brand that was yet to make its mark as a manufacturer of premium products. Despite the Mondeo’s power, refinement and good looks, its steep pricing wasn’t to everyone’s liking and Ford didn’t keep it around for too long. Ever since then it’s just the Endeavour that’s occupied the top-tier of Ford’s India-built offerings.

The Escort, the Mondeo and then the Ford Fusion – none of the cars succeeded in the way the Ikon, the Endeavour or the EcoSport did. But that wasn’t because they were lesser cars, quite the contrary. The Fusion has a cult following till date and the other two were simply victims of being in the wrong place at the wrong time. In a purely utility conscious market, Ford’s efforts to provide solid driving dynamics and spirited performance often went unnoticed and unappreciated. The Ford Fiesta and the Figo hatchback were more suited to the needs of the Indian customer. While they did remain eclipsed by the best sellers from their respective genres, those in the know preferred Ford’s punchy yet economical diesel, while the Figo’s gearbox remains an enthusiast favourite till date. Even as the Figo evolved into a more plus hatchback, Ford never diluted the formula. As a car equipped with a dual-clutch gearbox, the Figo remained one of the best driving cars in its category. 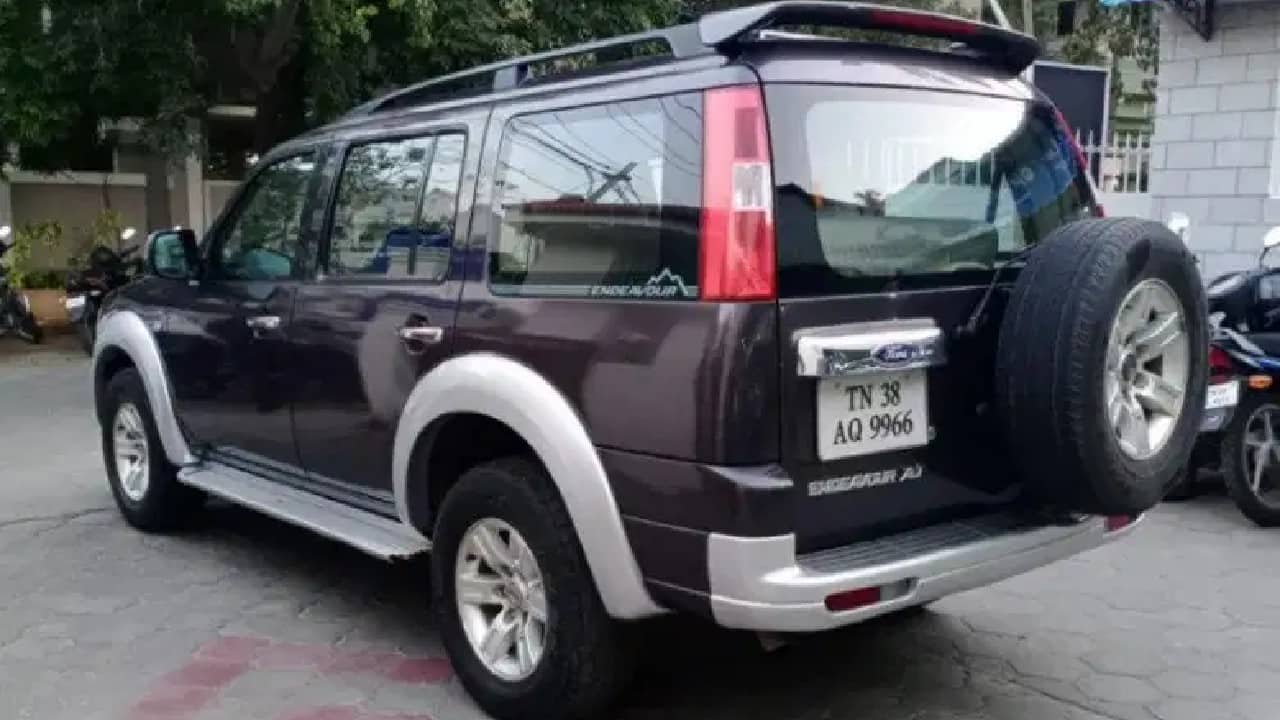 The Ford Endeavour arrived in India in 2003 and remained the only large-sized SUV in its portfolio. Despite the segment being dominated by the Toyota Fortuner, the Endeavour remained a sales success.

But it was with the EcoSport that the brand struck gold – till date the best-selling car from Ford India’s stables, it’s facelift, which was due for launch next year, will remain unseen. What will be seen, thankfully are the cars that have sustained the Ford brand globally. Halo products like the Mustang, the Ranger and perhaps even the Bronco will keep the Mustang brand alive in India.

Simply put, Ford accrued over $2 billion dollars in losses over the last decade, as stated by the brand’s president and CEO Jim Farley. Add to this the considerable drop in demand and the high running costs of Ford’s Sanand plant, and it no longer seemed feasible to continue operations.

But, before Ford’s collective production rate in India dropped to 20 percent, Ford saw a deal for another joint venture with Mahindra & Mahindra fall by the wayside. With shared expertise, manufacturing facilities, platforms and engines on the horizon, things did appear to look good for Ford, until early this year when the JV was called off. With no clear communication from either brand as to the cause of it, the JV was and remains subject to much speculation. What cannot be disputed is the fact that Ford bet it all on the JV working out, and without it, was left without a paddle.

According to Ford’s statement it will cease to manufacture cars in India and will shut down the production facilities of its Sanand plant by the fourth quarter of 2021 and the Tamil Nadu one by the second quarter of 2022. According to Anurag Mehrotra, the President and Managing Director of Ford India, the company considered multiple options involving partnerships, platform sharing and perhaps even selling its plants.

“The decision was reinforced by years of accumulated losses, persistent industry overcapacity and lack of expected growth in India’s car market”

Where does this leave the customer?

Ford isn’t shutting shop in the way its other American compatriot General Motors did. The brand has made it very clear that it will continue to provide spares and continue to support customers with servicing.

While the dealers are likely to get affected, Ford will continue to import high-end models like the upcoming Mustang Mach-e, Ford Ranger and of course, the Mustang. SUVs like the Ford Bronco also appear to be in the pipeline. Sale of existing models like the EcoSport, Figo, Aspire, Freestyle and the Endeavour will end once the inventories are cleared-out. The brand continues to reiterate that the customers remain their top-priority and that the brand is working closely with existing employees, unions, dealers and suppliers.

After 23 years, the Ford India story appears to have hit an insurmountable obstacle. But it isn’t over.
Parth Charan is a Mumbai-based writer who’s written extensively on cars for over seven years.
Tags: #Auto #Ford
first published: Sep 10, 2021 12:16 pm