A local girl’s guide to 5 important stops in Manila, Philippines

Whether you love exploring modern city life or wandering through historical ruins, Manila has something for everyone. Located on Manila Bay in the South China Sea, the capital of the Philippines has a rich history and a buzzing contemporary scene rolled into one. Filled with museums, shops, parks and churches, plus a roaring nightlife, there’s much to explore in my hometown. Local girl Jesse Barcena shares five must-visit spots you can’t afford to miss while you’re in Manila:

The historic walled city Intramuros is a famous tourist attraction. I remember visiting the walled city as a kid and noticing that everything inside is a mixture of the past and present. It is a city with rich Filipino heritage coupled with modern-day eateries and stalls. You will see old dungeons on the left, and an outlet of a fast-food chain on the right!

Intramuros is the oldest city of the Philippines which showcases the Spanish links of the country. There are famous churches here like Manila Cathedral and San Agustin that have ancient ties with the land.

The area has water bodies with bridges above them, adding to the aesthetic appeal of Old Manila. There is a variety of small interactions here like museums, plazas and age-old buildings including the museum of José Rizal. He was a national hero and the museum captures his life and displays the beauty of his works.

All in all, the 20-foot-thick walls of Intramuros contain a rich heritage that allows tourists and citizens to travel through centuries of Philippines history. 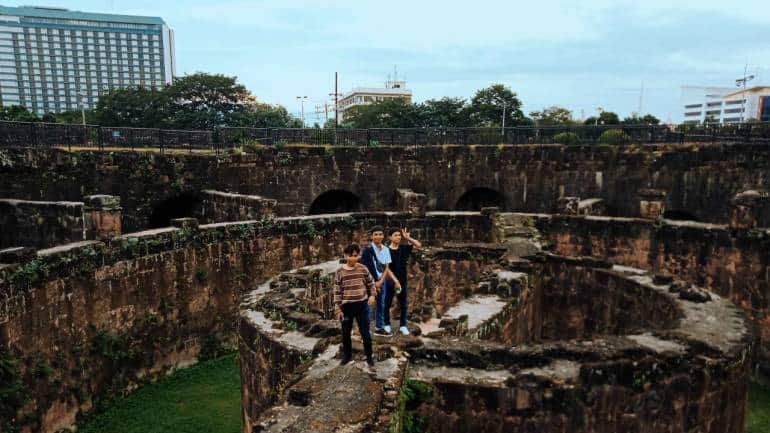 As a child, my mother would always bring me here on the weekends to play - so it is very familiar ground. Also known as Luneta Park, Rizal Park is the historic location where José Rizal was executed by the Spanish colonists. There is a massive monument, called the Rizal monument, in the centre of the park in dedication to heroic leaders and pantheons of the Philippines with 60 hectares of open lawns, ornamental gardens, water bodies and paved walking areas.

One of the largest urban parks in Asia, Rizal Park is a must-visit in Manila. I’ve had my fair share of delicious Chinese food from Chinatown. I would always leave this place with a full stomach and an empty wallet!

The Chinatown area of Manila is known as Binondo. It is a hilly area with Chinese ancestry tracing back to the 16th century. You can find large crowds gathered around the Chinese-style street shops. It is the oldest Chinatown in the world and is very popular for its lip-smacking Chinese foods like dimsums, noodle soup, and more.

This area is designed with effort to preserve its authentic Chinese flavour and architecture. Among Binondo’s star attractions are the historic churches and temples. The district also hosts multicultural communities including the Spaniards, Americans and Japanese. Taking pictures is my favourite part of visiting the National Museum. The aesthetic never fails, and my feet would always hurt from my greed to explore every gallery.

The National Museum of the Philippines is a multi-faceted institution that displays the educational, scientific and cultural heritage of the nation. You’ll find works of art, documents, exhibits and many other fascinating scholastic and cultural artifacts from our history. Run by the government, the unique heritage of the Filipino people is proudly displayed for all to view and learn about.

No doubt, it is one of the most popular tourist attractions of Rizal Park. Located within the walls of Intramuros, Fort Santiago is the perfect cultural site for a getaway from the hustle and bustle of the city. The vast Fort is an expansive display of the deep heritage of this country, including a monument of the national hero Dr José Rizal. The area also has a re-creation of his cell and the courtroom where his trial was held during Spanish rule.

The first time I visited this place, it terrified me because of the dark history associated with it. But the knowledge and appreciation I gained was worth it.

The walls of this Fort have seen grave injustices, the knowledge of which allows tourists to truly grasp the great sacrifices behind the freedom struggle of the Filipino people. It is preserved very well and has large expanses of grass lawns and water bodies around the walls.

Jesse Barcena is a marketing and communications associate and a young leader at Girl Power Talk. She is a travel enthusiast based in Manila, Philippines who is on a constant search for adventure fuelled by caffeine and novels. With inputs by Ramit Sharan