Explained | Why coronavirus’ Delta Plus variant is concerning

With the second wave of COVID-19 cases subsiding, most states are reopening and easing restrictions. This may lead to rapid transmission of the novel coronavirus' new Delta Plus variant

The Union Ministry of Health and Family Welfare (MoHFW) on June 22 designated the ‘Delta Plus’ variant of the novel coronavirus, a mutant of the ‘Delta’ variant, as a “variant of concern”.

The health ministry also advised three states – Maharashtra, Madhya Pradesh and Kerala – to immediately ramp up containment measures in districts where the variant has been found.

A day earlier, Maharashtra had confirmed that 21 cases of people getting infected by the Delta Plus variant had been found in the state.

As of June 22, at least three cases of the new variant were found in Kerala’s Palakkad and Pathanamthitta. One of them was a four-year-old boy.

Madhya Pradesh’s Health Minister Prabhuram Choudhary had confirmed that at least five cases of people being infected by the Delta Plus variant had been recorded in the state so far. Four out of the five persons who got the vaccine were healthy.

Karnataka’s Health Minister K Sudhakar also said on June 22 that two cases of the Delta Plus variant had been detected in the state.

The Centre’s alert was based on recent findings by Indian SARS-CoV-2 Genomic Consortia (INSACOG), which was also dubbed the Delta Plus strain a ‘variant of concern’ based on the virus’ characteristics such as increased transmissibility, stronger binding to receptors of lung cells and potential reduction in monoclonal antibody response. 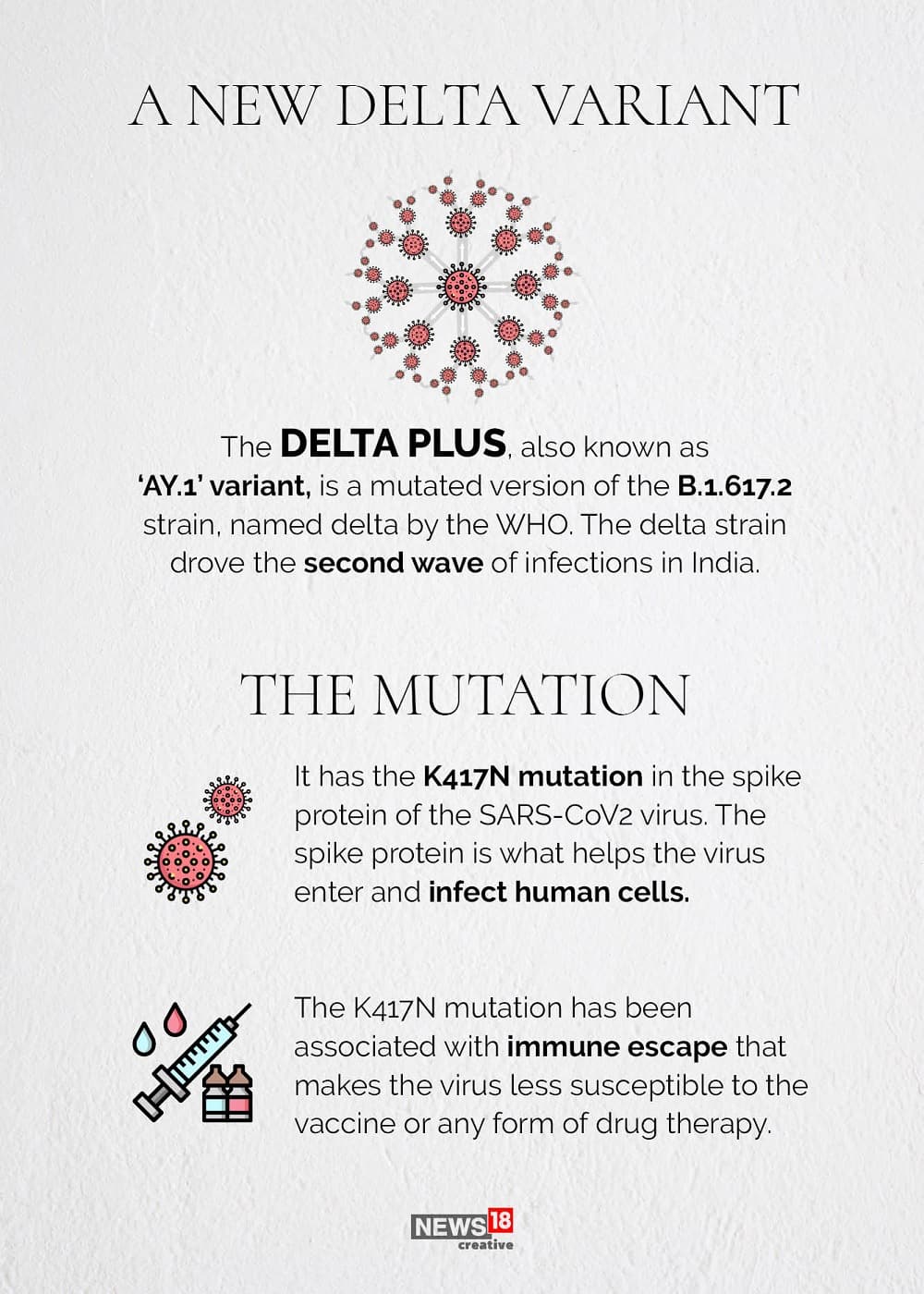 An earliest sequence of this genome was found in Europe in late March, news reports suggest. The variant has also been detected in nine other countries: the United Kingdom, United States, Portugal, Switzerland, Poland, Japan, Nepal, China and Russia.

The Delta Plus variant was formed due to a mutation in the B.1.617.2 variant, first identified in India and one of the drivers of the deadly second wave of infections in the country.

Though there is no indication yet of the severity of the disease caused by the new variant, Delta Plus is said to be resistant to the monoclonal antibody cocktail treatment for COVID-19 recently authorised in India.

With the second wave subsiding, most states and Union Territories in India are reopening and easing restrictions. This may lead to rapid transmission of the virus. Health experts suggest that the Delta Plus variant may lead to a possible third wave. While Delta remains the dominant variant in the country, the prevalence of Delta Plus is still low. But even the Delta variant, once with low prevalence, had spread rapidly across the country.

It is unclear if the vaccines currently being administered among the masses are effective against this variant. Additionally, only a small percentage of India’s population is still fully vaccinated against COVID-19, the disease caused by the novel coronavirus.