Upcoming Webinar:Innovate Your Future at India Inc. on the Move on August 26 and 27, 2021 at 10am, with Rockwell Automation
you are here: HomeNewsTrendsHealth
The Delta variant of the novel coronavirus which was first detected in India, is now the dominant strain of COVID-19 in multiple countries. Here’s what sets it apart from other variants
Updated : June 14, 2021 / 07:23 AM IST

In late 2020, India discovered a new variant that was sweeping through the country. When it later arrived in other countries, the variant, now known as ‘Delta’, tended to become more common in its new homes as well. The variant has now become dominant in India, Singapore as well as the United Kingdom, and has been found in over 70 countries so far.

Delta’s swift success has left health experts and governments wondering how the variant outspread other more powerful variants. In addition to causing an exponential rise in COVID-19 cases, it also threatens to delay reopening and may even undermine the vaccine rollout globally. 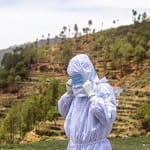 The Delta variant of COVID-19, partly blamed for India's explosive second wave, has been called a triple mutant variant since it is split into three lineages. Scientists and doctors call it ‘B.1.617.2’, and some sections of the global media call it the “Indian variant”.

In a bid to avoid the stigmatisation associated with referring to them with the name of the countries where they were first detected, the World Health Organization in March dubbed the B.1.617.2 variant as ‘Delta’ after introducing a new policy of using Greek letters for variants of concern and variants of interest.

The WHO elevated the variant from ‘Variant of Interest’ to Variant of Concern’ citing “significantly increased transmissibility” and a “growing number of countries reporting outbreaks associated with this variant”.

According to Maria Van Kerkhove, WHO’s technical lead on COVID-19, the Delta variant is more transmissible than the alpha variant, which first emerged in Britain.

Explaining the concerns around it, virologist Dr. Shahid Jameel said that the B.1.617.2 variant has 12 mutations compared to the main B.1 lineage that is circulating globally since January 2020.

“The key mutations in the spike protein include L452R and P681R that allow the virus to bind better to the ACE2 receptor on cells and to enter cells more efficiently. This increases its ability to multiply and transmit better. In other words, it is more ‘infectious’,” Jameel told Moneycontrol.

The British government said on June 11 that the new Delta novel coronavirus variant is 60 percent more transmissible in households than the Alpha variant that had forced the United Kingdom to impose a stringent lockdown in January.

Since the Delta variant arrived in Britain in March, it has rapidly outspread other variants. UK has so far 42,323 identified cases of the Delta variant, according to Public Health England's data, up from 29,892 on June 2.

The variant is now the dominant strain in the UK, accounts for more than 90 percent of the new cases, the British government said.

Meanwhile, concerns are mounting over whether the emergence of the Delta variant threatens the UK government's provisional June 21 deadline for further easing restrictions put in place to curb the spread of infections. 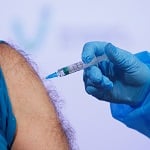 According to WHO’s weekly update, the Delta variant is now found in at least 74 countries. In addition to being a dominant strain in India and UK, the variant accounts for more than 6 percent of sequenced virus samples in the United States, according to data from the US Centers for Disease Control and Prevention.

While it may seem like a relatively small share, the speed of its growth is worrying. A month ago, the strain accounted for little over 1 percent of sequenced virus samples, according to the CDC data.

However, both vaccines were only 33 percent effective three weeks after the first dose against symptomatic cases of the Delta variant compared to 50 percent effective for the Alpha variant, a reminder of how strongly the second shot is needed. 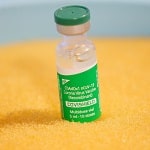 Debate over two-dose interval for Covishield

The findings have cast a doubt on India’s decision to extend the interval of Covishield, the vaccine developed by Oxford University-AstraZeneca and manufactured by the Serum Institute of India, to 12-16 weeks given the variant’s ability to infect people who are partly vaccinated.

“Now that the Delta variant makes up a very large fraction of infections in India, I hope the government’s empowered committee on vaccinations will consider reducing the duration between two doses of Covishield,” Jameel opined.

Immunologist Dr. Vineeta Bal also believes that going by PHE’s study, the earlier people get the second dose, the better protection it will offer against the variant.

“If we have enough doses of COVID-19 vaccines, it would have been desirable to stick to 6-8 week interval for Covishield vaccine due to the higher transmissibility,” she told Moneycontrol.

Meanwhile, Hyderabad-based Bharat Biotech, the maker of Covaxin, has also stated that the vaccine works against the variant.

A study by researchers from the National Institute of Virology in Pune, the Indian Council of Medical Research and Bharat Biotech has found that Covaxin is effective against the Beta and Delta variants of COVID-19.

The study, which is pre-print and has not yet been peer-reviewed, is based on samples from 20 people who recovered from COVID-19 and 17 people who received their second dose of Covaxin at least 28 days prior to the study.

While the results are encouraging, experts believe the ‘conflict of interest’ needs to be addressed.

Moreover, a contradictory study by the All India Institute of Medical Sciences suggested that the variant has the potential to infect people who have received Covishield or Covaxin shot. AIIMS, New Delhi had conducted a small study on 63 people.

Out of these 63 people, 35 received both dose of vaccines and 27 received only one dose. All of them got breakthrough infections (infections after vaccination) and among the samples which were genome sequenced, the Delta variant was predominant. 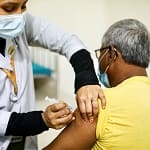 Are booster shots the way out?

There is a growing discourse on COVID-19 booster shots and whether it could help the fight against the deadly virus. But scientists do not have yet concrete answers yet.

We may very well need boosters to block variants as the protection from the vaccines become less effective.

According to Jameel, booster shots would only be of value if they specifically cover the variant of concerns.

“The RNA vaccine companies are already modifying their products. This will not be possible for existing viral vector vaccines (Covishield, Sputnik V and pharmaceutical giant Johnson & Johnson’s jab) since pre-existing immunity against the viral vector will make the booster useless,” the virologist said, adding that India can opt to use either RNA or protein vaccines as boosters for those who received the viral vector vaccines. 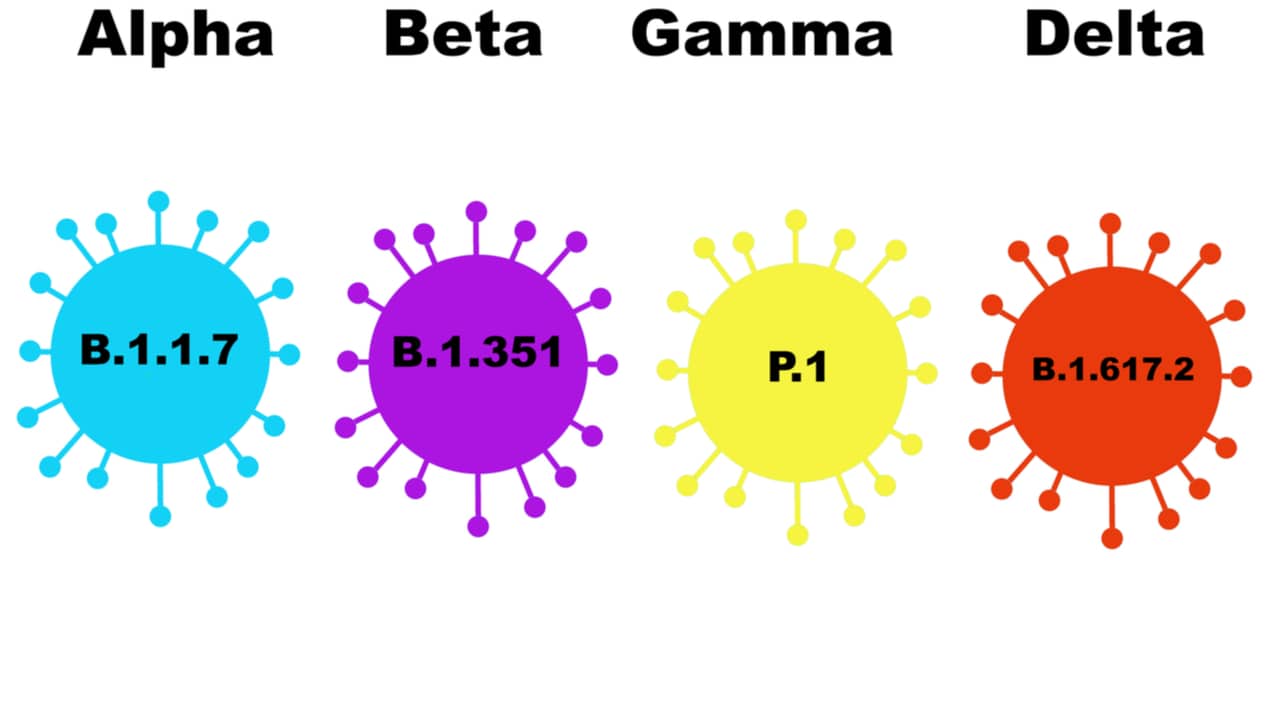 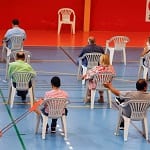 The number of new infections in the country has declined significantly in recent weeks, but it is still high. India is still seeing well over 80,000 new COVID-19 cases daily — a large proportion of the global number.

To curb the spread and growing number of mutations, experts say authorities ought to focus on increasing COVID-19 vaccination coverage.

“If more and more people are vaccinated, the chances of the virus of finding a susceptible home goes down, in turn lowering the chances of further mutations,” Dr Bal said, adding that the spread of the Delta variant will continue for a while due to poor vaccination coverage in India. According to WHO, the COVID-19 vaccination coverage of at least 80 percent is needed to significantly lower the risk that “imported” coronavirus cases like those linked to new variants could spawn a cluster or a wider outbreak.

Dr. Michael Ryan, WHO's emergency chief, recently said at a news conference that ultimately, “high levels of vaccination coverage are the way out of this pandemic”.

“It’s certainly north of 80 percent coverage to be in a position where you could be significantly affecting the risk of an imported case potentially generating secondary cases or causing a cluster or an outbreak,” he said.

The cover image was made by Suneesh Kalarickal.