The new policy announcement was made by Google when it sent emails to its users asking them to manually backup their data so as to avoid any loss.

Come November and your WhatsApp backup will not be counted against your Google Drive storage quota. The move comes as a result of a new agreement between Facebook owned WhatsApp and Google.

The new policy announcement was made by Google when it sent emails to its users asking them to manually backup their data so as to avoid any loss. It also stated that backups older than a year will be automatically deleted from their servers.

“Due to a new agreement between WhatsApp and Google, WhatsApp backups will no longer count against Google Drive storage quota,” Google said in its statement. “However, any WhatsApp backups that have not been updated in more than a year will automatically be removed from storage,” it added.

The statement left users confused about what will happen to their existing backups, especially after Google said backups will be deleted. Long story short, not much has changed. Your data will not be deleted, provided you back it up manually before November 12 if you are doing it for the first time. Meanwhile, users who just want to refresh their existing backup should do it before October 30.

So, what’s new? And how would this affect an existing user?

How to manually backup WhatsApp data?

Open WhatsApp. Tap on the three dots in the top-right hand side. 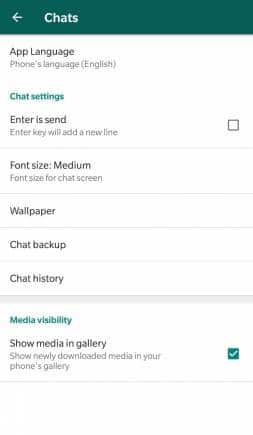 Finally, tap on the Backup button to backup manually. 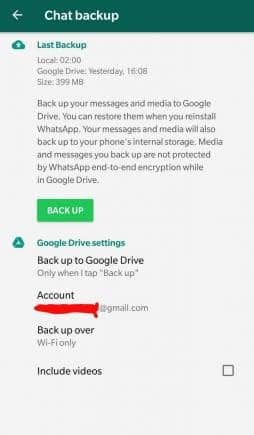 It is advisable to back up the device while one is connected to a Wi-Fi, as the backup size could be large and may result in users exhausting their data limit.

WhatsApp also provides an option where one can automatically back up to Google Drive at regular intervals such as Daily, Weekly or Monthly. Users can also opt to set it to Never backup or Back up manually only.
Moneycontrol News
Tags: #Google #Technology #WhatsApp
first published: Aug 24, 2018 05:30 pm