Vivo has officially taken the lid off the X60 series in India. The three phones in the lineup include the Vivo X60, Vivo X60 Pro, and Vivo X60 Pro+. All three X60 series devices run on Snapdragon 800 series, feature multiple cameras, fast-charging support, and high-refresh-rate displays.

The Vivo X60 Pro+ is available in an Emperor Blue Vegan Leather finish, while the X60 and X60 Pro are offered in Midnight Black and Shimmer Blue colour options. The Vivo X60 series will go on sale in India on April 2 on Flipkart, Amazon India, Vivo India E-store, and other major e-commerce and offline retail channels.

The Vivo X60 Pro+ is the only one of the three devices to run on the Snapdragon 888 mobile platform. The chipset is paired with 12GB of RAM and 256GB of non-expandable UFS 3.1 storage. The handset runs Funtouch OS 11.1, based on Android 11. The X60 Pro+ also sports a 6.56-inch FHD+ AMOLED display with a 120Hz refresh rate and 240Hz touch sampling rate. 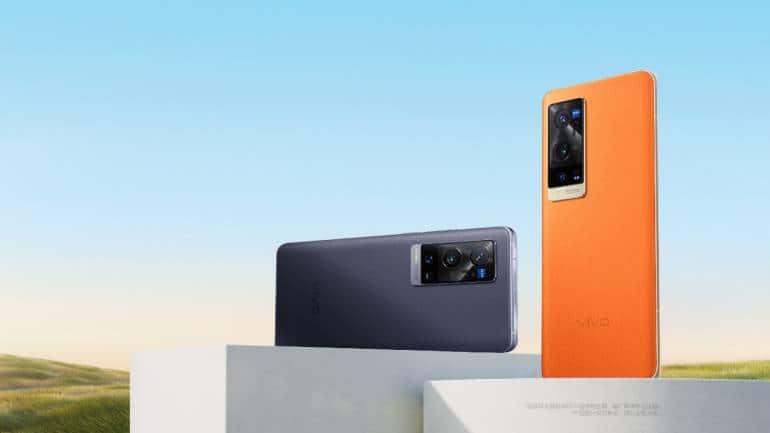 For optics, the X60 Pro+ gets a quad-camera setup with a 50 MP 1/1.3” ISOCELL GN1 primary sensor and an f/1.57 aperture. The other three cameras include a 48 MP Sony IMX598 sensor for the ultrawide shooter, 8 MP periscope cameras with 5x optical zoom, and a 32 MP telephoto unit. Both the main and periscope camera feature optical image stabilization, while the ultrawide shooter uses Gimbal Stabilization 2.0. The Vivo X60 Pro switches out the Exynos 1080 for the Snapdragon 870 SoC. RAM and storage are the same as the ‘Plus’ model. Other specifications, including display and battery, are also the same, although charging speed is reduced to 33W. Connectivity options are pretty much the same, although there’s no NFC here.

The X60 Pro also gets a downgraded set of cameras. The X60 Pro uses a 48 MP primary camera with Gimbal Stabilization 2.0 along with a 13 MP telephoto shooter and a 13 MP ultrawide shooter. The camera cutout on the front houses the same 32 MP selfie shooter.

The standard Vivo X60 boasts pretty much the same specifications as the X60 Pro, including the Snapdragon 870 chipset, 4,200 mAh battery, 33W fast charging, 120Hz FHD+ AMOLED, and 48 MP triple cameras. The main difference here is that the standard X60 has a flat panel, while the Gimbal Stabilization 2.0 on the 48 MP primary sensor is replaced by OIS. The Vivo X60 also has two RAM and storage configurations.