Review | Here’ how Yezdi Scrambler, Adventure and Roadster stack up

Yezdi has made a comeback with Scrambler, Adventure and Roadster.

Mention Yezdi to a true-blue motorcycle enthusiast in India and you will be greeted with a broad grin. And, if you’re my age, you’ll feel a warmth enveloping you as well.

The Yezdis of old—with their signature metallic triple-tap exhaust note—were seriously cool bikes to be seen on, and I remember with great fondness the extra street cred I got whenever I rode one—borrowed, I must confess— to college.

Yezdis were also fun to ride and cheap to maintain, so they were pretty much the perfect motorcycles for those who didn’t want to be seen on a Bullet or a smaller commuter.

The arrival of the 4-stroke engine and stricter pollution norms led to the brand's demise but it is back in a new avatar, under the Classic Legends umbrella. This is an occasion to celebrate but I set out to see if the bikes—the Scrambler, Adventure and Roadster—were any good.

Much like how the older Yezdis were based on Jawas, the new lot is also symbiotically connected to them. The current Jawa parts, chassis and powertrain have been reworked to produce each of the three new Yezdis, depending on the requirements.

The Adventure is an on/off-road adventure tourer, so it gets a big tank, an upswept exhaust, a large windscreen, big spoke wheels, luggage mounts and plenty of ground clearance.

The Roadster is the closest to the old Yezdi—it has a wide handlebar, a relaxed rake angle and tarmac-biased tyres.

The Scrambler has a flat seat and a flat handlebar, spoke wheels and chunky on-off road rubber.

All three receive an identical LED headlight, taillight and digital instrumentation along with two charging ports; the Adventure also gets a housing that can be tilted.

The Adventure and Scrambler get riding modes since they’re on-off road bikes–off-road, rain and road. These alter the anti-lock braking system (ABS) settings accordingly—off-road turns off ABS for the rear wheel, rain ratchets up the ABS intervention and road is for regular use.

The Roadster and Scrambler get twin exhausts, while the Adventure gets a single unit.

Build quality on all the bikes seems pretty solid, and I daresay Classic Legends has learnt some lessons from the Jawas and upped its finishing levels.

Of the three, I think the Scrambler looks the best. It stands out because it’s the only scrambler in its segment, and also because, well, I like scramblers.

The Adventure looks a little too much like the Royal Enfield Himalayan, if you ask me, and the Roadster has an unremarkable design. I had a go at the Scrambler first, and it immediately felt like a sprightly machine. It’s stiffly sprung, so tarmac riding takes a little getting used to, however, you can reduce the stiffness by adjusting the pre-load on the gas-charged rear shock absorbers, which softens things up.

Corners are dispatched confidently by this bike but you still need to factor in the knobbly tyres. Those same tyres come into their own once you get on some loose gravel, and even though the Scrambler feels a bit top-heavy, it’s still quite easy to manoeuvre on dirt; the upright riding position and wide handlebar help in this regard, as does the 200mm ground clearance.

The Scrambler, for example, has a very flat torque curve, which is ideal when going off the road. On tarmac, it gives the engine a feisty nature, which makes you want to ride the bike in as enthusiastic a manner as possible—I had visions of Steve McQueen in The Great Escape. 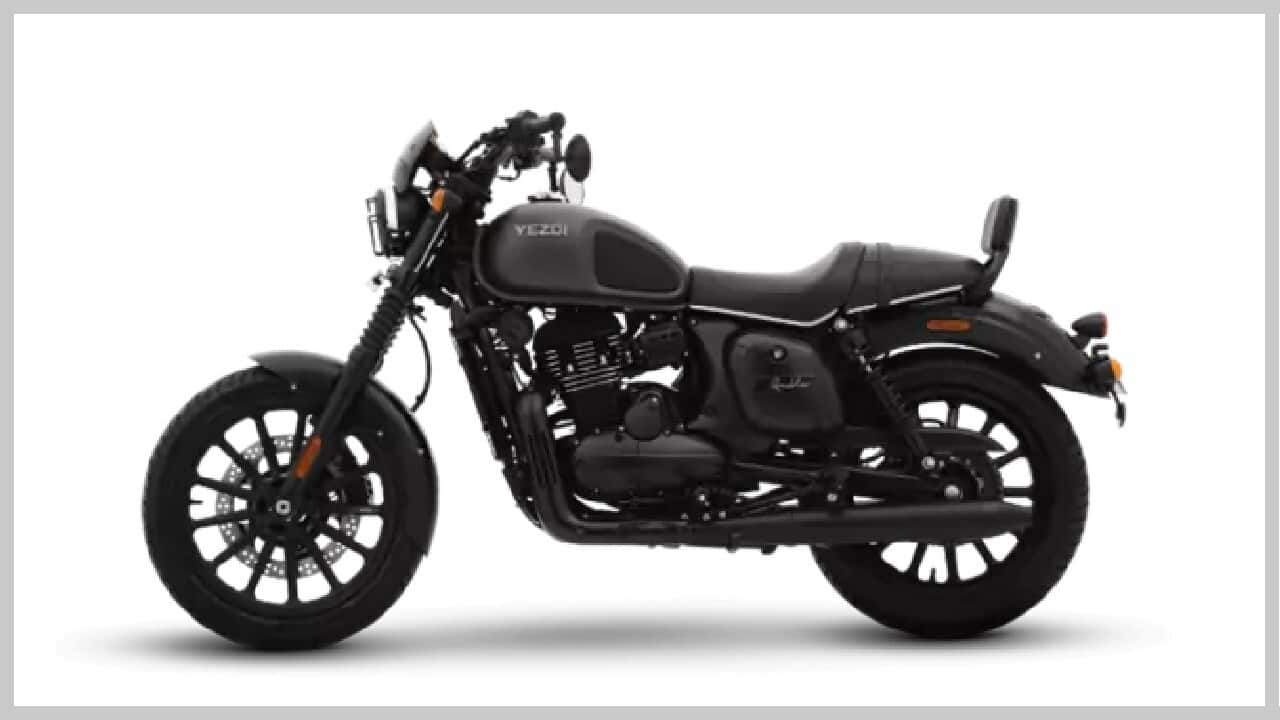 I got on the Roadster next, and immediately felt comfortable in its low-slung seat; the riding position was perfect for my height.

This bike’s been built for use on the tarmac and it does quite a good job of it too. Other than that seat, the wide handlebar and the footpeg positioning made for a comfortable triumvirate—you get a nice view of the road, and there’s a sense of solidity that is imparted.

The Roadster has a much more relaxed torque delivery than the Scrambler and has enough grunt to make it a very comfortable cruiser—100 kmph all day long should be easy.

If you’re in traffic, you’ll be glad to know that you can potter around below 60 kmph in sixth gear quite easily as well. If you wring open the throttle on an open enough stretch, the bike will get close to a 120 kph top speed.

There’s a relaxed manner to the way the Roadster takes corners, in keeping with the nature of the bike. The suspension is the same as that on the Scrambler, but it has less travel in it.

If you play around with the preload settings, you’ll be able to get the quality of ride that suits your riding style. The brakes are excellent, offering good stopping power and progression. Last in line was the Adventure. I must confess that I’m not much of an off-road rider and am not partial to motorcycles in this class but I was still impressed with it.

This bike has the longest wheelbase of the three as well as the smallest rake angle –25 degrees. I rode it through about as much rough terrain as I could find—some inclines, some rocks of various sizes, lots of loose dirt—and the bike sailed through the lot, its 220mm of ground clearance contributing in no small manner.

The bike has a seat height of 815mm, which was perfect for me but will likely be a bit of an issue for shorter riders.

With off-road mode switched on and the ABS for the rear wheel turned off, the Adventure was easy to pilot down slopes and bits of tricky, loose terrain. Ride quality is on the stiff side but not in a way that will shake your fillings loose.

Engine-wise, the Adventure has the highest torque figure of the three, which proved very useful off the road. The motor is nice and zesty, which helps keep the momentum going. On the tarmac, the bike was rock solid and felt confident while going around sweeping corners.

I only had the trio for a short-ish span, so these are initial impressions—which are good. The new Yezdis don’t remind me of the old ones at all, which frankly is neither here nor there.

What is important is that they seem well put together, and each one has a very definite and unique character, which shows that Classic Legends has put some work into them.

The engines are feisty, the bikes look quite good (the Scrambler in particular) and they’re fun to ride, which is pretty much all that you can ask for in a motorcycle.