The Mahindra XUV700 is expected to launch sometime in the second quarter of 2022. It will replace the 7-seater XUV500 but it is expected to be unvieled in its second-gen form with only five seats

As the days roll by, more details are apparent about the XUV700. This time, the car has been spotted testing with new dual-tone rims.

The Mahindra XUV700 is expected to launch sometime in the second quarter of 2022. It will replace the 7-seater XUV500 but it is expected to be unvieled in its second-gen form with only five seats.

The XUV700 has been spotted several times already and each time there were new details to speak off. The latest images that were uploaded to the Team BHP forum tell us that the SUV will come equipped with 17-inch dual-tone wheels. This could very well be offered on the higher trims, but we will have to wait and watch. 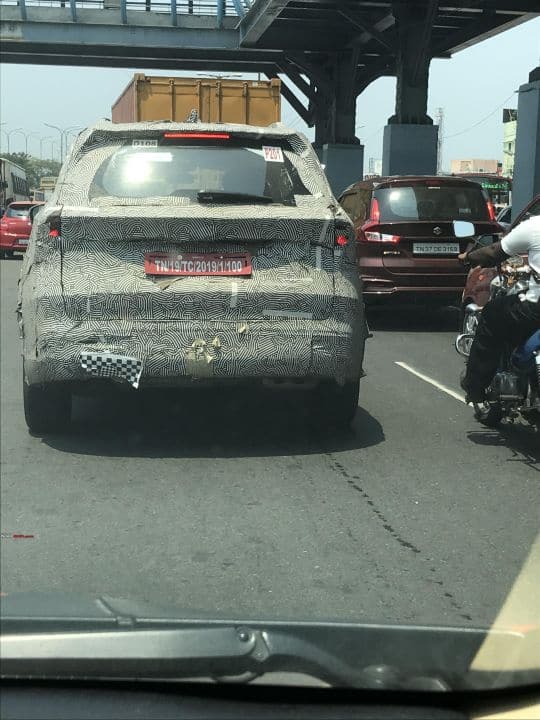 Flush fitting door handles have been spotted several times, but other interesting things from Rushlane’s spy pictures were a panoramic sunroof mounted on the XUV700 and sweeping rear indicators. And while the silhouette remains largely unchanged, the roofline of the new car seems to slope more steeply.

We do not know much about the interiors at the moment, but there is a very good chance we will see some very premium features. What we are expecting is that the new SUV will be equipped with (Advanced Driver Assistance Systems) which will allow for autonomous emergency braking, 3D panoramic vision for driver, blind spot detection and an eyelid tracking mechanism. As for powertrain options, we expect the SUV to offered with two options – a 2-litre turbo-petrol and a 2.2-litre turbo-diesel. Transmission choices, too, will be offered in the form of a 6-speed manual and a 6-speed torque convertor automatic.