Polarisation can never be the main reason for your victory. I have repeatedly asked voters what counts in an election and I can tell you with some certainty that I have never come across anyone who has prioritised temple construction or minority appeasement when they choose their representatives

Since 2013, Pradeep Gupta, renowned psephologist and managing director of Axis My India, has successfully predicted 48 of the 52 results of assembly and general elections.

In his second book ‘How India Votes: And What It Means’, published by Juggernaut, Gupta argues that while polarisation can never be the main reason for an electoral victory, crowds pulled by leaders in rallies are no barometer for voting patterns.

In an interview with Moneycontrol, Gupta, using his research and analysis, reflects on the way in which a voter’s mind works before exercising his franchise. Excerpts:

You have been interacting with voters for long. What goes in the voters’ mind when she or he goes out to vote?

We need to understand that people have material needs and aspirations from the leaders they elect. In the 2019 general election, the voting percentage was 67 per cent. Of the 67 percent voter turnout, around 80 per cent voters belong to rural areas. The livelihood of these rural people is dependent on the government. That is why they carefully elect the government when they go to vote. This is by and large true for all elections – municipal, assembly and Lok Sabha. So, 80 percent of the voters will vote for the party/candidate that they think will guarantee these needs or have been delivering them. They care about roads, water supply, houses, health, inflation, employment, Public Distribution System (PDS), Minimum Support Price (MSP) and farmers’ issues.

Your book says communalism doesn’t win you elections. But we saw a bitter polarized campaign in recent elections in West Bengal? Why do leaders do this then, if not for winning elections?

Polarisation can never be the main reason for your victory. Since my first poll prediction in 2013, I have repeatedly asked voters what counts in an election and I can tell you with some certainty I have never come across anyone who has prioritised temple construction or minority appeasement when they choose their representatives. This is not to say communities do not have sympathies with a particular party with a certain ideology that is in line with their own religious belief. Generally, leaders use these lines for their own marketing and packaging. Maybe 10 percent of people get influenced. That is, it. 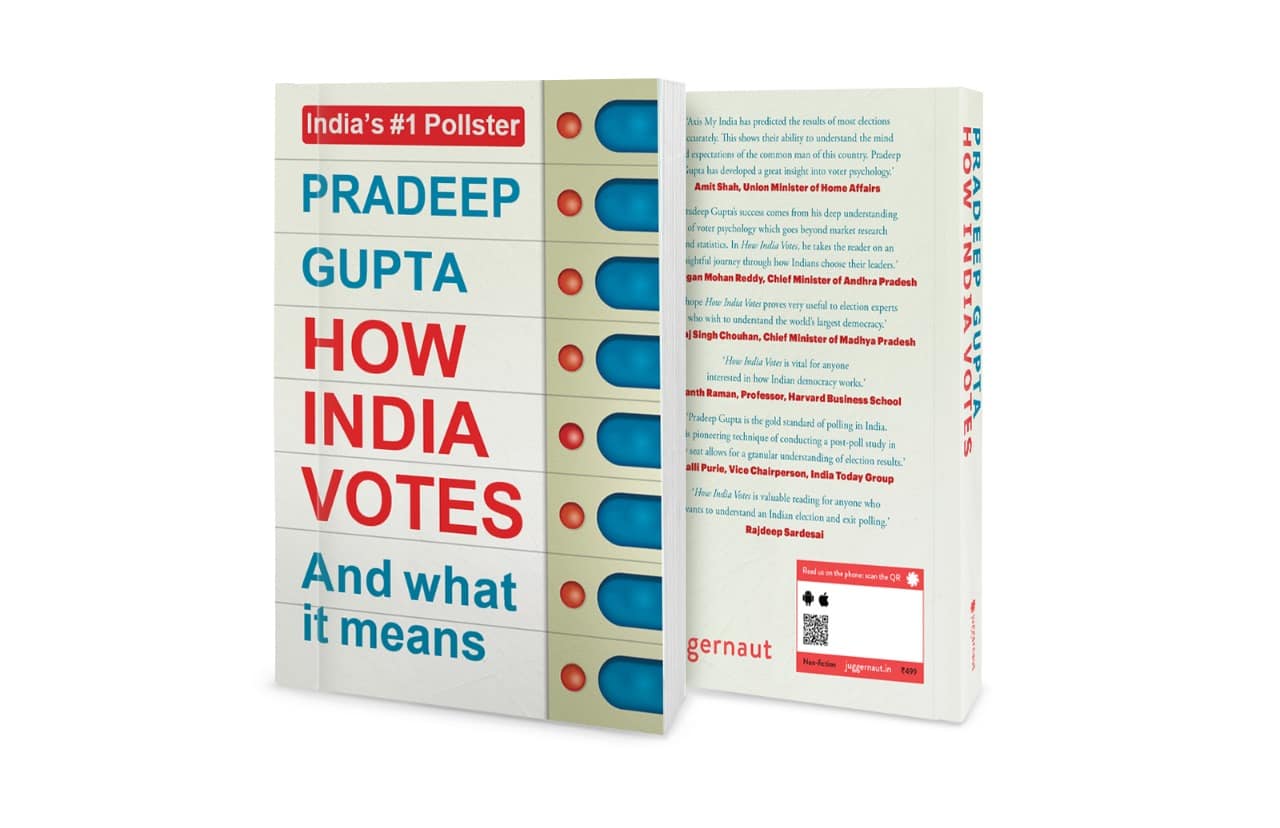 You also say rallies don’t matter. Why do parties organize rallies then?

Any political rally has ‘3 Fs’ – Fun, Festivity and Fund. As I said, 80 percent of those who vote belong to rural areas where there are hardly any entertainment opportunities. Rallies are a social gathering for them. We know parties take care of transport, food, and other things. People attend the rallies to enjoy. But still the political parties organize rallies. There are two reasons for this. First, the leaders/parties want to boost the morale of the cadre by organizing rallies. It is the party cadre that brings the voters to the rally by going door to door. Otherwise, there is no way for big leaders to connect with the cadre. Secondly, like due to Coronavirus restrictions, we saw empty stadiums during IPL, but the events were broadcast. Likewise, rallies are also broadcast across the media. So, this is a kind of free publicity. And if you want to know whether the rallies drawing big crowds have an impact on poll results, look at the 2015 Bihar elections when there were big NDA rallies but the Nitish-Lalu alliance won. Similarly, in the 2020 Bihar assembly polls, RJD rallies by Tejaswi Yadav drew big crowds, but RJD lost.

What are the difficulties that you face predicting elections?

A major issue that we face during our field work is the identity of our surveyors. When they knock at the doors, they need to establish their identity so that the respondents do not mistake them to be political party workers. Generally, the perception in urban areas is that you may be a salesperson or a fraud or a worker of a political party. In the recent West Bengal election, for example, our surveyors were stripped and tied to a tree. Sometimes people (voters) become suspicious of our motives. At times, some of our surveyors get arrested too and our legal team has a tough time getting them released. In metro cities, if you visit ten houses, three to four houses are convinced and give interviews. Another challenge is that we generally predict based on 0.1 per cent sample size. For example, in West Bengal assembly elections 2021, there were around 7.32 crore votes of which about six crores voted. Our sample size was 60,000, which is 0.1 percent of those who voted! So, based on this 0.1 per cent we try to forecast for the universe of six crore people who voted. Just imagine how difficult it is to call elections with such a sample size for a population which is 1,000 times bigger.

We hear a lot about ‘wave’ during elections. Do waves even exist?

Because of advances in technology and social media, voters can communicate with the leaders and, hence take an informed decision. That is why most (90-95 percent) of the results of the recent assembly elections have gone in one direction. The only hung assembly we saw in recent elections was in Haryana in 2019. Clearly, this shows waves exist. When the verdict is in one direction, you call it a wave.

How much does money factor matter in an election?

There are two aspects to the money factor. One is to manage the election campaigning; a candidate and a party needs money on which the Election Commission puts a cap. The second is the cash transactions to influence voters; I do not think it is the case across, but yes in 5- 10 percent constituencies, cash is involved. That is why we see the Election Commission seizing hordes of cash ahead of elections. But the cash doesn’t influence voters. They take money from both the contenders.

What role do door-to-door campaigns by politicians play?

When you go door to door, it shows that you care for us and that is why you dropped by. Another advantage is that you are communicating in person, unlike in a rally or on TV.  The voter basically takes you seriously. The more you go door to door, the better it is for a political party or a leader in the fray in any election.

You have predicted 48 of 52 elections correctly. What went wrong in predicting the West Bengal election 2021? Any lessons learnt?

We have not been able to correctly predict in Tamil Nadu (2016), Karnataka (2018), Bihar (2020) and West Bengal 2021. In West Bengal we should have put a strong caveat saying we are not able to call the election. Like in Haryana (2019), we took an extra day to call the elections when our data indicated that it was a hung assembly while other pollsters said BJP was winning. In West Bengal (2021), we faced problems on ground because of the fear factor. People had died (Cooch Behar) and voters were not forthcoming. The silent voters, which usually is 2 to 5 percent, was 20 percent. So, we could not predict the elections correctly.

Gulam Jeelani is a journalist with over 11 years of reporting experience. Based in New Delhi, he covers politics and governance for Moneycontrol.
Tags: #2021 assembly elections #Axis My India #Exit Polls 2021 #Pradeep Gupta #West Bnegal Election 2021
first published: May 22, 2021 07:23 am