A number of surveys predicted a secure mandate for the Trinamool, whereas, some of the exit polls projected a BJP win.

The exit poll predictions for the West Bengal assembly elections 2021, released on April 29, projected a close contest between the Bharatiya Janata Party (BJP) and the Trinamool Congress (TMC).

A number of surveys predicted a secure mandate for the Mamata Banerjee-led incumbent ruling party, whereas, some of the exit polls projected a BJP win. The official results would be out on May 2, when the Election Commission has scheduled the counting of votes.

The ABP-C Voter exit poll has predicted 152-164 seats for the TMC, followed by 109-121 for the BJP and 14-25 seats for the Left Front-led alliance which includes the CPI(M), CPI, other communist parties, the Congress and the Indian Secular Front (ISF). The India Today-Axis My India survey projected a close contest, with the TMC projected to win 130-156 seats and the BJP to bag 134-160. The Left-Congress alliance was predicted to be reduced to 0-2 seats.

The Times Now-C Voter survey also predicted the Trinamool to retain power with 158 seats, whereas, the BJP is predicted to win 115 seats. The Congress-Left alliance is projected to win 19 seats. 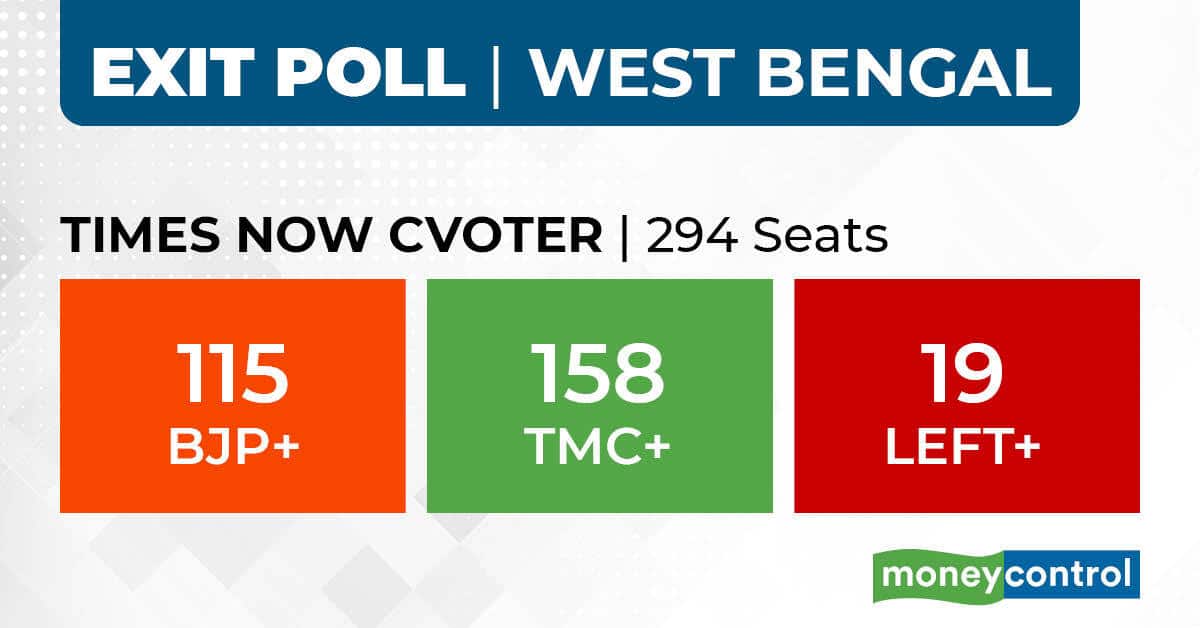 The Republic-CNX survey projected 128-138 seats for the TMC, whereas, the BJP was predicted to bag 138-148. The Congress-Left alliance, as per the survey, is likely to be reduced to 11-21 constituencies. The Republic-Jan Ki Baat survey, however, gave BJP the edge in Bengal. The exit poll predicts the saffron party to win 162-185 seats, and the Trinamool to be reduced to 104-121. The Left-Congress alliance is expected to bag 3-9 seats. 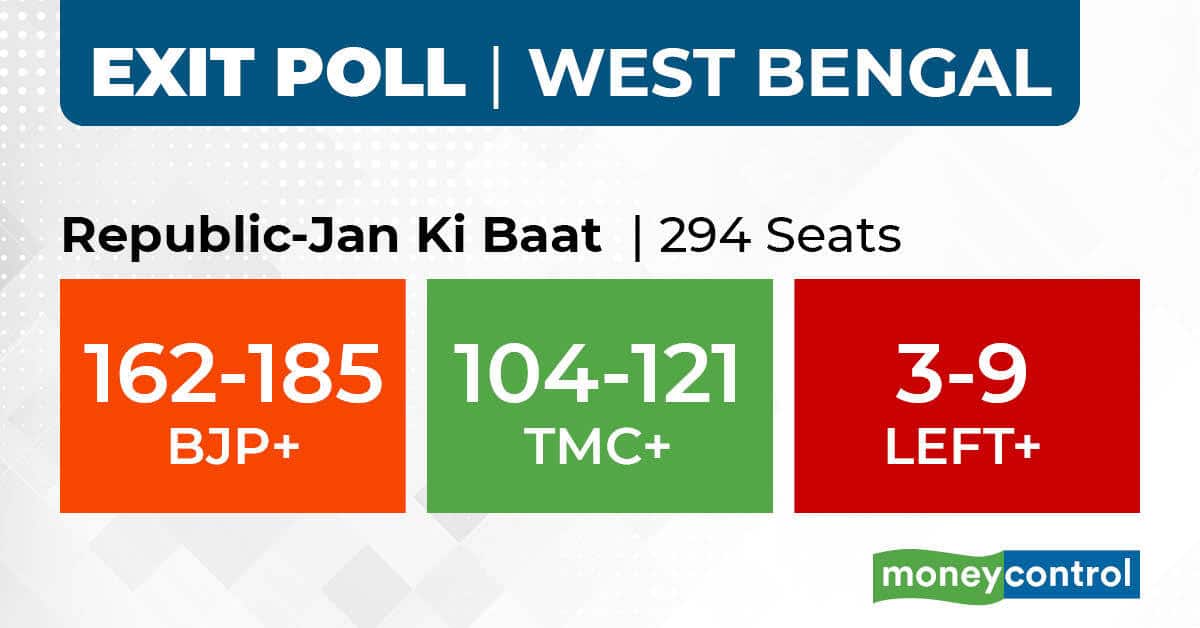 The P-MARQ and ETG Research surveys predict the Trinamool to cross the halfway-majority mark.

What Poll of Polls Predicts in Bengal The long election schedule had drawn criticism from the ruling TMC, which had appealed to the Election Commission to reduce the number of phases in view of the COVID-19 crisis.The assembly polls in Bengal were held in eight phases, starting on March 27 and concluding on April 29.

Ahead of the elections, analysts had described the Bengal electoral battle as primarily a contest between the TMC and the BJP. The Left Front, which was in power in the state for 34 consecutive years till 2011, was not considered as a major contender for power despite its alliance with the Congress.

"Whatever the votes which the Congress or Left will get could be attributed to their individual prominent leaders. I would not view those votes as the vote for the party," Sanjay Kumar, co-director of Lokniti, a research programme at the Centre for the Study of Developing Societies (CSDS), told Moneycontrol last month.

In the 2016 assembly elections, the Trinamool had retained power with over two-third majority. The party won 211 out of the 294 seats it contested, with a vote share of 44.91 percent. The Left-Congress alliance won 68 seats with a combined vote share of 32 percent, followed by the BJP which won 3 seats and bagged 10.16 percent of the total votes.
Moneycontrol News
Tags: #Assembly Election 2021 #BJP #Congress #CPI(M) #Exit polls #Exit Polls 2021 #Left Front #TMC #video #West Bengal Assembly Election 2021
first published: Apr 29, 2021 07:23 pm