Have unattended complaints against your bank? Go to a banking ombudsman

Before lodging your complaint against any bank to BO, you are required to file the complaint with the bank in question in writing and wait for at least thirty days.

Considering the spurt in number of customers’ complaints in personal finance shows on various TV channels and in social media, it is enough proof that many customers are not happy with banking services in India. So what should such customers do? This article intends to cover these and many such questions for the benefit of all such customers. If you have a complaint against a bank, you can get it redressed. Read on to know how.

You can approach a Banking Ombudsman (BO) of your area where the bank’s branch is situated. The list of banking ombudsman can be obtained from the link. (https://rbi.org.in/Scripts/AboutUsDisplay.aspx?pg=BankingOmbudsmen.htm). Presently, as per information available there are 18 banking ombudsman centers across the country having jurisdiction as per the location of the bank concerned. In case of complaint with respect to credit card, the complaint can be filed with the office of banking ombudsman which covers the billing address of the credit card company.

When can you file the complaint? 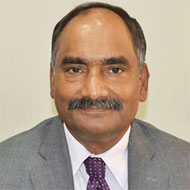 Before lodging your complaint against any bank to BO, you are required to file the complaint with the bank in question in writing and wait for at least thirty days. In case your request is rejected by the bank or you do not get a satisfactory reply from the bank concerned, you can file the complaint even without waiting for the 30-days period. However, make sure that you file your complaint before the banking ombudsman within one year from the receipt of any response from the bank against your written complaint. In case you have not received any response from the bank concerned, the complaint has to be filed before the banking ombudsman within one year and after one month from the day you filed a written complaint with the concerned bank.

What is the process of filing the complaint?

The complaint can be done either through the email ID given in the above mentioned link or can be sent through regular post. Though there is a format of the complaint, but you can file your complaint in plain language without conforming to any format. No fee is payable for filing the complaint. You should ensure that you mention your name and address along with the details of the bank and branch against which you have the grievance. You also need to provide a brief explanatory factual statement of your complaint along with the nature of loss suffered by you.

Can the banking ombudsman refuse to consider your complaint?

The banking ombudsman can refuse to consider your complaint if the same has been filed beyond the time limit stated above. It can also refuse to entertain your complaint if you have approached it without first having approached the bank concerned. Besides, your application can be rejected if it is filed on frivolous grounds or the subject/ grievance is beyond its scope. Even if the subject matter has already been decided by any other forum like consumer court of any other court of law, your application is liable to be rejected. As the banking ombudsman is entitled to give his award on the complaints where the monetary value does not exceed Rs. 10 lakh, it can refuse to accept the complaint if the value of the loss or damage claimed in the complaint is more than Rs 10 lakh.

What can be the subject matter of the complaint?

The complaints with the banking ombudsman can be filed on varied issues. However, broadly stated, these include issues pertaining to inordinate delays in providing the services, or refusal to provide any service, or in respect of charges recovered by the bank which are in contravention of the directives issued by Reserve Bank of India. The delay can include delay on the part of bank in crediting cheques for collection or any proceeds to your account or inordinate delay in providing any service.

The refusal part will include bank refusing to either open an account or to close an account. You can also file complaint for failure of the bank to follow the directives issued by the RBI in respect of interest payable on deposits or charges/interest chargeable on the loans or services provided by the bank in contravention of the RBI directives. This may also include contravention of directives issued by the RBI for ATM card and Debit Card.

Many a time banks refuse to accept tax payments on some pretext or other. You can approach banking ombudsman for such refusal also. Even an NRI can file a complaint before the banking ombudsman with regard to his deposit accounts with the bank or remittances made by him from abroad or for any other services rendered in a dis-satisfactory manner to him in general. You can also file a complaint in case of breach of any promise made by the bank either in a contract or as contained in bank’s code of commitment to customer.

What is the process followed by the banking ombudsman?

The banking ombudsman will try to bring both the parties to a settlement on the issue within a month. If the settlement amongst the parties is reached, the ombudsman will pass the order accordingly. Such an order confirming the settlement is binding on both the parties. However, if it is not able to bring the parties to a settlement, it will pass an award after providing both the parties to present their case before him. After receiving the award from the banking ombudsman, the complainant and the bank both have two choices. Either you can accept the award in full or you can file an appeal against the order before the appellate authority within 30 days from receipt of the order from the award of the ombudsman. The appellate authority in this case is Deputy Governor of RBI. In addition to the appeal before the Deputy Governor of the RBI, you can take recourse to any other legal forum available to you like consumer forum or court of law in India of proper jurisdiction.

I hope you got the answers to your questions in case you are looking for redressal of your complaint against any bank.

Balwant Jain is a CA, CS and CFP. Presently working as Company Secretary of Bombay Oxygen Corporation Limited. He can be reached at jainbalwant@gmail.com
Balwant Jain
Tags: #Balwant Jain #Planning
first published: May 10, 2017 11:03 am