New spirts to look out for this summer

After launching Billion Air, the country’s first gluten-free vodka, Varun Murpana is ready with another white spirit. This time, it’s a gin.

Murpana, who belongs to a jewellery manufacturing family, set up Sonaar Beverages, which has a facility in Palghar, near Mumbai, about two years ago, and follows the ‘distill in America and bottle in India’ route.

The sales of Billion Air (Rs 19,990 a bottle in Mumbai), he says, have exceeded expectations, and Murpana has similar expectations from The Cabinet. “It’s a classic London Dry gin—it’s juniper-and-cucumber-forward, and there’s a hint of spice,” he says.

The gin, which is scheduled to be launched next month, will be priced under Rs 2,000 in Mumbai. 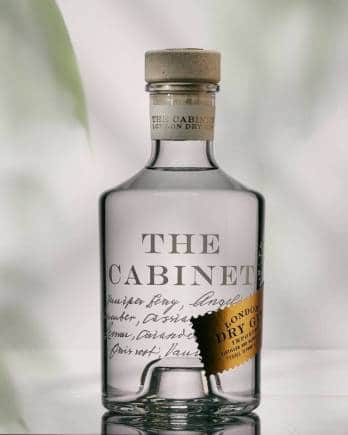 The concept of a ‘Himalayan’ whisky is not new—Solan No 1 has been there and done that—but the four-year-old Ginglani Distillers is taking a crack at broadening the category and making it appeal to millennials. Enter Black Bow, which is made in Solan with “Himalayan water and malts matured at nearly 6,000ft”. The whiskey, soft-launched in northern India last year, is priced at Rs 900 in Mumbai. Over a decade after Desmond Nazareth paved the way with DesmondJi, the country’s first agave-based spirit, the Indian agave scene gets a new addition in the form of Maya Pistola Agavepura, or simply Pistola.

The spirit is made from wild agave Americana that grows abundantly in the Deccan and is distilled in Chittoor, in Andhra Pradesh. It is aged, blended, and bottled in Goa.

Also read: Profile of a home-grown craft spirit made from 100% Agave Americana

Pistola, a Reposado (‘rested’ in Spanish) spirit, is aged for about five months in virgin American White Oak and ex-Bourbon casks and aimed squarely at those who like to sip their tequila rather than shoot it. Maya Pistola Agavepura is priced at Rs 2,695 in Goa.

Diageo India, the country’s largest liquor firm, is working on the launch of a new range of single malts named Godawan. While the company wants to keep the development hush-hush, the buzz is that the numbered, limited edition drams are further proof of its ambition to dominate the craft spirits space.

Quite naturally, whisky lovers are intrigued. “I’m not sure if it can be called a single malt whisky. Single malt whiskies have to be aged in oak wood barrels. Plus, the ‘botanicals’ bit is confusing,” says Surrinder Kumar, whisky consultant and ex-Amrut master distiller. “Direct use of any other ingredients for the finishing of single malt is not allowed, unless these

botanicals are infused in the wood before the single malt is finished in such special barrels by a special technique.”

We, and that includes whisky experts and enthusiasts, will get to know the whole picture in March, which is when the whiskies are scheduled to be launched.

Based in Karnal, in Haryana, Piccadily Distilleries is among India’s largest malt whisky producers, and one half of the team that launched Kamet Whisky in early 2021.

Now, Piccadily has soft-launched the Indri range of single malt whiskies in Haryana.

The first expression, Trini, is named after the types of casks used to mature the whisky: ex-bourbon, ex-wine, and Pedro Ximenez sherry casks.

The nose has “hints of black tea and traces of spiced tannins”, and Picaddily describes the taste as “smooth and warm… with nutty flavours and hints of burnt pineapple and raisins.”