Nifty settled almost flat last week amid volatility taking a breather after the recent up move. Mixed cues, both on the local as well as on the global front, capped movement in the index while decline continued on the broader front.

Nifty50, which rose above 11,080 on Monday, is now set for a fresh surge if it manages to cross 11,100 decisively else consolidation will extend further.

Banking, IT and FMCG look firm to us while other sectoral indices are showing a mixed trend. We suggest continuing with the stock-specific trading approach and prefer hedged positions, keeping in mind the upcoming derivatives expiry and ongoing earnings season. 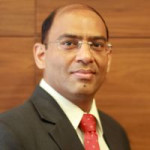 Though we’re seeing an early sign of bottoming out on the broader front but it’s advisable to remain extra cautious in midcap and smallcap space and avoid the temptation to fall for penny stocks.

Here is a list of top three stocks which could give 5-6% return in the next 1-2 months:

After spending almost one month near its support zone around Rs 355 on July 23, it surged strongly with the decent rise in volume and ended near its day’s high, indicating a fresh breakout.

PEL has spent nearly a year in a corrective phase and formed a fresh buying pivot of late. All indications are in favour of fresh breakout in near future.

Indiabulls Housing Finance witnessed a strong rebound, after retesting its support zone of 100 EMA on the weekly chart around 1,100. It has retraced marginally of late, offering a fresh buying opportunity.

Disclaimer: The author is President, Religare Broking. The views and investment tips expressed by investment expert on moneycontrol.com are his own and not that of the website or its management. Moneycontrol.com advises users to check with certified experts before taking any investment decisions.