Uber Eats customers are prone to high discounts and Zomato will have to feed them accordingly for retention. Besides, Swiggy is bound to increase discounts to get back its market leadership

Uber has bought a 9.99 percent ownership in Zomato by selling its recent success in India, Uber Eats, to the Indian food delivery start-up. The all-stock deal, according to the Economic Times is worth $350 million, which values Zomato at $3.5 billion.

Why did Uber sell Uber Eats in India?

Simply because it did not want to burn cash any more in a business where consumers are loyal only to discounts. Uber’s regulatory filings of November 2019 suggest the company could save around $750 million annually if it sells Uber Eats in India.

Even the company’s CFO Nelson Chai had said on a conference call in November 2019 that the India arm of the food deliver business had “dragged” Uber Eats’ global average net revenue growth by 40 basis points in the September quarter. It is natural that Uber would not continue burning cash in a business for long. 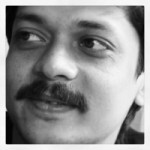 Uber Eats was in market looking for suitor for a few quarters now. There have been reports suggesting Swiggy and Amazon as potential buyers. In the end, it ended up on Zomato’s plate. Interestingly, Uber took more time than ride-sharing rival Ola to realise it needs to exit the food delivery business. Ola, which entered the market by buying FoodPanda in December 2017, had decided to discontinue the business in May 2019. Uber launched Uber Eats in India in May 2017.

In any case, Uber is not the first company to exit the food delivery business. It probably is the last one, nationally, to do so. With the Uber Eats-Zomato deal, India’s food delivery market has become a two-player national arcade that is projected to touch $12.53 billion by 2023.

Why did Zomato buy Uber Eats?

Second, Uber Eats will help Zomato expand its presence in south India. Historically, Zomato has been the strongest in northern India with around 70 percent of its monthly 36 million orders generated in the Hindi heartland. In contrary, around 70 percent of Swiggy’s monthly 42-45 million orders are generated in southern India. According to FirstPost, around 65 percent of the 10 million monthly orders of Uber Eats are from south India.

Still, all of Uber Eats customers may not automatically switch to Zomato. Chances are some of them would go to Swiggy. It all depends on discounts and how investors of Zomato and Swiggy decide to fight it out.

Zomato’s current annual cash burning is estimated at around $240 million. With Uber Eats in its kitty, the cash burning is likely to go up. The quantum, however, will be determined by how much money Swiggy’s investors are ready to blow. At present, Swiggy’s cash burn rate is almost similar to Zomato.

If both the food delivery start-ups decide not to check their cash burn, there may be a drop in volume. In India, consumers are still attracted by the quantum of discounts. Convenience, choice and other factors come later and loyalty takes the last seat.

Thus in all likelihood, India’s food delivery market is now set for another round of fierce discounting battles, with consumers being the sole beneficiaries. Profitability will remain a distant dream for both Zomato and Swiggy. But things could take a completely different shape if one of them fails to raise fresh funds.