Startup Sages | Meet Maninder Gulati, the investor who is living his entrepreneurial dream with Oyo

Maninder Gulati joined Oyo when it was two and founder Ritesh Agarwal 19. Hiring, strategising and acquisition—he has done it all at Oyo that has grown into a global brand. Last few years have been rough but chief strategy officer Gulati is convinced that Oyo is the place to be.

Note to readers: Media reports of startups in India are typically focussed on the founders and investors. Little is known about other leaders who are doing important work. Startup Sages is a series of articles that will profile key personalities from the world of startups who are driving change, building interesting products or pursuing vital projects.

"I feel alive when I am at Oyo." With these words, Maninder Gulati decided to ditch a cushy investment career to be part of the rough and tumble of an Indian startup story that has had its fair share of drama and action.

It was 2015 and Gulati had told Bejul Somaia, a partner at Lightspeed India, his wish to exit the venture capital firm for the budding hospitality startup. Gulati, a principal, had helped Lightspeed invest in the promising young company that was aggregating and standardising budget hotels, a novel concept for India.

Somaia who had brought in Gulati to Lightspeed from McKinsey wouldn’t have any of it.

Determined to make the move, Gulati decided to play the emotional card. "I can always do investing at any point in my life but this to me (is) a once in a lifetime opportunity," the 40-year-old recalled his words in a recent video interview to Moneycontrol from London, where he has been living for the last couple of years.Somaia had to give in.

Gulati, a chemical engineer by training, might have gone all melodramatic but his passion for Oyo was real. One of the earliest board members of Oyo, Gulati joined the Gurugram-headquartered company as its chief strategy officer in October 2015.

But for Oyo founder Ritesh Agarwal, Gulati was a guardian and a mentor to a 19-year-old who had famously become Masayoshi Son's chosen one overnight, with his Softbank Group leading a $100-million round in the company the same year.

Over the next six years, Gulati would be the moving force behind several decisions taken by Agarwal, with Oyo expanding to more than 43,000 hotels with over 1 million rooms in around 800 cities in 80 countries at its peak.

Softbank's investment may have been one of the triggers but it was the entrepreneur in him, looking at a big opportunity, who decided to leave investment banking for real hustle.

"During 2008-2009, I had started this social networking platform. I had also led the entrepreneurship cell at IIT- Bombay in 2002. So, there was always this dream to be a part of building something big. Ritesh was also very young at that time, 18 or 19. He needed all the help he could," Gulati told Moneycontrol from his London home.

He had met Agarwal in 2013. He was so impressed that he would spend almost a day a week at Oyo's office. After office hours, the two would discuss recruitments, product development and Oyo’s philosophy over the phone.

"What do you do with your first investment? You treat it like your baby," Gulati said.

What do you do with your first investment? You treat it like your baby.
-Maninder Gulati

And, he is determined that the baby grows into a successful and big business. He handpicked the leadership team—from chief operating officer Abhinav Sinha, chief growth officer Kavikrut to vice president business development (now global chief business development officer) Ayush Mathur. All of them were part of his network of ITC, where he worked for five years, McKinsey and Indian School of Business.

They continue to be with the company, which has had a couple of rough years. One of India’s largest start-ups, Oyo has been forced to scale down operations, lay off staff at home and abroad and has been taken to court by some hotel partners for failing to meet the terms of the agreement. It has seen some high-profile exits as well.

The coronavirus outbreak that has dealt a body blow to the hospitality industry couldn’t have come at the worst time for the loss-making firm, which has now moved to a revenue-sharing model with partner hotels.

But with over $1-billion in its war chest, the hospitality firm is confident of surviving the pandemic and come out stronger. And Gulati would be busy as the company reboots for the new normal. 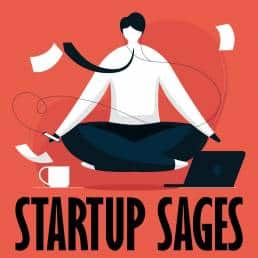 "I would find the right person and introduce them to Ritesh. He would then have the confidence that if I was recommending probably he would be the right person," Gulati said about the time when he was helping Oyo but was still not on board.

It was during an interview for a finance officer that Gulati realised that not many people understood what Oyo was all about and what it needed.

“We weren't sure if he would imbibe that sort of passion and understanding of people and Ritesh and his dreams. It could take us forever to convert people from their biases or experiences whereas I already had that," said Gulati.

The next morning at breakfast, he told Agarwal he would join and that was it.

But Gulati’s decision to join Oyo had come a tad late—all the leadership titles were taken. "Don't worry about the title," he told Agarwal and decided to call himself the chief strategy officer.

The title was a formality. He was devising, vetting and putting ideas to work. Taking Oyo to non-metro towns, or abroad or finding partners, Agarwal would bounce ideas off Gulati whose investment background came in handy.

The two have grown close—Gulati has a house in the same compound as Agarwal in Gurugram. They understand each other well and their hunger for success perhaps stems from their lower-middle-class background. Agarwal's father ran a small business in Odisha, Gulati's father owned a shoe shop in Punjab’s Bathinda.

His ability to think big and ensuring the business remains future ready have helped in chalking a strong growth path for Oyo. Maninder is a great leader, confidant, and adviser to me and Oyo.
-Ritesh Agarwal

Along with Abhinav Singh, Gulati managed the Indian P&L for Oyo till 2018. That changed next year. Gulati got involved in overseas expansion. He was working on the company’s China plan and also evaluating an Amsterdam-based vacation rental company @Leisure Group for an acquisition.

In what would be one of the biggest deals done by an Indian hospitality firm overseas, Oyo acquired @Leisure Group for $420 million in May 2019.

The deal helped the company expand into vacation homes, a lucrative segment in a busy and popular tourist market.

Soon, Gulati was jumping time zones--India, China, Europe and the US. A three-day visit would typically include 12-13 meetings.

Back-to-back Zoom calls have taken the place of the travel but work still calls—even when he is taking a stroll in a London park.

"Since the beginning, Maninder has been focused on structuring a strong leadership team and leading initiatives that have stood the test of time and are today Oyo's core capabilities, including our tech and data-driven revenue management suite," Agarwal told Moneycontrol.

“His ability to think big and ensuring the business remains future-ready have helped in chalking a strong growth path for Oyo. Maninder is a great leader, confidant, and adviser to me and Oyo.”

For someone who is in the thick of things at one of the most-watched startups in the country, Gulati keeps a low profile. He is media-shy, unlike other colleagues who talk to the press frequently.

He has a philosophical take on shunning the spotlight. "Some of those people paint a very fantastic view of the world, which is they compare all of this to a game. You can either be part of a game and you can let your ego run away with you or you can be a little bit of an observer because you already understand what the game is. So that is what has helped me introspect and try and stay away," said Gulati, who subscribes to the ideas of philosophers Alan Watts and Carl Jung.

But when it comes to music, there is not staying away for Gulati. He can be spotted at a karaoke bar, a Coldplay concert or even playing poker.

Gulati is waiting for the pandemic to get over so that he can take his parents, who often travel to Gurugram from Bathinda to check on his house, on a tour of Europe. Can't be a better way to experience Oyo hospitality first hand.