Oyo gets a USD 250 mn infusion from Softbank to fight MakeMyTrip, others

This is Softbank Vision Fund's second big investment in India after a massive USD 2.5 billion round in Flipkart, last month.

Gurgaon based online hotel aggregation firm Oyo has raised a massive round of about USD 250 million led Softbank’s Vision Fund making it amply stashed with fresh cash to fight rivals MakeMyTrip, Yatra, ClearTrip, FabHotels and others.

The startup has so far raised about USD 442 million including this round.

Launched in 2013 by its 24-year old founder Ritesh Agarwal, OYO claims to be operating in more than 230 cities across India, Malaysia and Nepal.

It last raised around USD 62 million from existing investor Softbank in August 2016. Across India and Malaysia, Oyo claims to be operating over 70,000 rooms.

This is Softbank Vision Fund's second big investment in India after a massive USD 2.5 billion round in Flipkart, last month.

(Oyo's funding so far, excluding this round. Source: Tracxn.)

"OYO has solidified its position in India as the leading accommodation brand for consumer affordability and high quality standards. We're excited to continue to support OYO as they further expand their position in India...and other markets around the world,” Justin Wilson, SoftBank’s Board representative on OYO said.

“As a business family, we have always set new paradigms; so OYO’s unique business model excites us. The differentiated thinking and ingenuity that Ritesh and his team bring to this industry gives us confidence that OYO can scale, innovate and set new benchmarks,” said Sunil Kant Munjal, Chairman of Hero Enterprises.

Speaking on the development Ritesh Agarwal, CEO of Oyo said that the company will deploy fresh capital to take its made-in-India business model to international markets. "These markets are characterized by a similar supply-demand imbalance in real-estate and hospitality,” Agarwal said. 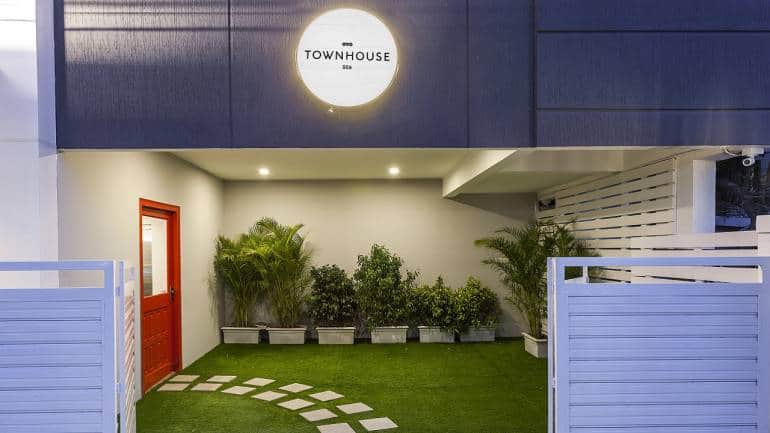 The budget hotel accommodation market has heated up with activity in the last couple of years.

Previously, the companies had also delisted Oyo from their platform citing conflict of interest. Earlier this month, another start-up in the budget hotel space, Treebo too delisted itself citing issues high commissions.

Oyo's rival MakeMyTrip is trying to strengthen its own budget hotel segment and had launched ValuePlus in 2015. On the other hand, GoIbibo had also launched GoStays.

In an interaction with Moneycontrol recently, MMT chief executive Rajesh Magow said that the company is targeting the hotels and packages segment to contribute at least 70-75 percent of its revenue in the next 3-4 years, expressing its aggressiveness on the accommodation market.

MMT currently gets 54 percent of the business from hotel and packages and 46 percent from flights. Read also: MakeMyTrip to focus on profits only after 2 years, currently in growth mode, says CEO.