The dust will prove to be more harmful to the cleaning workers as they will come in direct contact with it.

A Noida authority official said that all cleaning staff and workers deployed for works related to the demolition will be given N95 masks and required equipment.

Noida twin towers will be razed to the ground at 2.30 pm on August 28. The demolition will leave behind around 80,000 tonnes of debris and smog of dust. Experts told Moneycontrol that the dust will prove to be more harmful to the cleaning workers as they will come in direct contact with it.

Dr Adarsh Koppula, who is a cardiologist and a resident of Emerald Court - the society adjoining the twin towers, said that the demolition dust may spread to at least three kilometres and leave behind at least a one-inch thick layer of toxic dust in the society.

"This dust will contain ferric oxide which is injurious to tissues, it will contain alkaline cement that can cause alkaline burns. It will also have Silica which can cause fibrosis, cancer, lung problem, bronchitis etc. After the dust settles, the cleaning staff will sweep that out. While they will be removing the dust, they may be inhaling it and will come in direct contact with it as well," said Dr Koppula.

He said that the cleaning staff needs to be fully protected and should be given a PPE-kit kind of protective gear for carrying out the sweeping work.

"They should have goggles to cover their eyes. Ideally, they should have a respirator or at least N95 masks that will take away most of the dust particles. They should wear fully-covered clothes and use hand gloves. They are frontline workers but form a group of people who have been slightly forgotten or usually ignored," said Dr Koppula.

He said that the administration should ensure that cleaning workers get proper protective gear. He advised that even if the workers have to take a break, they should move to other areas before removing their masks.

A Noida authority official said that all cleaning staff and workers deployed for works related to the demolition will be given N95 masks and other necessary protective equipment. 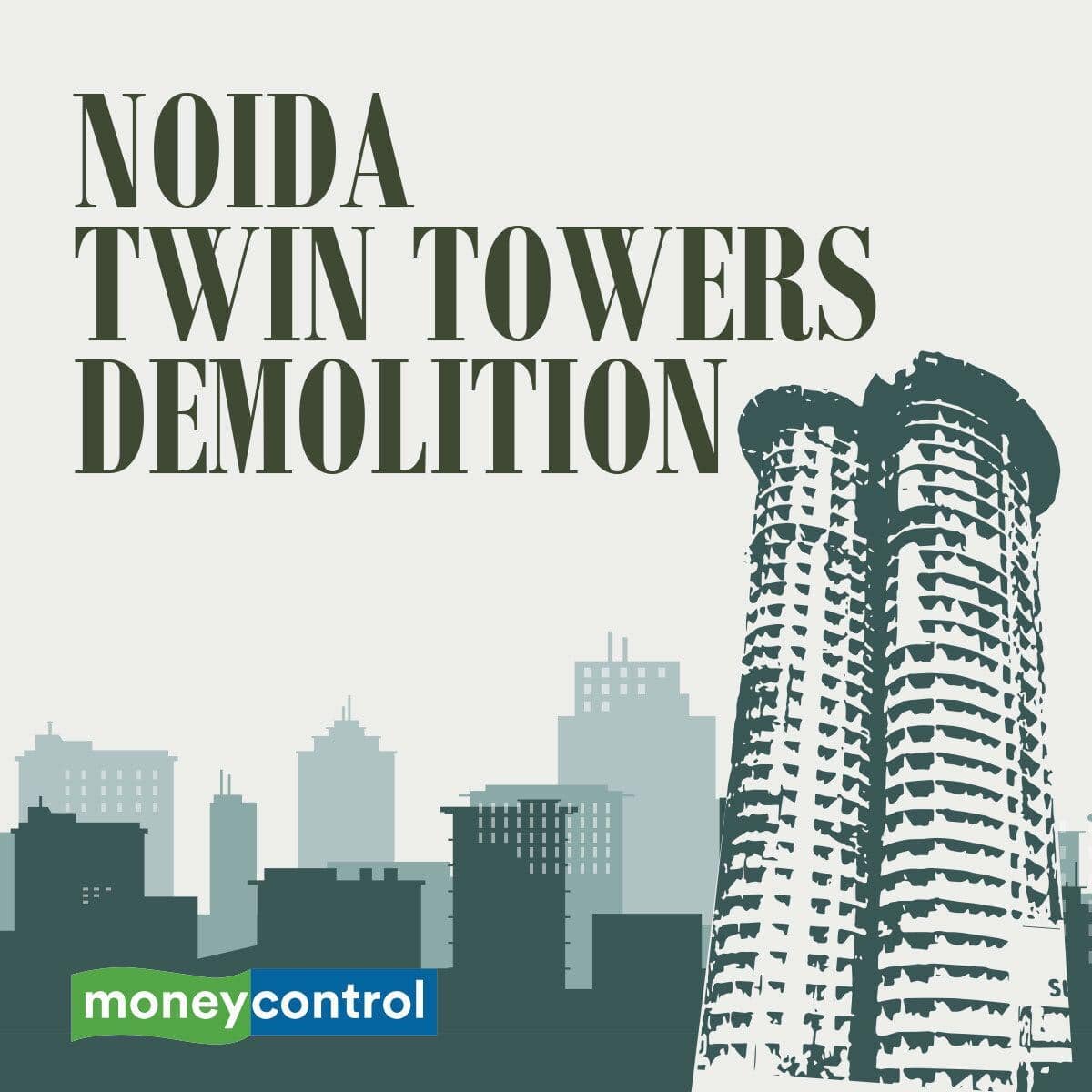 Dr Koppula said that an SOS group exists in the Emerald Court society and the group has been advising the residents about precautions to be taken post demolition.

"The residents have been advised to take care of their eyes, nose, throat, lungs and skin as they have to avoid coming in contact with this dust. It can cause burns. If a person inhales too much of this toxic thing, then the lungs and throats might cause spasms that will make it difficult to swallow food. One may not be able to breathe as it's full of Silica," said the doctor.