Why you must a cancer insurance plan for yourself

Occurrence of cancer, in addition to being an emotional setback, is bound to be a financial affect the family unless there is a provision for it

Merely the mention of the word cancer can instil fear and fright in the toughest of person. But getting scared is not the answer and being prepared at least financially is the least one can do. The incidence of cancer seems to be increasing in the country. As per a recent study, cancer cases are likely to increase from 14 lakh in 2016 to over 17.3 lakh by 2020.

Cancer has spread across the society. Cancer victims are individuals from various age groups, social status, physical fitness, gender. Among prominent Indian celebrities who have been hit by the disease are cricketer Yuvraj Singh, movie director Anurag Basu, and actresses Nargis, Mumtaz and Manisha Koirala. Recently, actress Sonali Bendre announced she is undergoing treatment for cancer.

Several studies have shown that more than genetics, 70-90 percent of all cancers are environmental. The cancer scenario in India is also alarming as according to GLOBOCAN 2012, a report prepared by World Health Organisation’s International Agency for Research on Cancer, India already has the third highest number of hematological cancer patients in the world after the US and China. 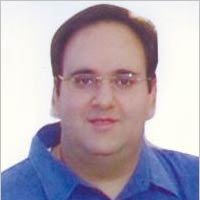 Occurrence of cancer, in addition to being an emotional setback, is bound to be a financial setback to the family unless there is a provision for it. As the incidence is showing an increase, it is better to buy an insurance plan to meet its rising cost. Depending on the stage and treatment options, it could cost as low as Rs 2.5 lakh for six months of treatment, to as high as Rs 20 lakh. There are cancer insurance plans of life insurance companies that one may consider so as to meet the cost of treatment.

There are a few life insurance companies which offer cancer insurance plans. However, one must understand the way the benefits are spread out before opting for them. First, see if the cancer plan you are considering to buy offers benefits including payouts for all stages. Second, see what kind of benefit applies in each stage and the total benefit under the plan. Third, does the plan offer a fixed sum insured throughout the term or is the sum insured increasing at say 10 percent every year up to a certain fixed limit. The premium accordingly could be higher for such a plan but it takes care of escalating medical costs. Fourth, there could be a waiver of all future premiums once the cancer is diagnosed. See at what stage the plan offers it. Fifth, on diagnosis of cancer, there could be a regular income benefit as a fixed percentage of the sum insured.

The lump sum payout at any stage will adjust any earlier payouts. For example, if 100 percent of the sum insured is paid in the major stage, then the 25 percent paid in the early stage will be deducted. In cancer plans, there is no death benefit, but if death occurs within the waiting period, 100 percent of the premium is refunded to the family. There is an initial waiting period of 180 days from the date of commencement of the policy or from the date of reinstatement of the policy for diagnosis of cancer and valid claim to be admissible under this policy. There can also be a 7 day survival period in all these plans.

We have seen a massive increase in queries seeking help to evaluate and opt for the best cancer insurance plan as these plans tend to be quite complicated. People want to understand how to build the best protection for themselves within the matrix of health, critical illness and cancer insurance. There have also been a huge spurt in queries for cancer and critical illness covers to supplement their health insurance.

Please note that a cancer insurance is not an alternative to health insurance (mediclaim). One has to have a good health insurance plan, which he has taken after due consideration and discussion with a learned broker or advisor. This should cover the cost of hospitalisation. A critical illness plan pays the entire sum insured at the time of a dreaded diseases. Cancer plans appear to be a more inclusive insurance plan than the other alternatives at covering the financial cost in terms of loss of income due to cancer.