Complaints on banking services rose 65% in 2019-20: Here are a few lessons for customers

The Reserve Bank of India’s (RBI) annual report of 2019-20 was released a few days back. The report states that bank customer complaints increased by 65 percent over the previous year: from 2 lakh complaints in 2018-19 to 3.30 lakh in 2019-20. The complaints were filed with the three ombudsman schemes that RBI manages – for banking, non-banking financial companies and digital transactions.

Why did more bank customers complain?

Experts attribute the sharp rise in customer complaints to reduced banking services and lockdowns due to COVID-19 last year. The RBI announced a loan moratorium scheme. This led to many questions and concerns since a loan moratorium was itself a new concept borrowers. “Plus, lenders didn’t have enough clarity on how best to implement the scheme. They were not well-equipped to answer all the queries immediately,” says Kunal Varma, CBO and Co-Founder of MoneyTap.

At the same time, says Sobha M, Deputy Vice President and Head - Service Quality of Federal Bank, “RBI increased the awareness of its ombudsman schemes where customers could register complaints. People became more aware that they could raise complaints.” RBI has decided to roll out a unified ombudsman in the future, which will club the three existing  ombudsman schemes.

The central bank’s annual report says that despite the surge in complaints, it settled more than 92 percent of the issues. 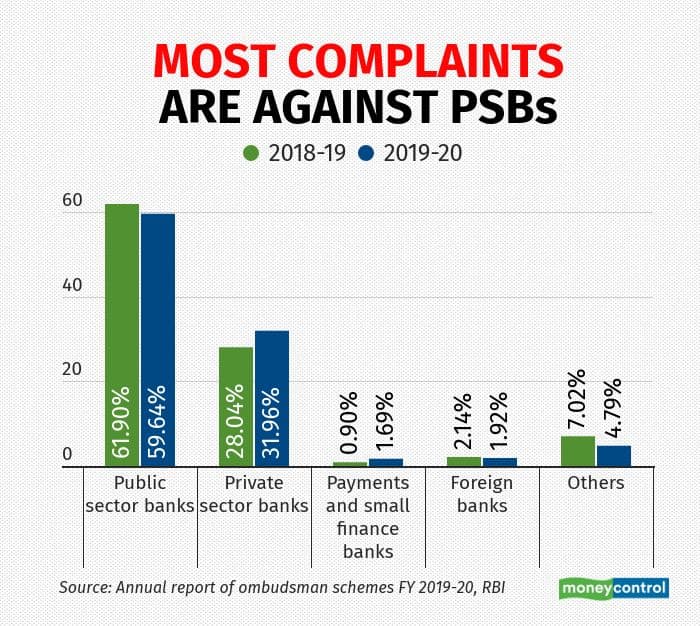 Also read: Digital lenders association tightens code of conduct for loan recoveries: What borrowers must be aware of

What are the complaints about?

Apart from COVID-19 related delays and challenges, experts say that as banking reaches more customers, complaints are bound to rise over time. More people now get onboarded through the digital route: you can open an account, ask for a cheque book, apply for loans, and so on, through your bank’s mobile app. “Hence, any small delay can upset customers,” says Sobha M. 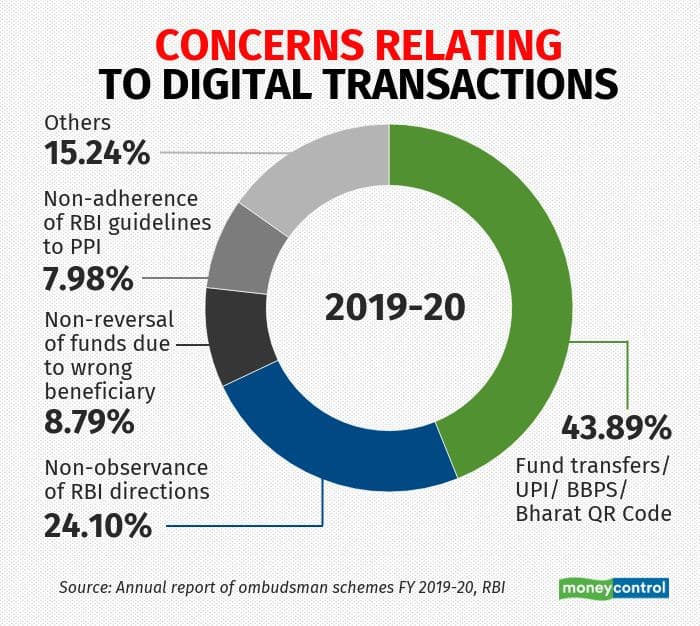 The RBI reports says that the major grounds of complaints under the NBFC ombudsman were non-adherence to the fair practices code, non-observance of regulatory guidelines, lack of transparency in loan agreement, levy of charges without notice and others. In the last few years, digital lending apps have partnered with Banks and NBFCs. These digital lenders are not always forthcoming in declaring their partner banks/NBFCs. “Most borrowers are not aware of the behind-the-scene lending partner (Bank/NBFC) while taking loans from digital lending apps and that leads to complaints when they see the Bank/NBFC name for the first time directly in the credit report while reviewing,” says Parijat Garg, a digital lending consultant.

The mention of interest amount, instead of an interest rate, leads to confusion among many customers, says Garg. But Varma says a big concern last year was when RBI declared a loan moratorium, but banks still charged interest. Borrowers were under the impression initially that a loan moratorium meant a full interest waiver.

Also read: Know your rights and protect yourself from your bank’s mis-selling practices

Unhappy with your bank’s services? Here’s what you must do

Going to the bank ombudsman must not be your first step for raising a complaint. You first need to file a complaint with your bank.

The report says that complaints on un-authorised transactions have also risen in recent years. Never share your personal identification number details with anyone. “Be careful when transferring money digitally and enter the correct account number of the beneficiary,” says Sobha M.

Also read: RBI’s warning to coercive digital lending apps: What borrowers must be aware of

Almost 15 percent of the complaints took more than one month to resolve, as per report. The unified ombudsman scheme ought to help resolve complaints faster. In simple words, it means that instead of going to three different places to lodge complaints for banking, NBFC and digital wallet related complaints, you will soon get a single window to register your complaint. This centralised mechanism will be called ‘One Nation One Ombudsman’ approach from June 2021.