Banks that offer up to 6.95% on tax-saving fixed deposits

In these uncertain COVID-19 times, investors are moving away from market-linked investments to safer options such as bank FDs to preserve their capital, despite the steady decline in interest rates over the last one year.

Data as on respective banks' website on September 9 2020. Interest rate of all listed (BSE) public & private banks and foreign banks considered for data compilation. Banks for which verifiable data is not available are not considered. The table includes only tax-saving FDs (for non-senior citizens) of a five-Year tenure. For all FDs, quarterly compounding is assumed. 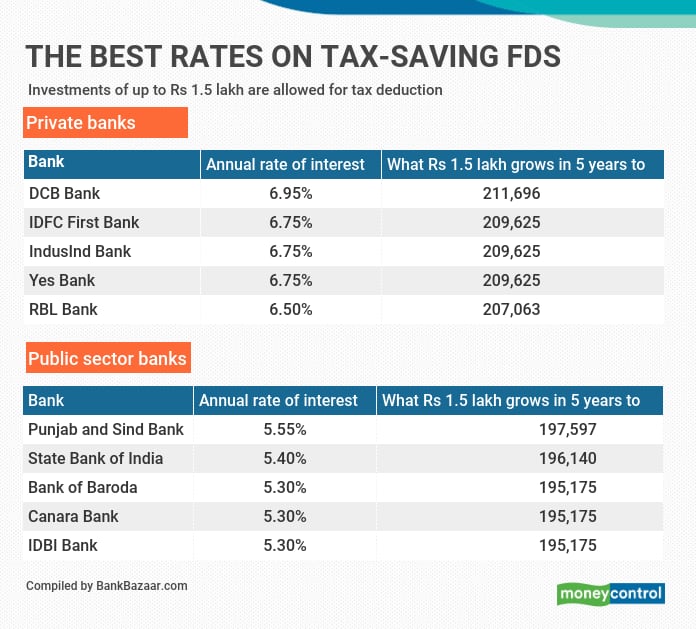 Private Banks such as Axis Bank, ICICI Bank and HDFC Bank offer 5.50 per cent, 5.35 per cent and 5.30 per cent interest respectively on tax-saving FDs.

Among public sector banks, Punjab and Sind Bank tops the chart with 5.55 per cent interest, followed by the State Bank of India and Bank of Baroda offering 5.40 per cent and 5.30 per cent respectively on tax-saving FDs.