Based on the open interest future percentage, there were 113 stocks, in which short-covering was seen including Nifty Financial, Torrent Power, LIC Housing Finance, HDFC Life Insurance, and IndiaMART InterMESH.

The domestic equities witnessed a strong rally on the monthly F&O expiry day as the benchmark indices clocked more than a percent gain on November 24, tracking positive global cues and falling oil prices. A continued decline in volatility after FOMC minutes, too, aided the investor sentiment.

All sectors participated in the bull run, but the broader markets underperformed frontliners as the Nifty Midcap 100, Smallcap 100, and Midcap 50 indices gained around half a percent each.

The benchmark indices ended at a record closing high on Thursday. The BSE Sensex jumped 762 points to 62,273, while the Nifty50 rose 217 points to 18,484 and formed a long bullish candle on the daily charts making a higher high higher low for the second consecutive session.

Positive chart patterns such as higher tops and bottoms continued on the daily chart and the recent swing low of 18,133 could now be considered as a new higher bottom of the sequence. Further upmove from here is likely to pull Nifty towards the new higher top, the market expert said.

The maximum Call open interest of 1.31 crore contracts was seen at 18,500 strike, which can act as a crucial resistance level in the December series.

We have seen a maximum Put open interest of 97.73 lakh contracts at 18,000 strike, which can act as a crucial support level in the December series. 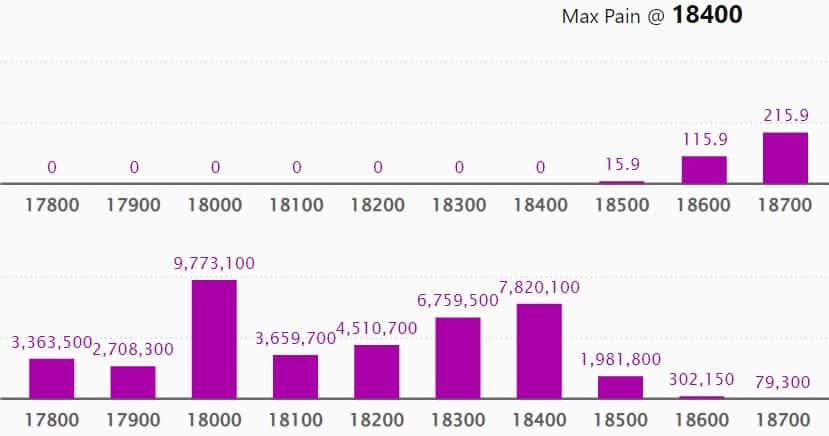 A high delivery percentage suggests that investors are showing interest in these stocks. We have seen the highest delivery in Voltas, ICICI Lombard General Insurance, ICICI Bank, ICICI Prudential Life Insurance, and SBI Life Insurance Company, among others. 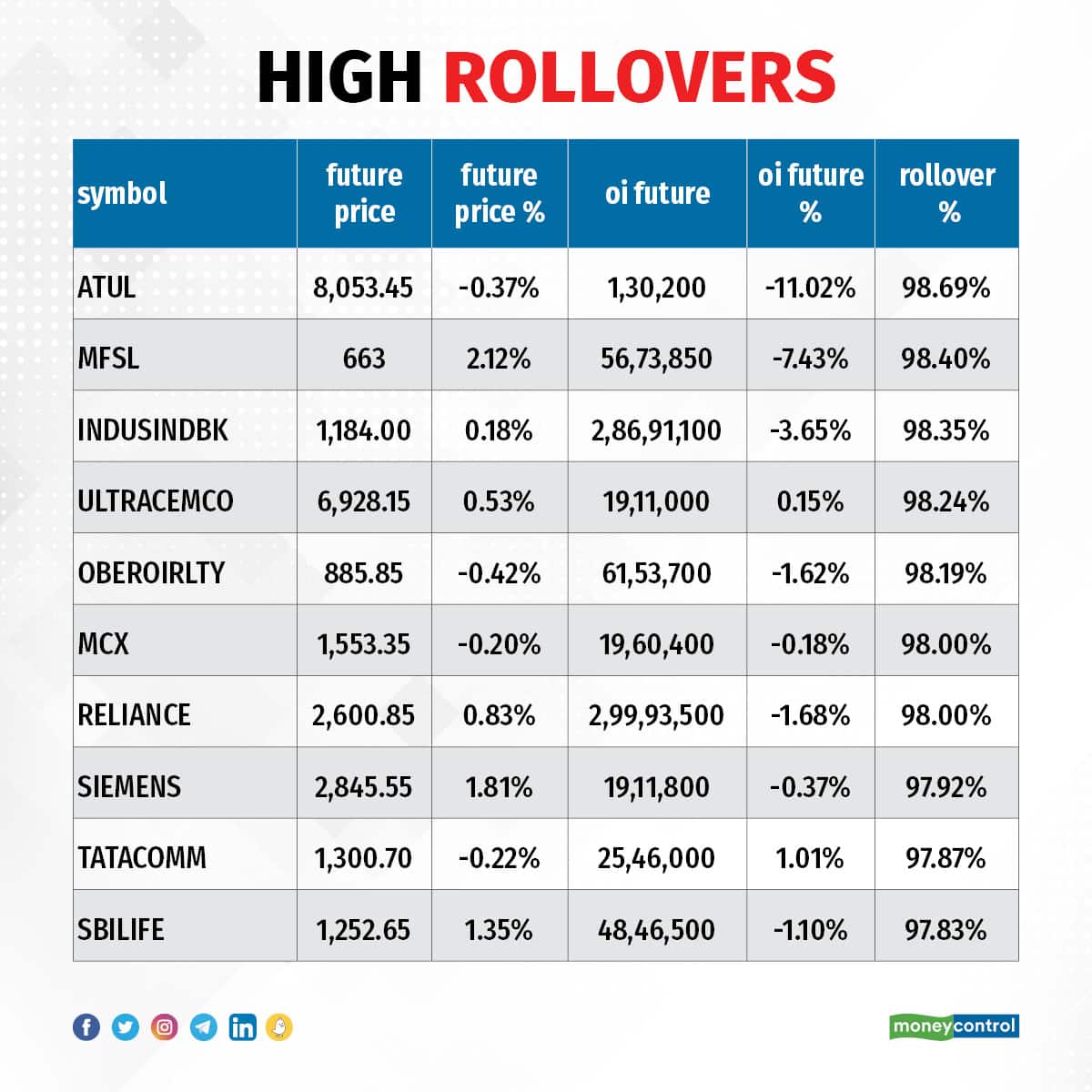 An increase in open interest, along with an increase in price, mostly indicates a build-up of long positions. Based on the open interest future percentage, here are the 9 stocks including Honeywell Automation, REC, Nestle India, Persistent Systems, and ABB India, in which a long build-up was seen. A decline in open interest, along with a decrease in price, mostly indicates a long unwinding. Based on the open interest future percentage, here are the top 10 stocks including Alkem Laboratories, Escorts, NMDC, Gujarat Gas, and Vodafone Idea, in which long unwinding was seen. An increase in open interest, along with a decrease in price, mostly indicates a build-up of short positions. Based on the open interest future percentage, here are the 4 stocks in which a short build-up was seen - Tata Communications, Ambuja Cements, Sun TV Network, and Shriram Transport Finance. 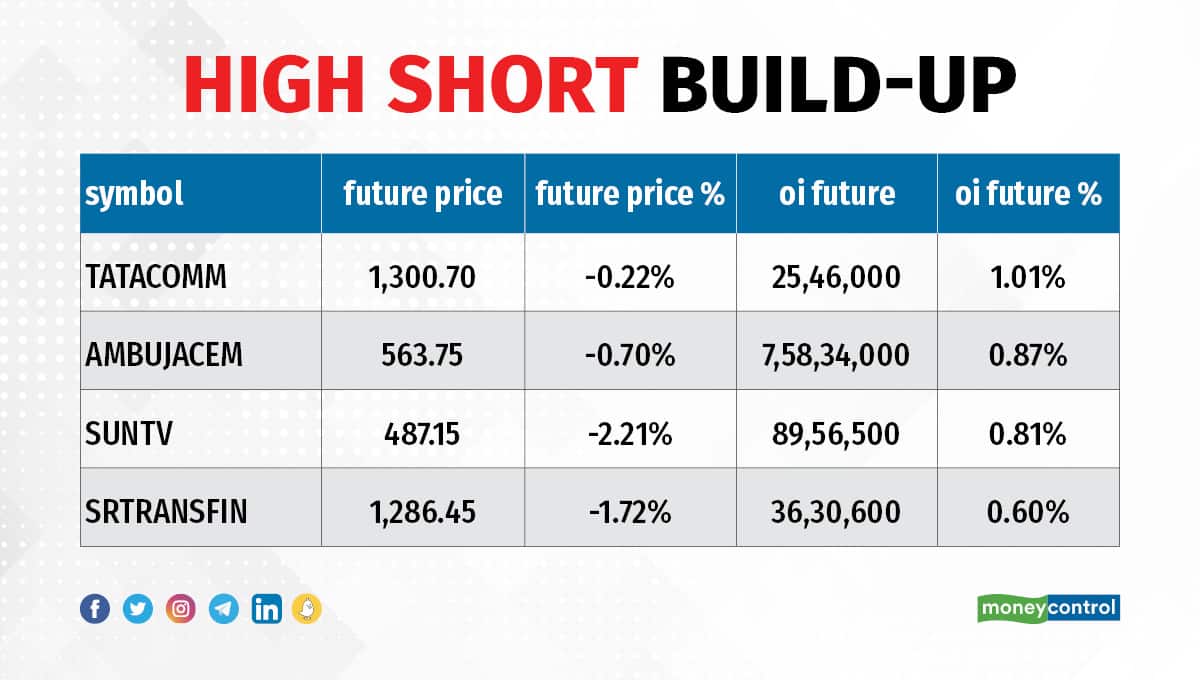 A decrease in open interest, along with an increase in price, mostly indicates a short-covering. Based on the open interest future percentage, here are the top 10 stocks, in which short-covering was seen including Nifty Financial, Torrent Power, LIC Housing Finance, HDFC Life Insurance, and IndiaMART InterMESH. 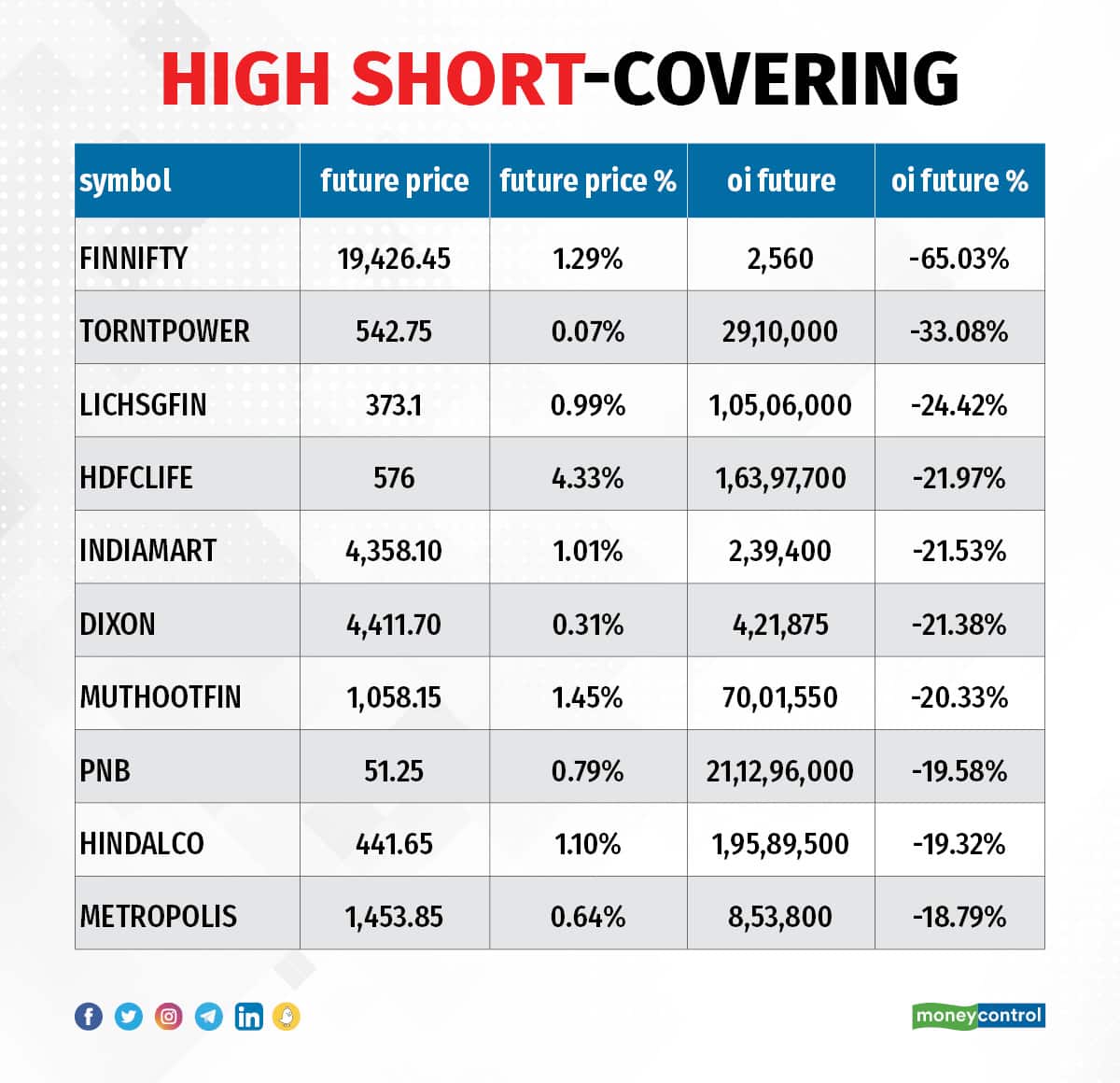 Fino Payments Bank: Capri Global Holdings bought additional 6.06 lakh equity shares in the company via open market transactions. These shares were bought at an average price of Rs 258.47 per share.

PB Fintech: Hedge fund WF Asian Smaller Companies Fund bought 67.75 lakh shares in Policybazaar operator via open market transactions, which is 1.5 percent of total paid-up equity. The fund has purchased 34.21 lakh shares on the NSE and 33.53 lakh shares on the BSE, at an average price of Rs 400 per share. The stake buy was worth Rs 271 crore. MCX India: Officials of the company will interact with C Worldwide Asset Management.

Aptus Value Housing Finance India: Officials of the company will be meeting investors and analysts in London.

Lupin: The USFDA has issued Form-483 with 8 observations for the drug product facility and API facility at Mandideep. The US drug regulator has inspected company's Mandideep unit-1 facility during November 14-23, 2022. "We do not believe this will have an impact on disruption of supplies or the existing revenues from operations of this facility," the company said.

Hariom Pipe Industries: The company has completed the setting up of its 15 ton electric melting furnace and the commercial production from the same will commence from November 25, 2022. This will increase the company's production of MS billets from the current 95,832 MTPA to 1.04 lakh MTPA.

Punjab National Bank: The public sector lender has received approval of DIPAM, Ministry of Finance, for divestment of stake in UTI Asset Management Company in single or multiple tranches. As of now, PNB holds 15.22 percent stake in UTI AMC. The objective is to realise gain on investment.

Kintech Renewables: Promoters Gaurank Singhal & Aditya Singhal will sell 1.96 lakh shares or 19.69 percent stake via offer for sale on November 25 and November 28. The floor price for the sale would be Rs 480 per share.