We will stick to our “smart alpha” framework which has a well-diversified portfolio across sectors that will capitalize on any wealth creation opportunity on offer.

Sticking to the “Smart Alpha” framework and keeping a strong risk-mitigation process in place is our way of steering through this crisis, Vikaas M Sachdeva, Chief Executive Officer, Emkay Investment Managers, said in an interview with Moneycontrol’s Kshitij Anand.

Q) D-Street got excited about a second stimulus package. What are your expectations?

A) What you have been witnessing for the past several months is a more pragmatic approach towards legacy socialist issues like the alleviation of poverty and universal healthcare for all by not doling out subsidies and piecemeal solutions, but attacking the problem at its root by creating jobs for large sections of the population through catalyzing industry.

Hence, whether it is reducing borrowing rates for corporates for their current growth plans to reduce corporate tax rates to enable them to re-invest for future growth the government has been pulling out all stops.This process has acquired a different dimension due to the pandemic, but I have no doubt in my mind that the government has not lost sight of the long-term objective.

To that extent, I believe that we will see not just ground-level measures in terms of lifting of lockdowns for the industry, but will also see focused stimulus packages being released at regular intervals

Q) It was a tough FY and Emkay L.E.A.D. PMS an ideal “Wealth Creation” Portfolio Strategy gave a negative return in the same period but the scheme outperformed Nifty in the same period. March was a difficult month but if we take out March your scheme would have given positive returns. What was your strategy to deals with the COVID-19 outbreak to safeguard your portfolio?

A) First, let me address the performance part of it. We have delivered consistent stellar performance due to the “Smart Alpha” framework being implemented. 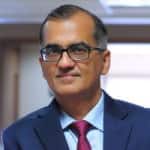 Since its inception on November 18, the scheme has delivered a positive return despite the industry slipping by over 14 percent in that period.

Over the last 12 months, the markets have been very volatile and the index itself has shaved off more than one-fourth of investor wealth. Emkay Lead, on the other hand, has managed to hold its own and fallen by less than half of the index.

Likewise, for a near-term performance of 6 months wherein it has still delivered an alpha of 5.5 percent. The “Smart Alpha” process creates a clear framework for the fund manager to operate in and manage risks in a better way. While focusing only on the Nifty250 space exclusively, and further curating the universe by focusing on high ROCE delivering companies in the space of value migration and consumption, the strong sectoral leaders that have been invested in, will outlive most dislocations in the stock markets.

This mitigates the selection bias most fund managers are subject to in times of extreme duress like these.

Further, by investing in a focused portfolio of 15 stocks on an equal-weighted basis rebalanced annually, the process tries to ensure that no allocation bias creeps in, thereby making the portfolio much less volatile, especially in times like these.

Sticking to the “Smart Alpha” framework and keeping a strong risk-mitigation process in place is our way of steering through this crisis.

Q) How is the next financial year looking according to markets and economic point of view? Will you tweak your strategy to combat volatility in the next 12 months?

A) As mentioned above, we will stick to our “smart alpha” framework which has a well-diversified portfolio across sectors that will capitalize on any wealth creation opportunity on offer.These are leaders with high cash-generating strong balance sheets, cost-efficient and have a great brand franchise which will become even stronger as this crisis ebbsHaving said that, the current crisis will throw up a new set of leaders in some other sectors and could potentially generate far more wealth.

Q) IMF suggests that we could see the Great Depression 2.0. What is kind of impact would that have on markets and the economy? And, it would also mean that what investors lost in the market mayhem might just be a trailer?

A) What IMF sees as “The Great Depression 2.0” can be “The Great Reset ‘2.0” for India. I believe that national security concerns around global supply chains will drive global corporations to countries like India which are set to welcome them with a slew of investment-friendly measures being implemented on a continuous basis.

The twin perspectives of our corporate tax rates being the lowest in this part of the world and a huge growth-oriented domestic economy will more than offset any edge any other country has over us.What we also must realize is that the advantage global soft diplomacy has created for us will ensure that it is difficult to ignore India currently. In anticipation, it could lead global capital flows coming back to India anticipating this major paradigm, even though locally we might take some time getting back to business as usual

Q) March quarter earnings are likely to stay muted, but management commentary will be eyed. What are your expectations from India Inc. when most economists are foreseeing in a GDP growth of near 0 for 2020?

Most sectors pencil in the last quarter of the year or thereabouts for around 40%-50% of their growth targets. From that point of view, one is expected to see a gradual normalization returning in the next two quarters, monsoons expecting to be reasonably bountiful and rural demand seemingly not too stressed – we could see things pick up in the latter part of the year with the onset of the festive season.

We have seen a similar playbook operating in Wuhan, in China, wherein after lockdown of 76 days, things are starting to stabilize.

So overall, while one does expect earnings to be hit - more in some sectors than others – overall, we may just go through this fiscal with a few bruises rather than some serious damage

Q) So if we are in a Great Depression-like situation what is the kind of portfolio that one should work with? Is time to go underweight on equities to conserve capital? But, at the same time use the capital; reserved for equities to get into quality stocks?

A) Time to invest in equities because they are “oversold” in terms of valuations, but not to go overboard in terms of asset allocation.

The markets are hunting for a silver bullet like the vaccine/cure to decide on what clear direction to take – however, several stocks are already discounting 2-3 years of indifferent performance at these valuations. Any sense of normalcy and the markets will latch on to it.

Hence, trying to time the market may be futile, but waiting it out for at least 3 years from now is a must. Hence, capital must be invested appropriately.

Q) With the economy heading towards near Zero levels – do you think it would make sense to avoid small & midcaps which usually get a booster from the economic activity?

A) Go for quality stocks and leaders with strong balance sheets that are available in the large and large midcap space.

Now is not the time to hunt for the next pot of gold in a small-cap when you have large nuggets of gold visible in the dust waiting to be picked up.

Q) Which sectors are likely to turn out to be leaders and laggards of the next bull run?

A) Too early to comment currently, but in terms of future sectors to bet on telecom and healthcare seem to be interesting.