Porinju says politics to be trend decider for market, bets on 2 infra stocks

He believes the markets are not looking into any bubble territory, they look reasonable and healthy

Benchmark indices have corrected about 6 percent and mid & smallcaps around 8 percent in the last 2-3 weeks, which was healthy correction, Porinju Veliyath, Founder of Equity Intelligence India said in an interview to CNBC-TV18.

He believes the markets are not looking into any bubble territory, they look reasonable and healthy.

In fantastic rally of 29 percent on the Nifty in 2017, investors made average 30-40 percent kind of returns and smart investors made 80-90 percent returns; but in 2018, investors have to live with much lower return expectations, he said.

He thinks correction for the time being is done, but some stocks, which are still overpriced, may correct more. 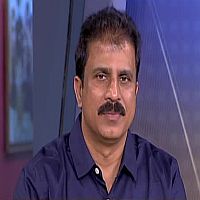 According to him, one day kind of correction can be possible following the sell-off in global markets, but I don't think one needs to panic.

After sharp run and Union Budget, now the time has come that the market has to consolidate, he said. "We can't see 20-30-40 percent rally every year."

Porinju strongly believes politics will take the centrestage on Dalal Street over next one-and-half-years. In fact, politics will be trend decider for the market.

All-in-all, this is a year of consolidation but I am optimistic on investing front. India is in the midst of huge economic reforms, he believes.

Smart investors can create wealth by using midcap and smallcap theme for another 2-3 years.

The second theme is corporate governance.

The rally in Fortis Healthcare shares after promoters Malvinder and Shivinder Singh resigned and Supreme Court allowed to sell pledged shares is the best example of corporate governance, he said, adding it shows that how bad the promoters behave with investors community and country.

He confirmed that recently he bought some shares in the company.

He exited Future Group stocks which moved up by 4-6 times.

Buying stocks when they have a problem in the company and selling it when everything is perfect - is the mantra of ace investor Porinju.

He continues to be bullish on infrastructure space as there is large deficiency of infrastructure in India. India needs to spend Rs 10-50 lakh crore over next 10 years to help people to live comfortably.

But stock picking in infrastructure space is a challenge. He likes IRB Infrastructure which has reasonably healthy balance sheet and good business model.

He also likes Titagarh Wagons despite bad results. "The company lost big money in European operations but in India, it is still making some profits. Given the railway and related infrastructure allocation coming up, we have to be optimistic on these companies going forward."

Some of these are emerging companies within infrastructure space, he said, adding there could be future L&Ts in next 5-10 years.