There have been multiple news items on central banks buying gold in large quantity. In this explainer, we will see reasons behind this recent love for gold by central banks. According to the World Gold Council (WGC), central banks collectively hold 31,422 tonnes of gold valued at $1,688 billion. WGC data shows the changes in these gold holdings over the last 20 years. We can see that central banks were net sellers from 2002 to 2008 and have been net buyers since 2008. Why do central banks hold gold?

The central banks hold gold for both historic and macroeconomic purposes.

Gold is available in limited quantity compared to other similar metals such as silver and copper. Gold’s shine and lucre also does not change with time. This means if central banks supply money backed by gold as an asset, it constraints and limits central banks’ ability to create money. Hence historically, central banks have held gold and even adhered to gold standard for many a decade.

Despite the lesser importance of gold, central banks continue to hold the metal for macroeconomic reasons. Gold remains a preferred store of value in case of high inflation and a safeguard against financial emergencies. The central banks also hold gold for hedge against both inflation and financial stability.

Central banks of which economies are the most active in gold markets?

The United States of America (US) holds tops the gold holding chart, at 8,133 tonnes which is 26 percent of the overall gold holding. This is quite ironical as well as the US dollar is also the reserve currency of the world. In either high inflation crisis or financial instability, there is a demand for US dollar. So if the US itself holds 26 percent of central bank gold, it tells you something about the continued importance of the metal. 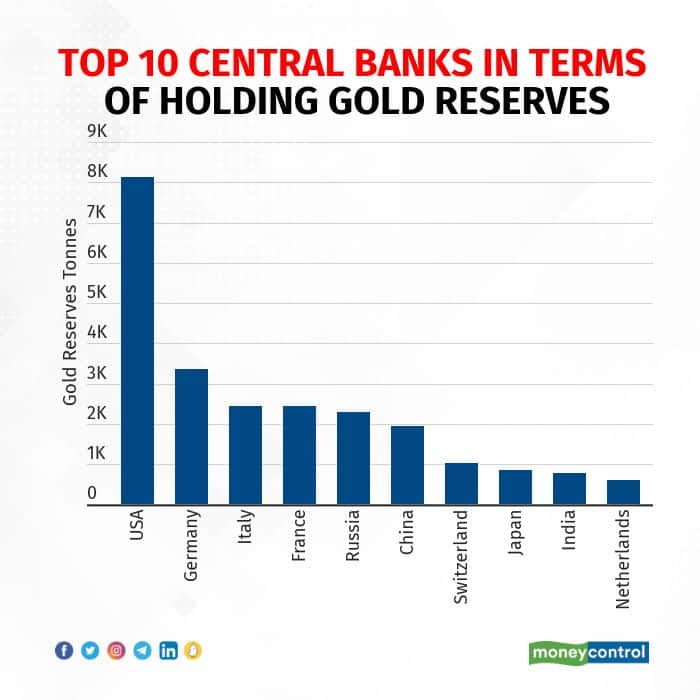 We have also noted above that central banks were net sellers of gold from 2002 to 2008 and then net buyers from thereon. Since 2008, the global economies and financial markets have been impacted by multiple crises. It started with the 2008 global financial crisis, 2010 Euro area crisis, COVID-19 pandemic and now the 2022 Russia-Ukraine war. This has led to concerns within the central banks, leading to increased buying of gold. Where does the Reserve Bank of India (RBI)/ India stand in this discussion?

The above figures show that RBI stands 10th in the overall gold holdings and 4th in terms of buying in 2009-12. RBI’s gold holdings do not change in the 2004 to 2008 period. In November 2009, the RBI purchased 200 metric tonnes of gold from the International Monetary Fund (IMF), under the IMF's limited gold sales programme. As a result of this purchase, the RBI's gold holdings increased from 357.75 metric tonnes to 557.75 tonnes which remains unchanged till 2017. From 2018 onwards, the central bank has been regularly buying gold as well. The central banks hold gold both domestically and in other countries. From 2004-09, around 80 percent of the RBI gold was held domestically. Since 2010, as RBI has purchased gold, these gold purchases are held overseas. Of the gold held abroad, 65.49 tonnes are being held with the Bank of England and the Bank for International Settlements since 1991. 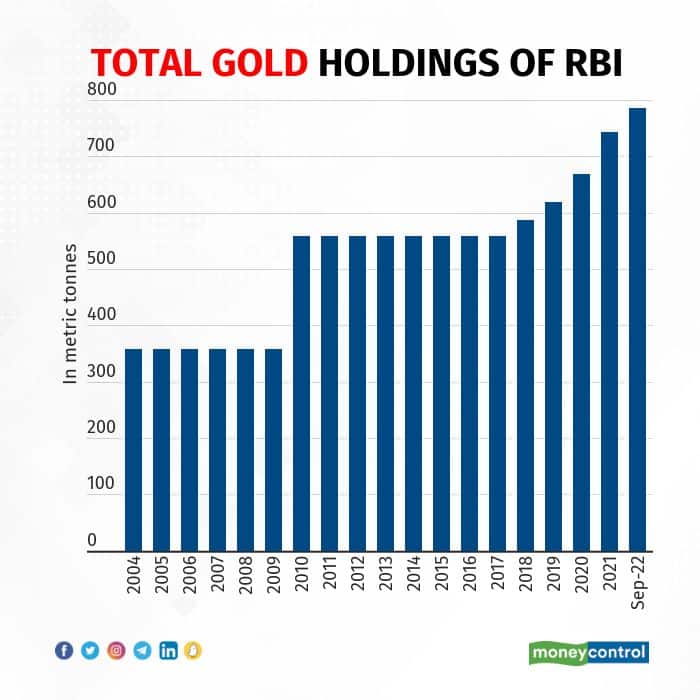 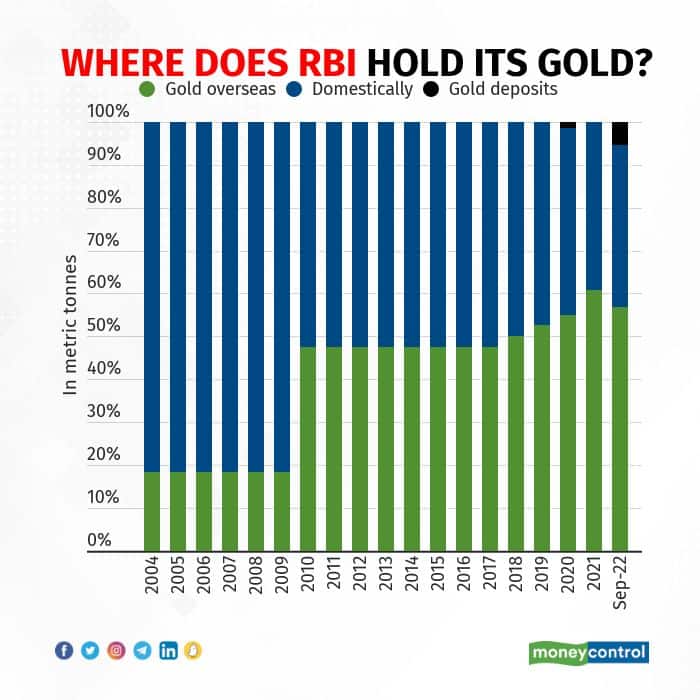 Where does the Reserve Bank of India hold its gold? (Source: RBI)

What does this gold buying by central banks signal for the world economy?

Who is PR Sundar, Mercedes and Jaguar-owning 'finfluencer' living in a Rs. 30 crore penthouse?