Ronnie Screwvala on why unlearning is vital for a good leader, the importance of “a bit of” fear, and why tough decisions can't be collaborative

Serial entrepreneur Ronnie Screwvala talks about the importance of sticking it out in crunch times and how he likes to be involved in his work, but differentiates it from being micro-managing. 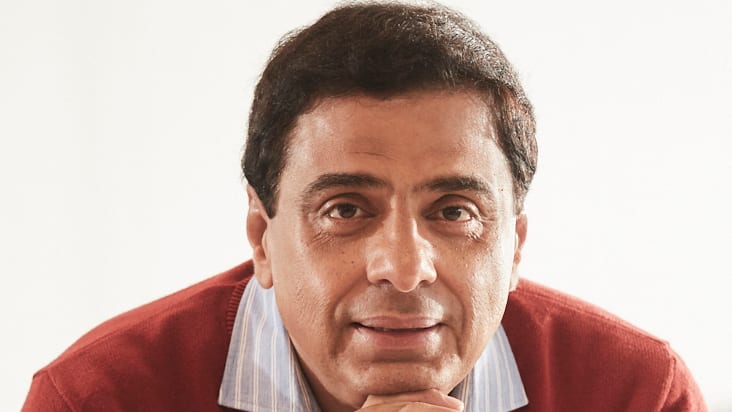 A contrarian. It could be an apt description of Ronnie Screwvala. The entrepreneur set up tele-shopping network and cable TV businesses when little was known about them. In 2012, after Screwvala sold off his remaining stake in UTV Software Communications to Walt Disney, few expected him to put on entrepreneurial robes again, almost immediately after the Rs 2,000-crore deal. Presently, as the co-founder and Chairman of upGrad, an online higher education company that, unlike the other startups, doesn't believe in discounts, the 64-year-old continues to push the envelope; as he does while answering Moneycontrol's questions. "I'm going to be a little contrarian," he warns us. We wouldn't have expected any less!

What time do you like to be at your desk?

Desk isa colloquial word today. I'm an early riser, and am at my symbolic desk by 6.30 am. And until nine, it's my most efficient desk period. My regimen of a walk and yoga is the best thinking time. I think the most productive hours are when you are alone, can introspect and can organise and prioritise.

Late evening is also a good time for me. After a swim, which is not possible now, or a run and a bit of family timeat dinner, I get an hour to introspect on a couple of things. May be something during the day bothers me and requires a little more thought, or some strategic thinking.

I don’t think business schools really prepare you for leadership. But I also think, jobs are not the best place to learn leadership. A lot of these things depend on the individuals.

In business schools, there are a lot of collaboratives and analyses. There are a lot of things that you digest there, sometimes fundamental, and sometimes rudimentary. But when you get out of there, 50 percent of what you learned, you have to unlearn to become a good leader.

On the job, is also tough. About 80-90 percent of a job sucks you into the routine, whether you are at the top or at the bottom.

For me, it has been like that. It's about you moulding leadership for yourself.

Involved. My management style is involved. I would like to be involved in the work. Now that could be misinterpreted as interfering or being micro. But it's neither of the two.

I won't second-guess someone else’s decision. Otherwise, they will lack total ownership.

Do you want to be liked, feared, or respected?

It’s a trick question (laughs). Because everyone would love to say I would love to be respected. But to be honest, I think if there isn’t a little bit of fear, then one can't be respected. Only being feared is not productive. But respect comes with fear. It's foolish to say that respect happens without fear.

It's not a support team. I have my Executive Assistant who has been with me for 14 years and that is great. A team for me is one with people who are as passionate as I am on what we all are doing. And not someone I need to second guess on commitment. These two are the important elements for me when it comes to people.

Also important is to create an environment where the other person is empowered and can grow. A business outside of the industry, or a business leader that you draw inspiration from?

To be honest, and I don’t want to sound facetious, but that’s not the case. I don't have a singular idol person. From time to time, different people would have come in and asked me really tough questions, which I felt I hadn’t thought about before. And that's where I have been more influenced than anywhere else.

Which management book has influenced you?

I think it's chapters and not books for me. Real advice is nugget size and not book size. Also, I can't say this or that chapter. But chapters have. You underline something, bookmark something. And those bookmarks are something that you go for. Those bookmarks could be just two in a book. Or, a line in a podcast. A simulation of all of that becomes your notes. And that is what becomes more interesting today, than a management book.

I think most books talk about a lot of good things that are nice to hear. But when people really talk about some tough decisions, or real gut wrenching failures,those are much more interesting to read.

Do you socialise with your team outside of work?

I'm a recluse by nature. I think socialising is a little bit overrated today. And I don’t drink.

It may sound contrarian to the perception because of the businesses that one is, one needs to be highly social. Be it media or education.

But having said that, I think the line between socializing in work and outside work has narrowed. The point is, 99 percent of the time when you go drink outside, you land up talking about work. Then am curious, how is this socializing?

What would your key management advice be?

Today my motto is to focus more on less. I want to do less things with even higher impact. And that’s something I missed not having done in the early part of my life. Then, a lot of opportunities come your way and you look at multiple things.

Two, glory is quite fleeting. I have a short span for celebrating any success, small or big. While other people want to hold on to that moment, I want to just move on to the next.

Lastly, it's about just sticking it out. That’s a big thing for most people. I don’t think we stick it out. We make a lot of deals with ourselves. But if we do stick out, then there is some sense of success at the end of it.

At that particular stage, it may look like the world is falling apart, the self-conviction gets questioned, or the confidence gets questioned. So many of us, half the time, decide on things based on what others will think about ourselves. That’s the time when you have to do it on your own and you need to have the gumption to stick it out, and have the conviction.

The Week on Dalal Street | Weekly wrap of market trends, stock moves & what to look out for!