The growth in the number of factories in Gujarat and Haryana and the decline in Maharashtra was quite uneven, with sharp changes seen in 2-3 years. For instance, of about 5,600 factories added in Gujarat during the six years, most net additions happened in 2016-17 and 2019-20 when about 3,200 units were added. In Haryana, most additions happened in 2014-15 and 2018-19, with a decline in numbers reported in the following years. Maharashtra reported a fall in the number of factories in operation in each of the six years under review, but the largest drop was seen in 2016-17 when 1,200 units ceased working. 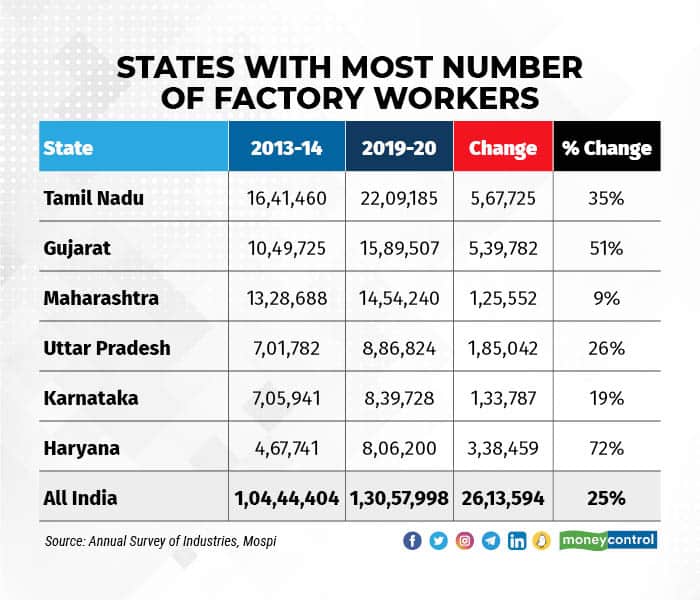