Do not expect such high divergence for other banks and what happened with Axis Bank to happen with the peers, says Srikanth Vadlamani, VP-Financial Institutions Group, Moody's.

Lately there have also been problems from the telecom space with the RComm-Aircel merger not coming through. So the question now is have the NPAs peaked off.

Vadlamani says the question is does the Axis Bank numbers tell us that the extent of problem is much bigger than expected.  However, he does not expect such high divergence for other banks and what happened with Axis Bank to happen with the peers.

According to Vadlamani the extent of recognition of NPAs has not been uniform across Banks and expects the overall problems of PSU banks to be 50 basis points higher than FY17 reporting. 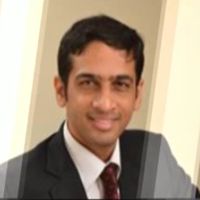 Bhasin says Axis Bank has been disappointing for last many quarters and believes this is a wakeup call and yet GST disruption has not been priced in. This is all excess provisioning, which was due but not on the books and could extend in next few quarters. According to him, more disappointments could come in from others like Yes Bank and HDFC Bank, which is also now a big corporate lender.

Bhasin says right now liquidity will chase stocks that have fallen more in spite of weak earnings and weak provisioning. Moreover, with many IPOs lined-up, primary market is going to be in focus. However, as a contrarian bet, he thinks ICICI Bank has a good risk-reward at Rs 255-260 bank and also would like to stick with State Bank of India but wait for numbers of others to come out.
Tags: #Axis Bank #Business #business news #Non-Performing Assets (NPAs)
first published: Oct 23, 2017 10:56 am