"Given that nothing has been done on divestment front, I will be surprised if government achieves FY15 divestment target," says Prithvi Haldea, MD, Prime Database.

In an interview to CNBC-TV18 Prithvi Haldea, MD, Prime Database shared his views on the new government’s divestment drive. He said that nothing much has moved on divestment front by the government. He also feels that the government should not prefer OFS route for most divestments since it is not easily understood by retail investors.

Below is the verbatim transcript of Prithvi Haldea's interview with Anuj Singhal and Ekta Batra on CNBC-TV18.

Ekta: There is not much movement that we have seen on divestment. We have seen a lot of noises on Oil and Natural Gas Corporation (ONGC) roadshow, Coal India roadshow till now. Four months left for the fiscal year to end, how much pressure do you think the government is under at this point in time and your sense on how expedited the divestment agenda will get now?

A: Last year we had a very stiff target and ultimately nothing much was done. The government had to resort to lots of devious and very interesting means like special dividends and cross holdings and stuff like that and real divestment was not much. 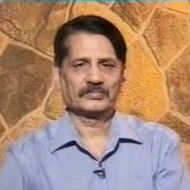 This year the target is even stiffer, higher than last year and as you rightly said eight months have gone by and nothing has moved at all. We have been hearing divestment stories right from May-June and we have had good markets. Typically when the markets are bad then you have this problem of having to differ the divestment issues because you are not getting the right valuations. You have seen the market run up in all these months so it is surprising that why divestment has not taken place.

One of the concerns which is emerging and I have been saying this for long that the government should not announce much in advance a specific divestment offer because what happens is the market then pounces upon that stock, the prices go down and then either the government is forced to then do an offering at a low price or just call off the offering. That is one situation that the government is currently confronted with.

You might have read that they want to take the market by surprise which is what I have been saying that you announce a basket of offerings in the beginning of the year but don’t say which is going to enter when. These are all well listed stocks so there is no need for you to sell or do a roadshow in my sense. All you need to do is just announce two days in advance and suspend the trading. This is a special corporate action; you cannot have an offering at the same time as a secondary market trade happening. Suspend the trading, do an offer and just get out of it. That is the best way to realise good prices.

I have been arguing for long is that at every foray we hear about retail investors missing from the market. We continue to talk about how household savings are not coming into the equity markets. Yet the best opportunity of getting these people interested is the PSUs; these are strong companies, they are trustworthy companies, there is no stigma of private promoters running away with money.

Given that why can’t the government do offerings of PSUs at a significant discount with retail? 15 percent discount; this is public wealth going back to the public. There are no concerns, these are anonymous investors so you cannot be accused of favouring anybody; just do a mass offering. We have seen Coal India for example got 12-13 lakh new investors. Retail has the depth, retail has the numbers – have you tapped them well enough? Why do you want to maximise the price across all segments? Let us do a discount offering to retail. You will get millions of them coming in and public wealth will be shared with the public. This is politically also more expedient because then people are going to make some money.

The Rajiv Gandhi Equity Savings Scheme (RGESS) scheme which was launched three years ago which is a non-starter if you want to give tax breaks on equity investments then give it to retail. Tell them in case you invest in PSUs you will get a tax break. So, it will make it doubly attractive and then move ahead. The point is that we cannot act like private promoters and try to maximise the price and then not able to maximise price. If you remember the issue of Power Finance we announced the offering, four months later the offering took place, the price had fallen by 40 percent. Who is accountable for that loss?

Anuj: Could ETF route be another option. We had one in the past which was a big success?

A: Why complicate? ETF has not attracted retail investment. We have had a successful ETF in the past, there was a talk about SUUTI ETF being launched, there is news that has been called off because the government is confident that they can raise the target through normal means. Don’t complicate the instrument for the retail. If you want retail do a straight offering at a discount. ETF is a good instrument but it requires education, it requires a kind of marketing which we are not ready to do.

Three, offer for sale (OFS) route that the government has been taking in most of the offerings is again a route which is not very convenient and understood easily by the retail investors. Although there is now 10 percent reservation in OFS for retail there is huge concern that does retail understand OFS? Can they participate in an online bid? How do they do it? Why do that? Just do a fixed price offering. They understand fixed price, single price at a discount to the market price. Don’t complicate it for retail.

ETF are instruments which will emerge. We have made a good beginning; I am not against ETFs. For example, let us look at the SUUTI companies. The government has no business to be holding onto those companies for so long. Give them to retail. If you are concerned about odd give them to domestic mutual funds, do a closed auction bid. Whoever bids highest, gets those stocks. There are various means that we have to aggressively look at and not go back by the traditional method where we have failed. As you rightly said, eight months have passed, what kind of pressures will the government have to raise Rs 50,000 crore in four months?

Ekta: Do you think that the divestment agenda will be met for this fiscal based on what was laid out as a strategy by the government in July in the Budget or do you think that they will have to resort to other measures that we saw in the previous year such the special dividend, etc?

A: I think the government can easily raise this amount. We are not talking of very large sums. We have not only huge retail base, we have institutional investors in India, we have FIIs who are interested in the Indian stock market so I am not concerned about the volume of money which is required to be raised. The issue is the commitment that the government shows in approaching the market in the right manner; what is the method of offering, to whom are you offering, at what price are you offering? Rs 50,000 crore I am not bothered but given the way things are moving I will be very surprised in case we are able to meet the target.