Below is the transcript of C Rajendra Prasad's interview with Ekta Batra & Anuj Singhal.

Anuj: While your numbers look quiet good on face of it the market has slightly better expectations especially on top line and front and which is actually flat. What happened on that and what's the outlook going forward?

A: Most importantly everybody should understand that’s it's a value-added product and though it's a commodity partly when it comes to raw material to build a brand, to build many markets and today we are into 77 countries in the world. 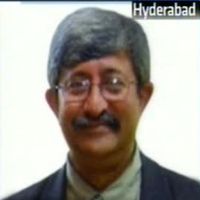 The new factory which has been built in Vietnam, this year capacity utilisation was more then 50 percent, next year we are looking at 75 percent. However, generally what happens is being a very conservative company till the bill of landing is dated before March 31, the turnover is not taken into this year.

So this year you will see whatever stocks have been there, will all be liquidity otherwise there is a 23 percent increase in turnover, EBITDA has gone by 19 percent compared to last year.

The overall performance itself, the earnings per share (EPS) is almost 45 percent. I am sure the market will be very happy at least most of our worldwide instant coffee manufacturers wonder how we do this on year on year basis. This is a truth.

Ekta: You spoke about how your capacity utilisation was around 50 percent in the previous year, in this physical gone by and you want to extend it to may be 75%. Tell us where this demand is going to come from?

A: We have gone into new countries, most of them have been on trial basis, sampling and marketing has been done and. So before we actually manufacture we sell the product then only we manufacture and that's why we are confident that whatever we have projected till now for the past three years – if you see three years back what we were and now, the whole market is very happy that we have outperformed.

So we are going to new countries, new markets have been created, new products are developed and value addition is much better in Vietnam compared to what we have in India. The capacity utilisation in India is almost 100 percent. Now we are expanding capacity from 15,000 to 20,000 this year. As we speak expiation is going on.

Anuj: Your margins have been stable at around 19 percent. I am reading a brokerage report which believes it could go up to 22 percent in FY17. Would that be reasonable estimate?

A: That's right, that's what we are also expecting because we are doing some value-added products which will give us additional margins.

Ekta: Can you just tell us about what these value-added products are?

A: From green coffee when we convert into instant coffee, it is a value-added product and also we have done some instant coffee along with three in one where we have used some non-dairy creamers and also we have gone in for more specialty coffees where the value addiction is more than what normal percentages are.