B K Mishra, M D, Welspun Corp says quarter-on-quarter (QoQ) performance will remain volatile because of the volume, in excess of a million tonne, needs to be booked on lower price to keep the new mills running.

Post the first quarter earnings, which are better than last year’s, Welspun Corp expects to maintain the performance this fiscal. B K Mishra, M D, Welspun Corp says quarter-on-quarter (QoQ) performance will remain volatile because of the volume, in excess of a million tonne, needs to be booked on lower price to keep the new mills running.

Speaking to CNBC-TV18, Mishra says the crude price is going to impact the oil country tubular goods (OCTG) business immediately. OCTG is a pipe used as a consumable to extract oil which goes inside the well and the company is now trying to supply this pipe for transporting the crude oil from the well heads to the production facility and then on to refinery, he says.

“Most of our customers have considered that oil price of USD 50-60 per barrel is going to remain as a reality in the days to come and we better be making profit and USD 60 per barrel for which we don’t need to transport our oil by using rail” he says, adding “We must use a pipeline and build a pipeline because whatever cash we have conserved in our balance sheet this is a time to invest and reduce your transportation cost as much as probably 300 percent."

Below is the transcript of BK Mishra’s interview with Mangalam Maloo & Reema Tendulkar on CNBC-TV18.

Mangalam: Why the volatility, year-on-year (YoY) the number show a significant improvement while quarterly sequentially as compared to the last quarter the profits are fallen as much by 90 percent while the margins have also come off?

A: It is almost like a reiteration of the same statement that I have been probably giving almost for the last 15 years that we are a company that probably everybody needs to look at on a year-on-year (YoY) basis. There is always volatility in quarter-on-quarter (QoQ) performance as far as we are concerned.

That is primarily because we are doing a volume of in excess of a million tonne and sometime when in the beginning of the year if you are order booking is low you are going to take some orders primarily to run new mills. So, those orders would have a lower EBITDA margin as compared to the one which is going to constitute almost 60-70 percent of your order which is much better margin. So you might see a, like, we have seen Rs 220 crore operating EBITDA this quarter. Next quarter it could be very difficult and it could be probably following the same pattern as you saw probably the last quarter of last year.

A: Very interesting question and I have been talking about this almost for the last four months in various conferences and what not. I must tell you that the crude price is probably is going to impact immediately the oil country tubular goods (OCTG) business. This is the pipe which is used as a consumable if you want to produce oil and it goes inside the well. As far as we are concerned we are basically trying to supply pipe for transporting this crude oil from the well head to the production facility and from then on to the refinery. Practically, the business that we are seeing as a matter of fact our all time high enquiry list today.

The point I am trying to say that most of our customer have considered that oil price of USD 50-60 per barrel is going to remain as a reality in the days to come and we better be making profit and USD 60 per barrel for which we don’t need to transport our oil by using rail. We must use a pipeline and we must build a pipeline because whatever cash we have conserved in our balance sheet this is a time to invest and reduce your transportation cost as much as probably 300 percent. So, we are seeing actually a tremendous off surge in our business. The fact that we started the year this year with a one million tonne order and as of now while we are talking we have almost bided for 4.8 million tonne of business which is likely to be concluded in the next one quarter. So that is the kind of business that we are looking at as on today. 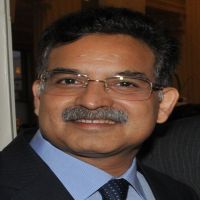 Mangalam: You said the company should be analyzed year-on-year (YoY), so the EBITDA has grown about 260 percent year-on-year while the margins have come from 3.8 percent to 10.1 percent. How sustainable do you think it is and what do you think you will do for FY16 in terms of margins?

A: What I can say is that probably the results that you saw in 2015 is probably almost on the onset of things to be probably coming for Welspun Corp and I must say that we would probably be following similar kind of a pattern and we see one of the best business opportunities coming up and more importantly we see opportunities coming from those customers with whom Welspun had had longstanding relationship and this is the probably beginning of a far better period for Welspun Corp as has been before.

Mangalam: So in that case what do we expect you to end FY16 in terms of your margins?

A: I have always refrained from giving a guidance but I can certainly say that probably we are on the course to probably repeat our performances whatever we have given in the market place in the past.

Reema: I was just reading somewhere that the order book stands at Rs 5,800 crore but in the investor presentation which you did post your FY15 earnings, you said that the starting order book is Rs 7,200 crore. Can you explain that, has the order book declined?

A: No because we started the year with about a million tons which was about Rs 7000 odd crore and generally whatever quantity that we execute in a particular quarter, we actually replenish it by booking fresh orders but unfortunately this year, I won’t really call it unfortunately, it is a minor shift that like some of the orders which was supposed to be finalized in the first quarter is probably getting shifted to the second quarter, so probably while I will be speaking to you next quarter, the situation will be very different.

Reema: So what were the order wins in Q1 and how would it compare to in historical average in the quarter gone by?

A: We would have booked just about maybe 100 odd thousand tons.

A: I won’t have that figure.

Reema: So basically some of the orders got pushed forward to Q2?