Buy IPCA; it is well valued for long-term investors: Angel

Sarabjit Kaur Nangra of Angel Broking says the stock is very well valued at the current prices and adds that the company‘s cautiousness about maintaining its profitability is a positive.

IPCA Laboratories lost 2 percent in intraday trade today after the company announced its Q2 earnings. The company’s number have been impacted by lower export growth as it has come in 23 percent lower due to USFDA alert for the company's Ratlam facility.

Nangra says the stock is very well valued at the current prices and adds that the company’s cautiousness about maintaining its profitability is a positive.

Below is the verbatim transcript of the interview to CNBC-TV18.


Q: What is your sense on the numbers that you have seen from IPCA in this quarter?

A: The numbers as you rightly pointed out are very below expectations. The key reason is we expected some kind of a deceleration in the numbers to happen but it is more than expected. The main reason has been US only so I guess the withdrawal has taken as whole on the numbers because the fact that sales as well as profitability as taken a huge fall and so as long as that issue remains I guess few quarters will be a bit like that only.

Q: You think this sharp fall in margins that’s also primarily because of the kind of concerns that Food and Drug Administration (FDA or USFDA) has pointed out in several of the plants? 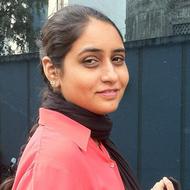 A: Mainly it is because of the sale coming lower.

Q: What is your sense in terms of now moving forward because again there were some more disclosures made just a couple of weeks back as well about the Ratlam facility and a couple of other facilities as well and also the possibility of more action coming in even from Canadian regulators? What’s your sense forward for the company and the stock?

A: After the last observation came and the company hasn’t come out openly. They had earlier given the guideline that in six months they will resolve the issue. After Indore thing came in they haven’t come out possibly in the concall they have been more clarity as what kind of a time line they are looking at. As a management they have always stood by that they are inclined towards resolving the issue and their voluntarily withdrawal also was in a way an act in that direction only. However I guess the commitment is there, probably it will take sometime before they are out of it.

Q: Would you expect sales to revive at all in the third or fourth quarters if they manage to manufacture at a third party plant. If they get their API manufacturing to move would that even be a possibility for IPCA and therefore hope this revival.

A: There are possibilities always exist for any company who is facing such kind of an action we have seen that in case of Ranbaxy others also so I think that always remains there. If the issue will take time probably another I guess a weakness of one or two quarter before things gets normalized.

Q: What’s your call on the stock?

A: We have a buy because the stock has already reacted significantly after the two USFDA downgrades and I guess the valuations for a long-term investor for a company which is capable of churning out net profit of Rs 100 crore per quarter it is decent valuation so and a company which is caution in terms of profitability and maintaining its profitability warrants a buy; we have a buy recommendation.