In an interview with CNBC-TV18, V Srinivasan, ED - Corporate Banking, Axis Bank, spoke about how the bank does not see the need to raise additional capital, why it is too soon to say â€œworst is overâ€ for non-performing assets and how much restructuring he sees for infrastructure loans.

In an interview with CNBC-TV18, Srinivasan spoke about how the bank does not see the need to raise additional capital, why it is too soon to say “worst is over” for non-performing assets and how much restructuring he sees for infrastructure loans. 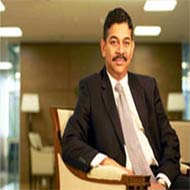 Q: The final provisions have come on the Foreign Institutional Investor (FII) holding. Should we expect a qualified institutional placement (QIP) from you?

Q: One thought that the non-performing loan (NPL) issues are over, but things are not really getting better on the ground. You have a decent exposure to infrastructure. Do you think that the worst for your NPL is over or do you think given the problems in the economy some more ghosts will pop up in next two quarters?

A: We have consistently maintained that we cannot in anyway conclude that things are going to look up from now on or the bottom has been reached. We are going to wait and see for the next few quarters.

I think the underlying fundamentals of the economy need to pick up, which will then need to translate into actions on behalf of corporates as well as monetary policy -- things need to seep through the system -- and only then you will see cash flows being realised out of some of these projects.

So you would see equities run up, you will see FX to some extent sort of stabilise, but underlying cash flows will then follow and that is something which is going to be important from the point of view of saying that the worst is over.

So I would think the period we have gone through in 2013 is something we need to be prepared for at least the first two quarters of 2014 before we take a call on whether things are going to look up from thereon.

Q: There is some niggling worry from the analyst fraternity that post FIIs hiking the stake Axis could become a foreign owned bank and hence be governed by the FDI policy. Would you want to comment on that?

A: That is how the regulations are and that is true of some of our peer banks too that if the overall foreign holdings become in excess of 50 percent on the back of FII purchases then the regulations would apply in term so what applies to foreign owned entities.

Q: You had guided for slippages plus restructuring at between 15 and 20 percent incremental. Would you stick with that or have things gotten stickier or better?

A: We said 15-20 percent higher from what we had said at the beginning of the year which was about Rs 5,000 crore. We stick to that. We said that after the Q2 results and we believe that is a number we should be able to stick to for the full financial year as of now.

Q: So around Rs 6,000 crore is what you would expect for the full year?

Q: Where really are the sticky points? Would you worry that some of the infrastructure companies, especially in the power space or in the road space could go belly-up? We spoke with KV Kamath and he compared the situation in power and roads to what banks went through in 2003 with steel stocks and at that time, large Indian financial institutions like ICICI, IDBI, IFCI and SBI had to take a haircut. His point is that in some of the infrastructure companies, at least a haircut is absolutely on the cards otherwise those do not survive. Would you concur with that view?

A: You to look at it on a project-by-project basis. When you restructure or when you phase out repayments or give some concessions automatically there is an element of haircut coming in. So to that extent when we restructure projects, whether it is infrastructure or otherwise, there is a bit of sacrifice which lenders make and to that extent that goes as a concession to the borrower and he also brings in some amount of equity accordingly as far as the restructured projects go, so that we got to take project by project.

Q: But given that many of them had assumptions of 8 percent GDP growth, therefore 8 percent of road traffic growth or some assumed power supplies and power tariffs, therefore haircuts would be the order of the day?

A: I would not say haircuts, I think some restructuring might be required.

Q: What about loan growth? How does that progress by the end of the year and also with respect to retail loan growth where Axis Bank has been relatively aggressive in the last many quarters, what kind of retail loan growth can we expect to see from now for the next 6-8 months and what would the percentage of the total book come from retail loans?

A: I think that has been a conscious strategy as far as the bank is concerned to have a well diversified portfolio on the loan side. The composition of retail is something which we wanted to increase. We have achieved our target of getting above 30 percent.

57% respondents say will not visit religious places once they are opened from June 8: Survey

Delhi health infra should be used for its residents only: Panel formed by AAP govt