UPCOMING EVENT:Special webinar on Highlights of global investing in 2021 and what lies ahead' at 2 pm on 21st January, 2022. Register Now!
you are here: HomeNewsAutomobile

SUVs vs MPVs : Which is the more practical choice?

Behind our strong preference for SUVs lie notions of security, upward mobility and the growing need for space. But do SUVs truly represent the pinnacle of practicality and comfort? Or is there a better alternative?

Kia Motors recently announced a scheme where buyers can return a freshly bought Kia Carnival within 30 days and have 95% of the total cost refunded, should they not be very pleased with the product. At present, the Carnival is the most expensive product sold by Kia Motors in India. Its top-end variant offers VIP seats in the middle row, an ottoman and 10-inch rear seat display screens among a host of other features. It arguably has enough space to satisfy an amateur gymnast. 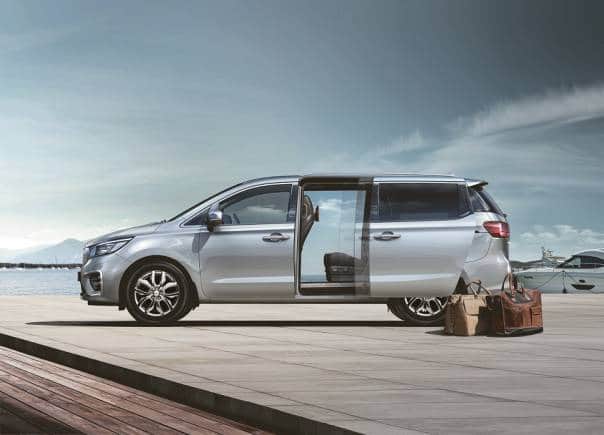 The scheme has been introduced in light of the massive drop in sales the Carnival has experienced, compared to the previous year. As of February 2021, only 400 were sold as compared to last year’s 1,620 units. Of course this has been triggered by the resurgent pandemic, but it does beg the question if MPVs, despite being as alluring and capable as the Carnival – the most well-equipped and plush MPV south of a Mercedes-Benz V-Class – are facing something of an image problem.

Do we really prefer SUVs over MPVs?

Statistical data appears to support this claim. From crossover hatchbacks, compact crossovers to full-sized seven-seater SUVs, we’ve come to circumvent the cladded-up hatchback and the roof-railed estate in favour of a proper, high-riding SUV. Every brand has an SUV-ish crossover in every segment, starting with the likes of the Maruti Suzuki SPresso and moving up the segment ladder to include Nissan Magnite, Hyundai Venue, Hyundai Creta, Tata Hector, etc. Out of the 25 top-selling cars in India, in February 2021, nine models were SUVs while only three were MPVs.

While not as popular as the ever-evolving SUV, the number of MPVs currently sold in the country exceeds the number that existed a decade ago. However, while cars like the Maruti Suzuki Ertiga, Renault Triber and Toyota Innova Crysta continue to put out healthy numbers (Ertiga sold 9,774 models in February '21 while Toyota sold 6,081 Innova Crystas) and suggest year-on-year (YOY) growth, the figure simmers down to triple digits by the time we reach high-end products like the Carnival or the considerably more expensive Toyota Vellfire.

If a segment-by-segment analysis is done, MPVs come out looking weaker, considering their absence in several segments and the fact that many brands like Tata Motors, Hyundai, Skoda, Nissan or Ford don’t offer an MPV at present (Hyundai is expected to launch the 7-seater Staria in the near future). The likes of the Nissan Evalia and the Renault Lodgy didn’t fare particularly well, and were discontinued.

Given the long hours people spend in traffic, MPVs make more sense than an SUV because of the spacious, often lounge like, environment they offer.

In terms of a preferred mode of transport, MPVs continue to show a lot of promise. According to a sales report by the Society of Indian Automobile Manufacturers (SIAM) the SUV and MPV segments are the only ones which have shown growth this year. So they’re clearly the second most preferred automotive category, but a distant second.

Since the more confounding gap in sales occurs in the high-end luxury segment, that’s what we’ll look at first. At present the Mercedes-Benz V-Class is the most expensive MPV sold in India, with the top-end Marco Polo edition presently retailing at Rs 1.46 crore (ex-showroom). The Toyota Vellfire comes next at Rs 87 lakh (ex-showroom) leaving a gaping chasm behind itself and the range-topping Kia Carnival (Rs 33.95 lakh, ex-showroom) which is yet to be bridged. Part of the reason is that the space and utility provided by the MPV is largely perceived as a matter of need and not necessity, which in the luxury spectrum, doesn’t factor into a purchase. It’s the same reason all European car brands have discontinued their hatchbacks in the luxury segment. Because they don’t signify what SUVs do – power, dominance and socio-economic upward mobility.

The SUVs value as social currency is clearly evidenced by the sheer number of models available in the portfolios of top luxury brands. Mercedes-Benz presently retails eight models, with the range-topping Mercedes-Maybach GLS on its way. BMW sells six, not counting the M variants. Neither BMW, nor Audi which is presently trailing behind, selling three models, have brought in an MPV.

Of course there’s the obvious mechanical advantage of being off-road capable, with most top-end SUVs packing all-wheel drive technology. But almost none of the modern “soft-roaders”, with the exception of SUVs specialising in off-roading like the Jeep Wrangler or the Land Rover Defender, are subject to extreme off-roading. In fact, most are now designed keeping on-road dynamism in mind, including the all-new Defender.

Most third row seats offered by SUVs are cramped due to a sloping roofline or large wheel wells eating into the space... MPVs far more preferable for larger families.

Come down the price ladder and the Innova’s popularity continues to defy the norm set by SUVs. However, the Innova remains a segment-leader, not only because it's an incredible product, but because it doesn’t have a direct competitor. In the absence of world-class models like the Ford Transit and the Skoda Enyaq, the Toyota Innova stands alone. With the likes of the Honda BR-V and the Mahindra Marazzo discontinued, several segments stand bereft of MPVs until we arrive at the Maruti Suzuki XL6, followed by the Maruti Suzuki Ertiga.

For Indian driving conditions, the MPV provides certain very specific advantages. Given the long hours people spend in traffic, MPVs make more sense than an SUV because of the spacious, and often lounge-like environment, offered by them. With the option of captain seats in the middle row, it’s also preferable for families with children, once again because of the sheer space offered by the MPV. Most third-row seats offered by SUVs tend to be cramped due to a sloping roofline or large wheel wells eating into the space that can otherwise be utilised by occupants. This makes MPVs far more preferable for larger families.

If you take off-road ability out of the equation, their family MPV trumps the SUV in terms of sheer utility, as it has just enough ground clearance, grunt and space to serve as a more effective everyday car. MPVs also offer a better view of the road for the driver, given the minivan’s significantly shorter overhangs. In fact, most crossovers have FWD (four-wheel drive), no third row and lack any real off-road ability. Internationally, most best-selling MPVs carry the same safety ratings as equally priced SUVs. Much like the humble hatchback, the MPV or Minivan appears to have a perception problem, which, once overlooked, will slide open the doors to true urban automotive bliss.
Parth Charan is a Mumbai-based writer who’s written extensively on cars for over seven years.
Tags: #Kia Carnival #Kia Motors #Mercedes-Benz V Class #Multipurpose vehicle (MPV) #Society of Indian Automobile Manufacturers (SIAM) #SUV #SUV vs MPV
first published: Jun 5, 2021 09:42 am