These authors are resurrecting unsung heroines from Indian history and mythology

Koral Dasgupta and Devika Rangachari are out to claim the space of popular fiction for women protagonists from Indian history and mythology.

Given that our spiritual tradition mentions thousands of goddesses, it is strange that our storybooks and history lessons in school hardly ever mention tales of heroic or interesting women. Where are all the women leaders and protagonists?

Modern authors are out to change the narrative. Besides historians like Ira Mukhoty and Ruby Lal and researchers like Archana Garodia Gupta who have been writing non-fiction books about queens and other powerful women in ancient India, there are also novelists who are out to claim the space of young-adult fiction for women protagonists from Indian history and mythology.

We spoke to two of them. 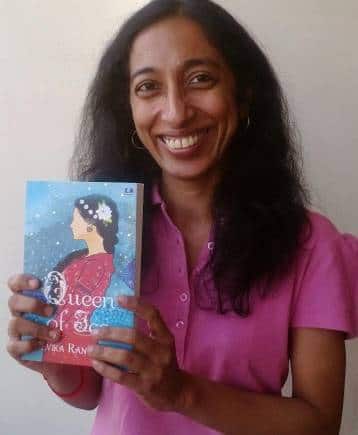 Dr Devika Rangachari has been writing on India’s historical figures for the past two decades, from Swami Vivekananada to Tenali Raman. Her award-winning 2014 novel Queen of Ice (Duckbill) has been optioned to be made into a movie/television series. This year, she has come up with a second novel, Queen of Earth (Duckbill) based on another Indian queen Prithvimahadevi.

“The writing of history is male-centred. Consequently, women from the Indian past have been made virtually invisible in the historical narrative, conveying the impression that they were unimportant parts of bygone societies,” says the gender historian who is the recipient of a prestigious national fellowship awarded by the Ministry of Culture to research aspects of gender and historical fiction in Indian children’s literature.

Her aim, she says, is to correct this one-sided picture and reintegrate women into our understanding of history. Having recently completed her postdoctoral research on gender in Indian history, Devika intends to continue writing about significant women from history who have been written out of it. She adds, “Both royal and non-royal women had a role to play in history!”

Prithvimahadevi and Didda ruled in the early medieval period—in the ninth and 10th century, respectively—carving autonomous spaces for themselves within the overarching patriarchal structure, explains Devika. “Both were aware of the manmade rules that circumscribed them but were willing to push the boundaries to see how far they could go to actualise their potential. They had a real desire to rule, to exert their presence, to leave a mark behind – and they managed to triumph over most obstacles in their path,” she says.

The two queens transgressed patriarchal boundaries in a very concrete manner by dint of their determination, ambition and political shrewdness, says Devika. Having studied both their reigns as part of her doctoral and post-doctoral research on gender in Indian history, Devika believes modern women can take inspiration from the ability of these two women to create and explore autonomous spaces for themselves. “Marriage did not define them; their motives and actions did. And this is a truth that has resonances with women even today,” she avers. Of course, there are huge differences between the early medieval period (roughly the seventh to the 12th centuries CE) and now in terms of changing social, political, economic and religious structures. But, Devika says, “What remains largely unchanged is the suspicion with which women in positions of power are viewed and the manner in which the overall narrative continues to be a male-centred one.”

The manner in which history is taught in schools only serves to aggravate the gender bias that exists in the writing of it, says Devika. “Textbooks remain largely male-centred with the arbitrary inclusion of only a few women from the past, and a focus on the clothes and jewellery they wore rather than on their actions and roles. As a result, students are given the impression that women were irrelevant parts of history and it was the men who did the things that mattered – founding kingdoms, fighting battles, enacting laws, building structures and so on.”

She hopes a more comprehensive and inclusive history will make its way to Indian schoolbooks, one that acknowledges the importance of women along with men. 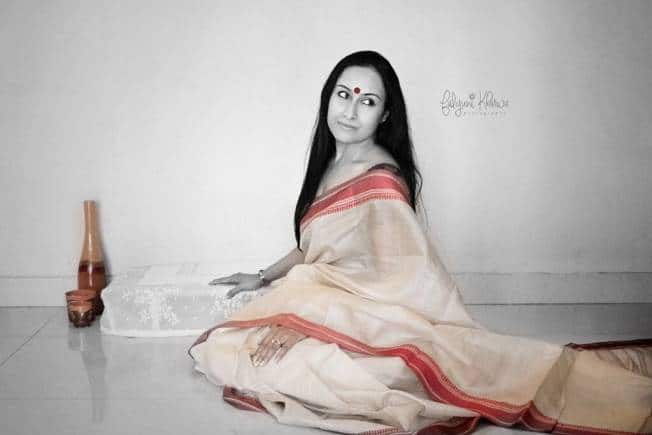 Author, painter, entrepreneur and professor, Koral Dasgupta has written four books, including three fiction titles and a non-fiction title on Bollywood. Her fourth book was optioned for screen adaptation. She is the founder of Tell Me Your Story, a story ecosystem led by crowd-sourced narratives, and is a content consultant.

Koral has recently tied up with Pan Macmillan to write a five-part Sati series on the lives of the Pancha Kanyas from Indian mythology, all of whom had partners other than their husbands and yet are revered as the most enlightened women, whose purity of mind precedes over the purity of body. Koral’s Sati series reinvents these women, and their men, in the modern context with a feminist consciousness.

The first book in the series is Ahalya. “Ahalya is the first of the Pancha Kanyas, which translates to ‘five virgins’ according to scholars. It was intriguing that all the five women, who had sexual relationships with more than one man, should be called ‘virgins’ by the ancient texts,” says Koral, adding, “It means that thousands of years ago, intellectuals and scholars emphasized spiritual purity over physical purity – a context that has been completely lost and horrifically misappropriated along the way. I had to work on this. Rediscovering these women is intellectually draining but intellectually empowering.”

Koral picked these particular women from Indian mythology to write about as, she says, they exhibited leadership in terms of their spiritual strength. “They are changemakers who make things happen. They are fearless risk-takers. Though passionate lovers and affectionate mothers, they don’t allow any worldly maya to cloud their vision of righteousness.” 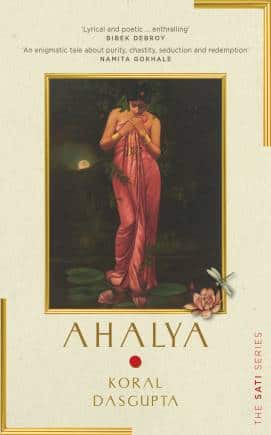 Koral sees the five women as the embodiment of purity similar to the mythological character Sati. Sati means “virtuous woman”; she was one of Shiva’s wives, who married him against her father’s wishes. When her father insulted Shiva by not inviting him to a grand yagna (sacrifice), Sati metamorphosed into an angry goddess, cursed her father, and immolated herself so that she could be born again to a father worthy of her respect. She later reincarnated as Parvati and married Shiva once again.

According to Koral, the Pancha Kanyas knew how to negotiate life without compromising on their values much like Sati. She believes modern women, too, can learn a thing or two from these mythological characters.

“In every era, intellectuals are faced with existential questions like ‘who am I’ and ‘where do I come from’. The question is even more haunting for the woman because social and cultural distinctions in gender are becoming more and more prominent as we are getting increasingly conscious of our sexuality, trying to express ourselves fearlessly and unapologetically,” she says.

Koral believes that the impression we carry of our past shapes our future: “The Sati series will give wings to those impressions, introducing India as the mystic land with sensuous legends in its myth, who were spiritually active and sexually confident, neither dominated nor intimidated by impositions of patriarchy. This should inspire all the youth of today – not just women.”