Disintegration of the men’s fab four, to injuries, age, surgeries, politics... will perhaps blend men’s tennis into a condition similar to the women’s, which hasn't had a single dominant player since 2017.

“Sadly, I will not be able to travel to NY this time for US Open… Good luck to my fellow players! I’ll keep in good shape and positive spirit and wait for an opportunity to compete again. See you soon tennis world!”

When Novak Djokovic tweeted this on Thursday evening (August 25, 2022), it ended a long-ensuing suspense over his participation in the US Open, in doubt due to US government’s vaccination policy for non-Americans and his own stand against the vaccine. His refusal to get the shot had gotten him thrown out of the Australian Open in the beginning of the year, reducing his participation to just two Grand Slams this year, one of which he won at Wimbledon. It was the last tournament he played.

For a while now, the centre of attention at the US Open, which begins August 29, had been on two players, one (Djokovic) unlikely to play and the other (Serena Williams) unlikely to last till the second week. 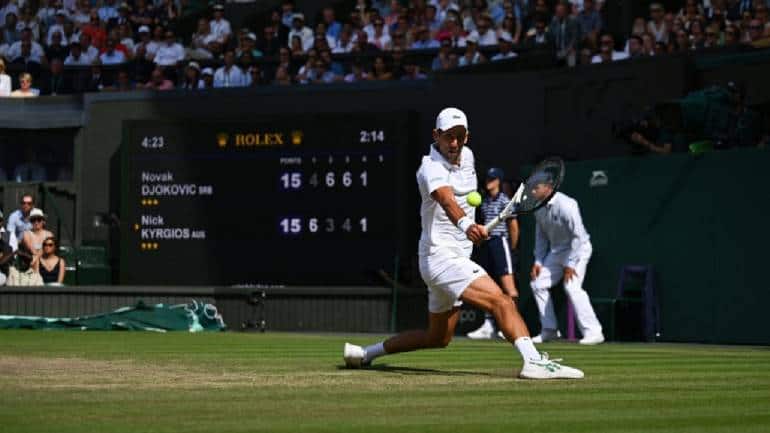 Novak Djokovic won the 2022 Wimbledon. He hasn't played a tournament since. (Source: AFP)

With his hand forced by the administrators, Djokovic’s withdrawal just before the draws were made means that the former world No.1 will have to postpone his quest for the most number of Grand Slam singles titles among men. At age 35, to lose two big opportunities, at Melbourne and now in New York, will be a heavy burden but then Djokovic is used to adversities—in life and in sport.

He declared a while ago—bravely and at risk to his own career—that he would stand by his principles, against the vaccine, even if it meant losing out on important competitions. Leading up to the tournament, the hashtag #LetNovakPlay gathered a lot of support while former players like John McEnroe said “it would be a joke” if Djokovic is not allowed to play.

Djokovic’s absence also denies audiences another diminishing opportunity, of watching the three greatest players of all time in action against each other. Rafael Nadal finds himself alone this time, without another of his long-time rivals, Roger Federer, who is still not fit to play. Having won the Australian and French Open this year (he pulled out due to injury from the Wimbledon semi-finals), Nadal would be the top choice to win here, if his health permits. It gives him a chance to lengthen his lead on Grand Slam singles titles, already at 22 over Djokovic’s 21 and Federer’s now seeming distant, perhaps permanent, number of 20.

At what figure Djokovic and Nadal eventually end up is moot, but the Serbian may perhaps be left to rue the missed opportunities, led by his stubborn stand, scepticism over the vaccine’s effects on his health and to some extent geopolitics and cultural gaps between western and eastern nations. His overall fitness, motivation and mental strength indicate that he would get more major titles. But younger opponents are catching up and the unpredictability of the times we live in throws up too many variables.

One of these two male players will probably catch up with Williams’ 23 majors, a number she will remain on, considering she is possibly playing for the last time here. Given her long break from the sport before she came back for Wimbledon, recent results and lack of driving ambition, the chances of Williams going too far ahead in New York seem bleak. Williams, who spent the last few years chasing the elusive No. 24 that would have put her on par with Margaret Court’s all-time record, may not get the fairy-tale ending she deserves. 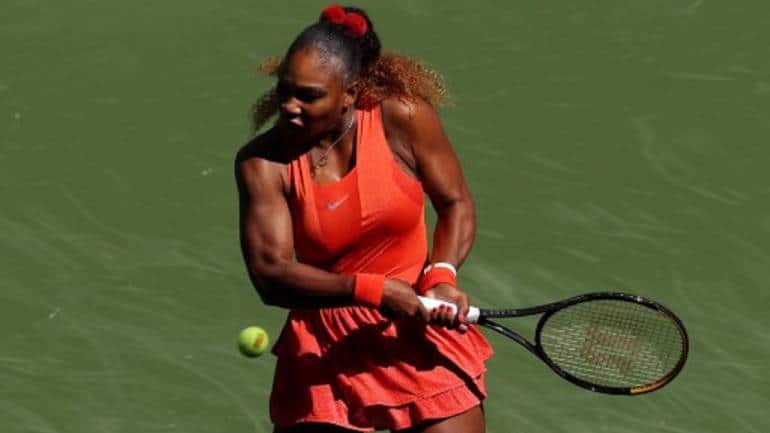 File image of Serena Williams at the 2020 US Open

The focus on these two players took away some attention from the remaining competitors at the year’s final Grand Slam. The kind of year 2022 has been, it’s become foolhardy to wage a bet on anyone, except to safely count on the top-ranked players to deliver.

A title here might take Nadal, seeded two, to number one in rankings, culminating a surprising year of successes given that he has been in and out with injuries.

Defending champion Daniil Medvedev has won just one title this year, has lost to Nadal twice and was barred from playing at Wimbledon due to his nationality, Russian. He manages to hang on to the top rank by a thin margin, but Flushing Meadows is a happy hunting ground, where he won his first major and denied Djokovic his record calendar Slam in 2021.

With Alexander Zverev still recovering from an injury that knocked him out of the French Open semi-final, the men’s draw gets further limited to the possibility of Carlos Alcaraz, Stafanos Tsitsipas or Casper Ruud winning their maiden major. A resurgent 33-year-old Marin Cilic, winner at the US Open in 2014, and the explosive but temperamental Nick Kyrgios, who surprised himself by making the Wimbledon final, round off as the wild cards. Even Williams, in her largely decorated career, finds herself in a position where she would not be considered a wild card. She has played three tournaments this year, won one match and lost three, including the latest to US Open defending champion Emma Raducanu. In the first round, Williams, currently ranked 410 in WTA rankings, plays 80-ranked Danka Kovinic of Montenegro who would fancy her chances of being the last player to ever beat Williams in competition.

The women’s draw typically tends to be more open, unpredictable compared to the men—four women have won the last four Slams. With Ashleigh Barty’s retirement this year, Naomi Osaka’s inconsistencies and Williams’ fading prowess, the women’s draw does not have an overwhelming favourite across playing surfaces.

Iga Swiatek has had a rocking 2022, with the French Open title, a record 37-match winning streak that ended in Wimbledon and 50 match wins this year. But since French Open, the then seemingly unbeatable Switek has not won a tournament or even progressed beyond the quarter-finals. Her best result at the US Open was the fourth round (last year), which could get better this year because the 21-year-old world No. 1 is a much-improved player. Iga Swiatek has not won a tournament since the French Open this year.

Among the top 10 ranked players, only Simona Halep and Garbine Muguruza have won Grand Slam titles before. Swiatek’s challenges come from also outside the top 10—19-year-old Raducanu who won 10 straight matches last year starting from the qualification rounds, 18-year-old Coco Gauff who has had a consistent year that includes a final at Roland Garros and Caroline Garcia, who is coming into the tournament in top form. That leaves Osaka, a two-time former winner, and 19-year-old Qinwen Zheng of China, who made the French Open pre-quarterfinals, as wild cards.

The slow disintegration of the men’s fab four, to injuries, age, surgeries and in one case, politics and differences of opinion, will perhaps blend men’s tennis into a condition similar to the women’s tour, which has not had a single dominant player since Williams won her last major in 2017. Having said that, Nadal still seems to have the drive to continue playing, Federer is threatening to return soon and Djokovic, barring the vaccine compliance, is still the player to beat in any tournament, provided he gets to play in it.

Twenty years ago, Pete Sampras won his 14th Grand Slam title at the US Open, to never play competitively again—ending his celebrated career with a title win. Williams might want to do that, end on a high, however implausible it might seem. But the fact that Sampras’ record has not just been broken but decimated by a distance by three men playing at the same time, is indicative of how far men’s tennis has come. Sampras retired at 31 while Nadal and Djokovic are still going strong in their mid-30s, further emphasising longevity, improved fitness and nutrition standards.

The Sampras era ended in 2002; another one may begin in 2022 as Djokovic hangs on to the cusp of an all-time number.
Arun Janardhan is a Mumbai-based freelance writer-editor. He can be found on Twitter @iArunJ. Views are personal.
Tags: #Novak Djokovic #Rafael Nadal #Serena William retirement #Tennis #US Open
first published: Aug 27, 2022 05:02 pm